Bill Of Lading – In a layman’s language, one who possesses the original bill of lading is the owner of the Cargo. Bill of lading is a receipt and should not be mistaken for a contract of carriage. Primarily, it is a document under which cargo is carried onboard. Also defined as a receipt of goods, signed by the master on behalf of the ship owner, it constitutes a document of title to the goods specified in it.

On 11 December 2008, the UN General Assembly adopted the “Convention of Contracts for the International Carrying of Goods Wholly or Partly by Sea” and authorized a signing ceremony for the Convention to be held in Rotterdam, recommending the new convention to be known as the “Rotterdam Rules”. 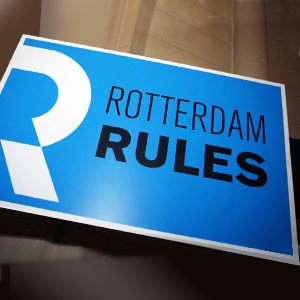 The “Rotterdam Rules “consists of 96 articles and has 24 countries,  including United States of America, who have signed the convention so far. Spain is the first and only country to ratify the Rotterdam Rules so far.

However, ratification still remains a burning and debatable issue in regards to its extended liability for the contract of carriage and moreover its implementation as a new set of rules which needs to be comprehended, due to its vast text and complicated clauses.

Above all the whole convention if implemented will make a major change in the working practices, interpretation and ease of operation in the shipping trade. Despite all these reasons, various ship owner associations are favoring the rules due to their feature to achieve global uniformity for liabilities of carriage of cargo and are keen to implement the rules which will replace the paper documentation involved with Bill of Lading. This would facilitate e – commerce through use of electronic documentation.

The Rotterdam Rules has created widespread support for the convention which will come into force one year after the 20 UN member nations have ratified it.

Hague Visby and Hamburg rules of carriage of goods by sea -deals with liabilities of carrier (a person who carries objects for others) only from loading of goods onboard ship up to the discharge of goods ashore or at the terminal and not up to the actual receiver.

However, Rotterdam Rules extend this liability to door-to-door delivery and carriage, or can be explained at the start, when the carrier receives goods from the load port and ends when the goods are delivered.  These rules provide the flexibility that  the ’ door  to door ’ contract can be limited to ‘port to port’ contract or if parties agree to restrict their liabilities to a certain leg excluding or including  land legs.

Hague Visby rules comprises of several exemptions including the error in navigation which limited the liability of carrier. On the contrary Rotterdam Rules have adopted a fault based approach. They limit the list and scope of exemptions provided to the carriers. Under these rules the carrier and the crew including Master can be held liable for damage, losses or delays arising due to negligent ship management or navigation.

Rotterdam Rules emphasize on liability being imposed on the carrier if it has been established that the delay, damage or loss occurred due to fault or conduct of carrier or lies within the period of carrier’s responsibility. These rules relieve carrier in case of fire or peril at sea if the cause is not related to carrier’s fault. Hague Visby rules required the carrier to ensure that the vessel is seaworthy before and at the beginning of the voyage. Including the above, Rotterdam rules require vessel to be seaworthy throughout the voyage by sea.

The carrier while issuing the electronic record to holder should also include a statement that it replaces document form and all copies of it. The same procedure can be reversed to replace the electronic form of document issued under the convention to paper form .Thus the electronic format of Bill of Lading if accepted will be of great help in achieving cost reductions, since paperwork accounts for considerable cost in maritime industry.

Info: As per a research it was concluded that transporting a single consignment averagely includes 36 original paper documents and approximately 240 copies from 27 parties. As per an estimate from the World Bank paper documents waste 7 % of the total value of world trade which in terms of cost amounts to USD 660bn annually.

Parties often run independent IT systems to prevent data sharing and hence 80 % of the data on the documents needs to retyped , which  is time consuming and prone to errors and variances. 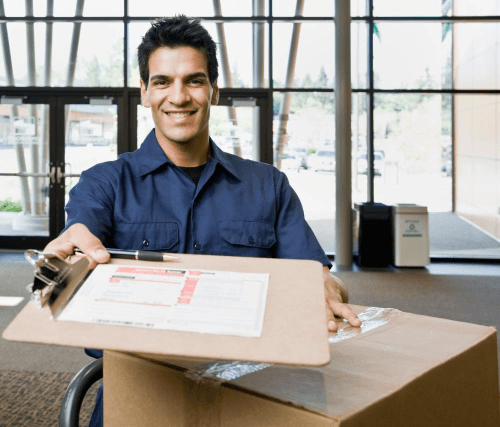 The rules which are talk of the town these days are waiting for ratification and once enforced will have far reaching impact on maritime trade and its legal aspects. Offering e – Documents to replace Traditional Bills of lading is a major selling point of the Rotterdam Rules. Already, some IT providers, such as Electronic Shipping Solutions, GSA are offering them because of their promising capabilities for ease of access to information and how e commerce will transform relationships between transport service providers and their users by making it competitive and highly responsive.

Huge response and support is being observed from ship owners too due to their flexibility in terms of Contract for carriage of goods and the savings they offer in terms of waste reduction and electronic format.

United Nations Convention on Contracts for the International Carriage of Goods Wholly or Partly  by Sea – the Rotterdam Rules .