How many maritime accidents, apart from the irremediable cataclysm of the Titanic, have ever shocked the hell out of you? How many of such incidents are you aware of? The world has witnessed too many of these disastrous fortuities that had been the most unfortunate ones to have brought dire consequences on the face of the earth.

For one and all, one can surely remember the infamous cargo ship accident of the MV Tricolor, the 50,000 tonne, £25.1 million ($39.9m) worth Norwegian-flagged vehicle carrier, esteemed for getting involved in three English Channel collisions within a fortnight, resulting in massive damage, marine pollution and probably the biggest loss in auto exporting industry. 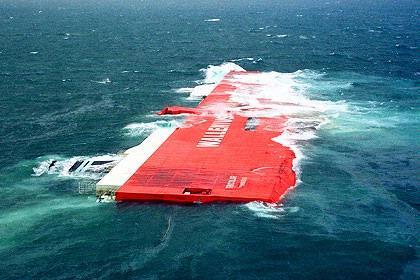 On Dec 14, 2002, in the early morning’s thick fog, on its way from Zeebrugge to Southampton, the MV Tricolor, with a load of almost 3,000 BMWs, Volvos and Saabs, collided with a 1982 Bahamian-flagged container ship named Kariba, about 20 miles north of the French coast in the English Channel. Albeit scathed enormously above the water line, the Kariba could continue on while the MV Tricolor remained wedged on her side in 30 metres (98 ft) of deep waterway. 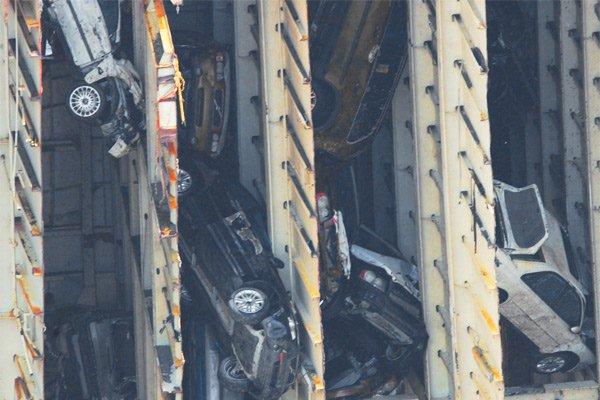 Apparently no lives were lost as the crew 24 persons onboard were rescued unharmed by the Kariba itself and another tugboat named Boxer. But approximately 2,862 cars & 77 units of RoRo-cargo, consisting mainly tractors and crane parts, could not be salvaged. Per Ronnevig, spokesman for shipping firm Wilhelmsen Lines, owner of the carrier, said regretfully: “I think we must consider it lost. She probably capsized when she went down. It means that all the cars are probably lying in pieces down there.”

The shipping lane, being one of the busiest ones, had been buoyed off and guarded by the French police vessels Glaive and HMS Anglesey along with a few more, in order to alert other ships to the MV Tricolor’s presence. Despite that, only two days later a cargo ship, Nicola, , followed by another vessel, Vicky, carrying 70,000 tonnes of highly flammable gas oil, crashed into the wreck of the MV Tricolor on Jan 1, 2003, after failing to heed to several French naval warnings. On Jan 22 the third unfortunate accident succeeded when a salvage tug knocked a safety valve off the Tricolor, resulting in massive oil spill. 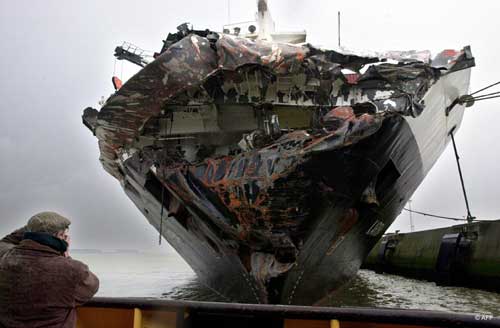 These prioritized the rescue operation which was taken over by the Dutch company SMIT Salvage Co. On February 25, 2003, it was reported that oil recovery operation from the wreck of M/V Tricolor has been completed, which was precisely the oil that can be safely reached & pumped. The salvage team spent 3 months splitting MV Tricolor wreck into 9 sections of 3000 Tonnes each ‘like cheese.’Sections of its hull were taken to Belgian port of Zeebrugge and all the luxurious cars, removed and destroyed. Peter Holloway, managing director of London Offshore Consultants, said: “Essentially we couldn’t consider it a ship anymore, just a pile of scrap.” The operation took over a year and was declared completed on October 27, 2004. 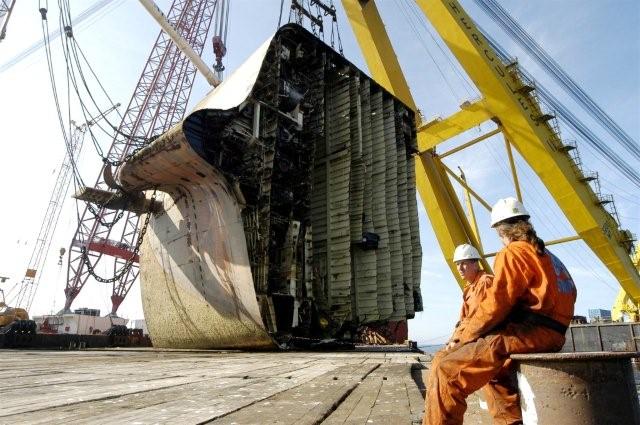 Besides the heavy loss on economy including the estimated operation cost of around £25m, it contributed a lot to marine pollution and environmental contamination by spilling large quantity of oil, which were believed to have affected seabirds. The Royal Society for the Protection of Birds estimated more than 1,000 birds to have been found dead or damaged by the oil of MV Tricolor.