A construction that was envisioned as the ultimate cruise vessel, turned into a hospital ship before finally being transformed into a navy personnel carrier, MV Wilhelm Gustloff was a German ship which was sank by a soviet submarine. More than 1500 people died in this worst peacetime maritime disaster.

The vessel’s christened name was the Nazi way of immortalising one of their party members, a commander of the National Socialist Party in Switzerland. The vessel was originally designed to be the best cruise ship, offering both luxury and a distinct lack of societal class distinction. 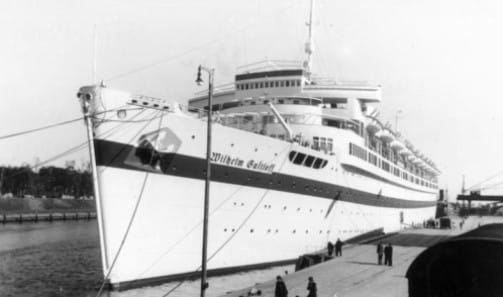 The construction for the ship was started under Hitler’s command in the late 1930s, though by the time the construction was complete and the vessel was put to use, the Second World War had broken out. Gustloff was resultantly converted into a hospital ship to carry injured naval men and civilian persons – quite a downturn from the elaborate envisioning for its life and times.

Life and Times of the Hospital Ship

The Gustloff started its life as a hospital ship in the year 1939; two years post its launch as a cruising vessel. However even as a hospital vessel, she was marginally utilised (1939-1940) before she was yet again re-furbished to serve as a carrier to house the crew of the German submersibles.

Her position as a carrier vessel for crewmen was in the Gdynian – then known as Gotenhafen – port, in Poland, where she was moored till she was re-commissioned in the historic Operation Hannibal. While functioning as a housing vessel, the Gustloff provided accommodation for almost 1,000 naval personnel.

In the year 1945, the Second World War had come to a head. The Allied powers were unanimously winning, while all German strategies were falling apart right in front of their eyes. The Operation Hannibal was the last-attempt by the German forces and commanders to salvage their wartime losses and create a survival story of their own. 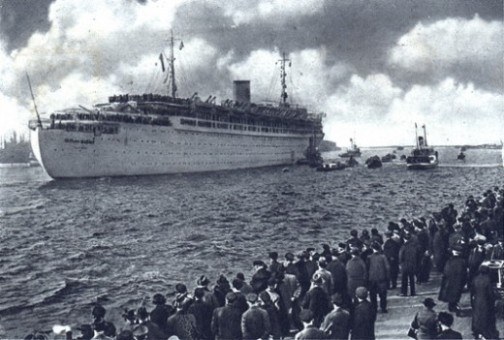 The operation involved providing a safe place for all German troops and civilians trapped in the Soviet Union’s marauding path in the Nazi-occupied Poland, through the marine route. At the time of the Gustloff sinking, there were estimated to be over 10,000 people housed within it.

Along with the Wilhelm Gustloff, there were other vessels that were mobilised to carry out similar operations. Gustloff itself was in the command of four captains, three naval captains and a civilian skipper, who were in-charge of the people aboard the vessel.

The Gustloff sinking happened in the Baltic Sea, when the Soviet submersible S-13 under the skippering of Capt. Marinesko, fired missiles and torpedoed the German vessel. In the many decades, since the incident occurred, there have been many who have raised the question of whether the incident could have been averted.

The most-experienced of the four skippers in the hospital ship decided to steer the vessel in the clear sea instead of steering it near the sea-coasts. Both routes had dangers – the former had the threat of Soviet submersibles while the latter had the threat of underwater explosives. However because of the insistence of the skipper, the former route was chosen and the lights of the German vessel were lighted to help any other German vessels in the vicinity to take notice.

Contrarily, the lights also attracted the attention of the submersible which led to the vessel being attacked and a huge chain of events being unfolded. Out of all the people aboard the Gustloff at the time of the ship sinking, only a handful – around 1,200 – could be saved. The rest sank into the freezing depths of the Baltic Sea, never to be heard of again.

The maritime disaster of the MV Wilhelm Gustloff is one that will haunt the German nationals forever. It is a repercussion of the over-confident Nazi mentality, a result of lofty aspirations and the lack of ability to achieve these aspirations. The people who lost their lives may not be martyrs in the literal sense of the word but they did sacrifice their lives, for their country and countrymen.