There have been such maritime accidents in the past that have surpassed human capability to fathom the consequence of an untoward disaster. Causes of each accident could have been different and reasons could have been many but the aftermaths have always been drastic and horrifying. In a huge list of such catastrophes, the Kursk disaster is slotted right on top.

The Russian submarine Kursk took its name from the city of Kursk where the battle of Kursk was fought. This battle which took place in the year 1943 is regarded as the biggest warfare in terms of the army combat tanks utilised. 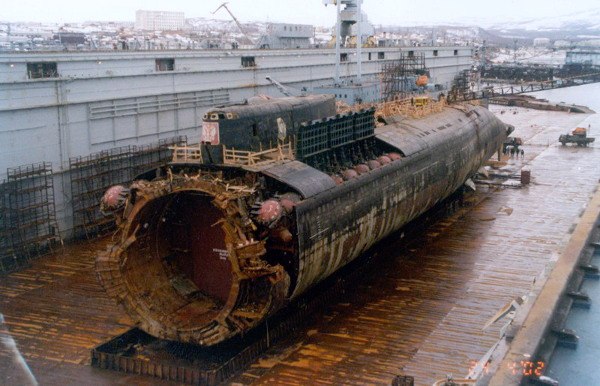 The import and the need to understand the Kursk submarine disaster is not just because of the mishap that occurred but also because of the very nature of the naval vessel and the theories that followed its sinking in the Barents Sea on the 12th August 2000, 11.28 am as per the local Russian time.

Submarine Kursk was a nuclear submarine and from the dwindling Russian military point-of-view, its relevance to assert Russia’s dominance in terms of nuclear power was enormous. However, what was supposed to be routine military practising turned out to be worst nightmare for the members of the highly sophisticated Russian submarine, categorised under the K-141 cadre, which exploded and perished in the deep blue sea killing everyone on board.

Post the incident, some of the various theories that were raised can be listed down as follows:

However the most concrete and the high substantiated theory is that of the usage of inferior quality propelling fuel in the submarine torpedo, triggering off an explosion while the regular mock military activities were being carried out. The usage of Hydrogen Peroxide in the torpedo contained in the submarine has been deemed as the major culprit, setting off an explosion leading to another explosion of even higher proportions. In this context, it needs to be noted that the British navy had banned Hydrogen Peroxide to be used as a liquid propelling fuel because of its highly combustible and volatile nature.

The consensus on the time-line of the casualty, as per the other military vessels in the area, is though settled at two explosions occurring within a time-gap of two minutes between them. The impact of both explosions ranged in the trinitrotoluene(TNT) force scale, with the first explosion releasing around 100-250 kg worth of TNT force and the second releasing about 3-7 tons of TNT force.

When measured on the Richter scale, the density of the first explosion came to 2.2 while the second explosion had a density of about 3.5 to 4.4. When the submarine exploded, 95 members of the 118-man crew died immediately while the remaining 23 battled for their lives for nearly 24-hours in an inner room before succumbing to a horrifying death.

The force and impact of the explosions on the submarine for quite a while led to fears about a looming nuclear disaster. But these fears were soon put to rest as it was found out that there was no abnormal nuclear activity being carried out on the submarine and that the nuclear reactors on the submarine were shut.

The most striking factor about the incident is about the Russian officials’ continued denial to accept the enormity of the situation and their arrogance to shun the foreign rescuing help that came from the United Kingdom and the United States. This outright refusal to accept the much-needed help which could have saved the 23 lives aboard the ship portrayed the Russian government in an utterly bad light.

When the Russian government finally relented and foreign rescue aid was allowed to be carried out five days following the accident, it was much too late for the crew of the Kursk submarine. All the 118 members had perished. In a way their death was quite poignant, for these men often went without getting a proper salary in return for their dedicated naval services. In a bid to reach the once-attained pedestal of military supremacy and unwanted pride, innocent lives were sacrificed. The submarine was finally salvaged and its remains were raised by a Dutch operation carried out in the year 2001. Out of the 118 dead, bodies of 115 members were recovered providing a much needed consolation to the families of the dead crew.

More than a decade has passed since the Kursk disaster took place. People across the world might have forgotten the submarine Kursk but for the parents and other loved ones aboard the submarine, it would be a date that could never ever be forgotten. The Kursk submarine and its crew might have gone forever but the thought of whether the disaster could have been prevented will always linger on.

The Unexplained Mystery of the Sea Serpent

Knowing the Legendary Ship Mayflower: The Vessel That Changed History and Brought to America Its First Pilgrims

The History of Sailor’s Valentine

The Complete Story of the Exxon Valdez Oil Spill
Want to share your tips and advice? Got questions? Visit the community forum to ask questions, get answers, meet people, and share your tips!