Titled Her Majesty’s Victorian Ship, the HMVS Cerberus was a prelude to what became a revolutionary class of war vessels in the latter part of the 19th century. Built for Victoria, the largest individual colony under the British Empire then, the Cerberus is named for the tri-headed hound that guards the netherworld in the Grecian mythology.  HMVS Cerberus was the first Breastwork monitor warship in the world.

The ship’s design was provided by Edward Reed who was the noteworthy architect in the British Royal Navy of that era. 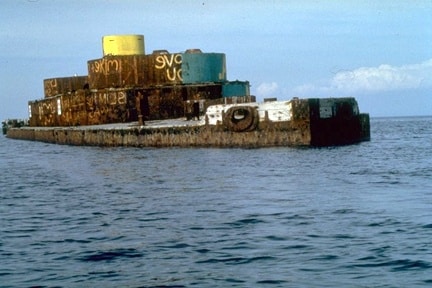 Unlike her predecessors, who still incorporated the usage of sails, the Cerberus was designed to be mobilised in the water fully with steam force.  Noting the success of the warship, six other vessels were built with the same designing as that of the Cerberus in the following years.

Apart from the non-sail aspect of the vessel, its other salient features can be listed as follows: 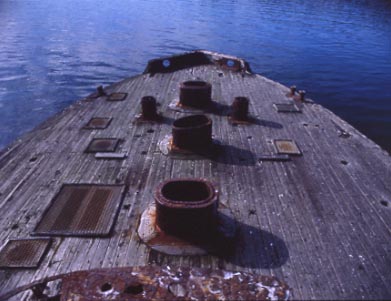 The HMVS Cerberus served not only the Victorian colony but also the Royal Australian Navy as HMAS Cerberus, after the country of Australia was unified through the colonies’ unification. In its entirety, the war ship had put in a lifetime service of over five decades between the 1860s and the early 1920s.

In the year 1924, the Cerberus was pulled from active duty with a distinction of not having shot a single gunfire in its over-50-year career. She was sold to a marine salvaging company and then later on the ship wreck became a bulwark in the Half Moon Bay in Melbourne. 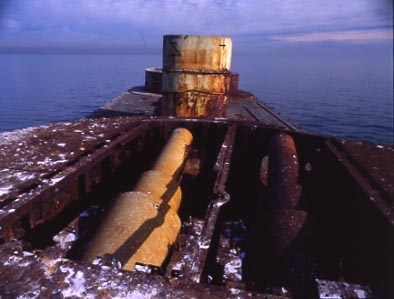 The warship shipwreck still rests at the Half Moon Bay, albeit more precariously than when it was first brought to the location. Where once the hull of the vessel was visible and people could explore the vessel from prow to stern, through the various openings in the ship wreck, over the years, the wreck has started to go down under the water.

Preservationists and conservationists wanting to hold to their heritage have come with various solutions to ensure that the spectacle of the shipwreck of the HMVS Cerberus is not lost forever.

Organisations like Friends of Cerberus have come up and through donations and pledges have managed to bring in the required attention of the authorities. Grants allocated by the authorities have also helped in rescuing the vessel from further dilapidation. 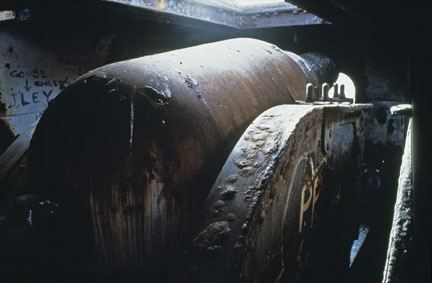 As a note of positivity, it has recently emerged that the subdivision of international conglomerate BMT Technologies – BMT Design and Technology – has been awarded with a contract to ensure the full restoration of the HMVS Cerberus shipwreck. By utilising modern technological aids, it can be hoped that the war vessel will be preserved for many more years to come.

The Cerberus has been placed in the Australian National Heritage List and is the first ship to be granted the title of being a location duly filed and registered. While the vessel for all practical purposes was built to be a prototype, it cannot be denied that as the first war ship equipped with detailed armoury, the Cerberus did transform the potential of the then-Victorian navy.