In 2012, the world observed the bereaved centennial celebration of the sinking of the Titanic, the world’s most widely known and esteemed ship of all time. It’s collision with the iceberg was very unfortunate, if not unforeseen too, but it propelled the maritime nations with the establishment of International Ice Patrol (IIP) for proper iceberg monitoring to avoid future occurrences of similar disastrous events. However, the Titanic was neither the first one nor the last ship to ever hit the iceberg and sink. Herein are mentioned world’s top ten ships sunk by accident with icebergs (in terms of lives lost).

Islander was mammoth of a schooner-rigged steamer, weighing 1519 ton. Built in 1888, it was the most luxurious steamer for the Inside Passage to Alaska. On August 15, 1901, it hit an iceberg, at Pt. Hilda, Douglas Island, Stephen’s Passage, Alaska, on its way from Skagway to Victoria. 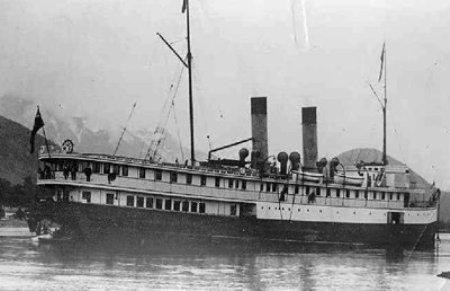 The strike punched a hole in the forward port quarter of the ship and made it sink right away. Islander went down with approximately 40 lives and about $3 million worth of gold, $0.24 million of which was recovered later. In 1934, the ship was raised from Green’s Cove, near Admiralty Island, Alaska.

On April 19, 1841, on its way from Liverpool to Philadelphia, William Brown collided with an iceberg in a gale, 250 miles southeast of Cape Race, Newfoundland. 33 passengers, out of total 83 people onboard, went down as the ship sank. 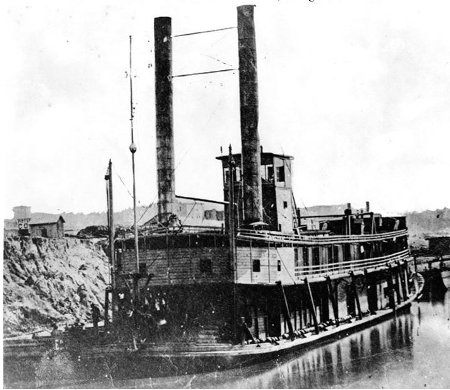 The rest took an overloaded lifeboat. While all of the crew remained aboard, 17 passengers were thrown out to lighten the load. The survivors were later picked up by the Crescent and transported safely to St. Pierre.

Built in 1826 at New Brunswick, Canada, the two square-rigged mast ship Hannah had fallen prey under heavy winds floating ice, while fleeing emigrants from Newry to Quebec City, during the Irish Famine in 1849. The impact with an iceberg, on April 29, drilled a hole in the hull of Hannah, causing it to sink in 40 minutes. 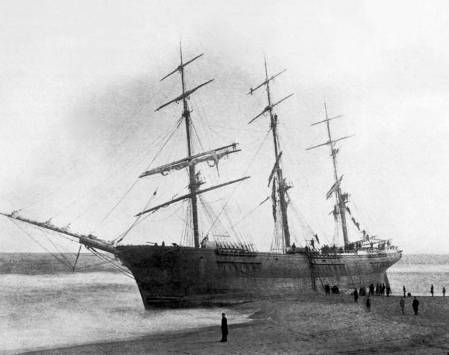 The owner, Samuel Shaw fled in the only lifeboat, leaving behind around 180 passengers trapped in the waters. 50 of them could not be saved, when a barque, Nicaragua, appeared the next day for rescue operation. Documentaries like The Ice Emigrants and Famine and Shipwreck, An Irish Odyssey provide vivid imageries of the tragedy.

On February 11, 1893, the Naronic left Liverpool for New York with 74 people, 3,600 tons of general cargo, and over 1,000 tons of coal onboard. But, what happened to it after dropping the pilot off in Point Lynas, Wales, still baffles the understanding of consequences. In early March, about 150 miles north of where the Titanic sank, two lifeboats, one overturned, the other one half-flooded with water were the only wreckage ever found, bearing Naronic’s name. 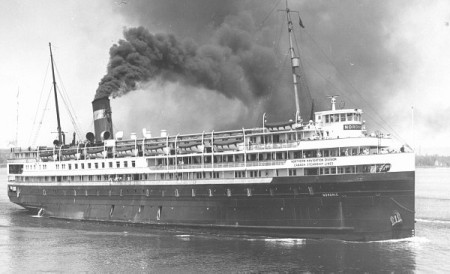 The initial assumption, by the White Star Line, of the Naronic hitting an iceberg was refuted shortly. To add to the drama, from March to September that year, within a span of 6 months, 4 messages in bottles washed up ashore – one in the New York Bay, the other ones in Virginia, in the Irish channel and in the Mersey River. The messages stated that the ship had stuck an iceberg and was sinking. However, the British Board of Trade opposed to the legitimacy of the messages as the signatures did not match with any of the passengers or crews.

The French Brig Vaillant, on April 13, 1897, on its way from St. Malo to St. Pierre, collided with a dark and foggy huge iceberg off the southern banks of Newfoundland, resulting in a loss of 78 lives. Amidst the chaos, seven people had managed to set sail on a boat, which drifted for five days in the Arctic cold. Three of them died from starvation, the rest of four were rescued seven days later, by another boat, Victor Eugene. It is believed that the four survivors had resorted to cannibalism, off the dead bodies of their comrades, to ensure their survival.

Often called the ‘Little Titanic’ or the ‘Danish Titanic’, the 2,857-ton freighter, Hans Hedtoft was tagged with a jubilant label of the ‘safest afloat’. Despite that, on its return maiden voyage, from Godthabb to Copenhagen, it hit an iceberg, on January 30, 1959, about 20 nautical miles southeast of Cape Farewell. The SOS was responded by a West German trawler Johannes Kruss, and, amidst high waves and snow squalls, it strived to pick up the faint traces of the distress signals. 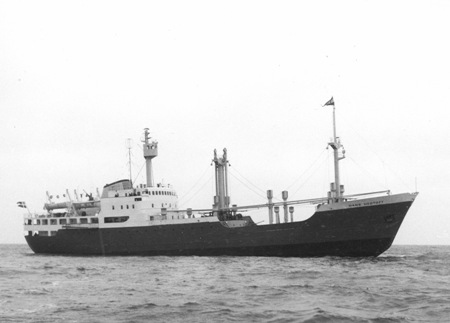 But when it reached the last reported position, there was no sign of Hans Hedtoft. Rescue operations followed up for many days, but the only identified piece of wreckage was a life buoy which washed ashore nine months later, on Iceland. The sinking of the Hans Hedtoft remains an unsolved mystery, which took away the lives of 95 people onboard – 40 crew and 55 passengers.

The Maria was a popular emigrant ship, which had made numerous voyages across the Atlantic, until it arrived on the fateful day of May 10, 1949, when it encountered severe weather and ran into an iceberg, 50 miles off St. Paul’s Island. The ship was on its way to Quebec from Limerick with 121 people on board. The strike stove it bows and made the sea rushing into the hold. It foundered almost immediately. 3 of the crew were saved by a boat that drifted from the wreck. Around 20 people hurried to the deck and jumped on the ice, or hung to the floating spars. Only 9 of them could outlive the most inclement weather, which made the total number of survivors 12, when they were rescued the following day by the Roslin Castle – a barque and the Falcon – a brig and were taken to safety in Quebec.

On January 16, 1856, the American ship John Rutledge left for New York from Liverpool, with 16 crew men and 120 passengers. During the transit, two people were perished due to the terrible weather conditions. On February 19, the ship knocked against an iceberg, which broke in its bows. The water, pouring in, could not be pumped out, and before it would have sunk, everyone onboard abandoned the ship on 5 boats. Unfortunately all the lives were lost in the sea, except one Thomas W. Nye, starved and frozen to death. After drifting for nine days, he was rescued by the ship Germania, from a lifeboat, full of dead bodies, which were then cast into the water.

Pacific was built to outclass all transatlantic steamers in the 1850’s. On January 23rd, 1856, the ship departed for New York from Liverpool, with 186 people onboard – 45 passengers and and a crew of 141, but neither did it reach its destination, nor any trace of it could be found later. However, in the summer of 1861, a note in a bottle was found washed ashore on the Hebrides island of Uist. It was from a William Graham, which said –

“On board the Pacific, from L’pool to N. York. Ship going down. Great confusion on board – icebergs all around us on every side. I know I cannot escape. I write the cause of our loss that friends may not live in suspense. The finder of this will please get it published.”

Based on the weather condition then, it was assumed that icebergs had sealed the ship’s fate.

The most disastrous sinking incident ever occurred was that of the Titanic. Touted as the ‘unsinkable’ and ‘safest ship ever built’, it commenced the maiden voyage on April 10, 1912, for its destination of New York City from Southampton. No luxury was compromised with the elegance of first class accommodation, but a mere 20 lifeboats fell well short to accommodate all, when the actual necessity arose. Four days into the journey, on April 14, it collided with an iceberg, approximately 400 nautical miles south of Newfoundland, Canada and began to slide beneath the waters. 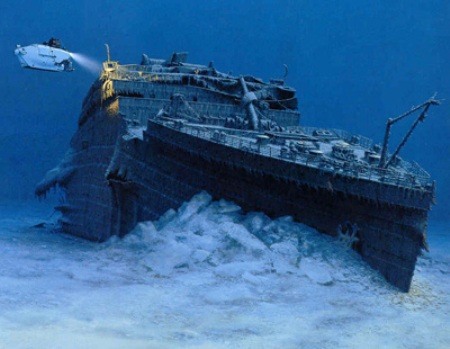 A life jacket for each passenger obviously couldn’t compensate for their safety in a lifeboat, especially at -4⁰C sea temperature. A fifteen hundred people were left behind, running panicky, terrified at the horror as the ship broke in half and sank in less than 3 hours post-collision. The liner Carpathia, rescued 705 survivors, the next morning. The death tally registered a loss of 1522 passengers and crew. On September 1, 1985, the wreck of the Titanic was found lying on the ocean floor at a depth of about 13,000 feet, by a joint US-French expedition.