What is the recipe for good habits on ships? The answer to this question is what we need to inculcate in our value system. We must try to foresee a situation that might develop on ship and align ourselves accordingly for “action to be taken”. This is meant for everybody on board ships, but extremely important for the Chief Engineer and the Master.

Situational awareness has very rightly been adopted by the STCW code as a key measure. In fact, it’s a prerequisite for safe operation of ships. Through situational awareness we can improve vessel resource management skills to a great extent. How to marshal resources on board ship is an art and we need to learn that. In this article, I have described some of my real-life experiences to explain the importance of situational awareness on ships.

Once we were coming out of the Sea of Japan and heading for the Mokpo port, when suddenly the visibility became almost zero due to thick fog. The master of the ship called me to the bridge, gave me a radio, asked me to stand near the port bunker station, and update him about sounds of fog horns from any nearby vessel getting louder or fainter. After one hour, the visibility improved and we saw two vessels standing close to each other; but due to effective marshalling of resources and utmost care, an incident was avoided. 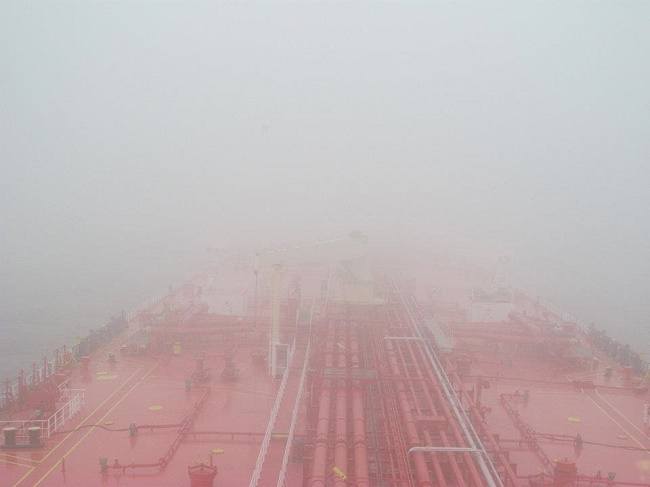 Next when I was in Japan for a briefing by the shipping owners, the Marine Superintendent brought a chart of Karwar port (they had an incident of anchor dragging and subsequent touching of bottom earlier on a ship) and asked me what you would do if you are going on a car carrier and need to anchor at Karwar. I thought for a moment and as a result of some fine training by my masters, answered him that I will not anchor the ship but would report to the port authority and go out and drift. The superintendent was very pleased with my answer.

I also told him that charts are often not updated vis-à-vis the marked depths and thus we need to be careful in such waters. For e.g. in Lagos, if you are not berthing and are anchoring for the night then you are inviting trouble. Ships must go out and drift. We generally get lazy to drift because of the need to keep watches or to avoid slight discomfort when the vessel is pounding due to tides (I can clearly recollect excessive rolling at Sandhead anchorage).

Some years back we were anchored at Chittagong. It was a smaller vessel with two hatches. We were playing carom in the recreation room and waiting for the lunch, when a ship passing by for berthing suddenly started drifting on to us and plucking away our port anchor. Later, the port authorities blamed us and said that we are anchored in the channel.

When we came alongside, we were asked to report to the office of the DC. The Captain took me along. While presenting our case, I spoke, Sir, if we were anchored wrongly, the port could have warned us. Listening to this, the captain immediately took charge saying, please don’t listen to him, he is a new chief and has no idea. Please come for lunch on board my ship tomorrow and I will explain everything to you. Next day the DC came and was very happy to see us conducting as a family and gave us the clean chit.

We should always prepare ourselves according to the area of our next trading and know how to handle engine room machinery accordingly. If we are going to a hot area, we must clean the Auxiliary condensers. If we are going to cold area, we should try out our sea water re-circulation valves and test the accommodation steam lines. These are just few of the many examples; a lot more needs to be done, including the deck machinery, which we normally forget.

We should also take into account how the situation awareness enhances the individual’s ability to perceive and interpret information.

For instance, once we were loading aluminium bundles at Calcutta. When the loading was finished, the stevedores and the agent wanted us to sail. However, our old Captain was aware of the adverse situation. He called me, took me to the hatch coamings, and asked me to tell him if I had found anything wrong. I told him, Sir, don’t you think that these bundles will shift enroute. He was very satisfied by the answer.

The stevedores were still not listening to him. However, together we put pressure on them to do proper lashing before we sail. On arrival discharge port, when hatches were opened we found two bundles shifted despite lashing.

Also, close examination of the hull to ensure structural safety and effective lashing (or trimming) of the cargo should be our constant endeavor. And, of course, achieving optimum trim and reducing speed in rough weather due to head sea swell and to avoid (or not to avoid) surpassing EEDI are subjects that need our utmost attention.