You are here: Home › Marine Navigation › What is Monkey Island on Ships?
TwitterFacebookLinkedInPinterestBuffer

The term “monkey island” refers to a place on the ship which is located at the top most accessible height. Technically, it is a deck located directly above the navigating bridge of the ship. It is also referred to as the flying bridge on top of a pilothouse or chart house, and also as the ship’s upper bridge. Sailors would use this place to perform solar and stellar observations.

During the ancient time, when ship used to have masts and sails, the monkey island was also supposed to be located about 3/4th way up the main mast on few ships.

There is no solid evidence or proof to back the origin of the term “monkey island”; however, there are a few theories that believed to be the reason behind the usage. 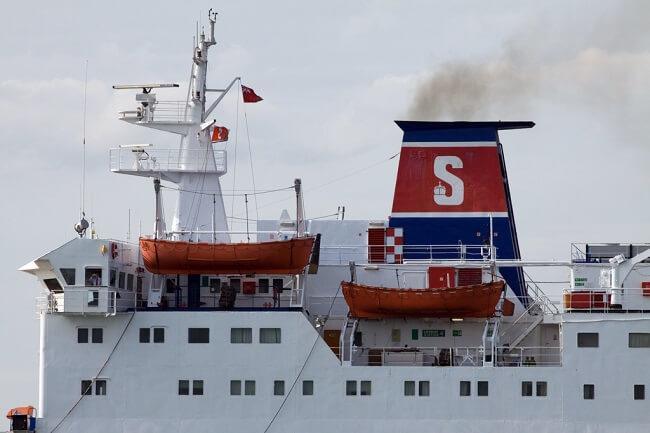 According to this theory, some people believe that as the monkey island was located at the top of the main mast of sailing ships, sailors had to scramble up the ship’s rigging to free or repair the sails and rigging or to keep a lookout for icebergs , reefs, or land. Because the sailors had to climb as the monkeys do, this topmost place was termed as Monkey Island.

According to this theory, it is believed that in the ancient days, cannon balls were stored aboard ships in a brass frame or trays called “monkey”. During extreme cold climatic condition, the brass trays would contract and spill the cannon balls.

Hence, a humorous reference was established that the climate was cold enough to freeze the balls of a brass monkey. However, this theory is hardly believed to be true because of a number of reasons:

Though there is no concrete theory to back the origin of Monkey Island, the term is still extensively used even on modern ships.

One of the most important equipment carried on the monkey island, that is mandatory as per SOLAS carriage requirements, is the magnetic compass. SOLAS states that “All ships irrespective of size shall have a properly adjusted standard magnetic compass or other means, independent of any power supply to determine the ship’s heading and display the reading at the main steering position”. A periscope leads from down below the compass to the bridge to give the OOW the magnetic heading

Maintenance of the monkey island is imperative owing to the sheer importance of the equipments that are housed there. The monkey deck must be derusted, painted and cleaned as per the ship’s schedule to prevent buildup of salt particles, dust and to reduce damage due to exposure to the weather. The deck, being exposed to the weather and the sun at all times makes it more vulnerable to damage. Cleaning of the deck must be done using freshwater if possible (using the kew pressure washer to ensure all dirt is removed). While all shipboard equipments are sturdy and made to withstand extreme conditions, proper maintenance of the monkey island and the items it houses will only increase their longevity.

10 Types of Decks Every Seafarer Should Know

Introduction To Ship Load Lines
What are Vessel Traffic Services?
Different Entries To Be Made In Bridge Log Book of The Ship