In the previous article – Mastering Ship’s Navigation –Part 1, we explained as to how a deck officer can use the forces of wind for maneuvering the ship safely and efficiently.

In this article, we take into consideration a totally different aspect which also plays an equally important role while maneuvering a ship at the sea. Let’s find out how a ship can be controlled under various effects of ocean currents.

The effects of ocean current

Ocean currents play a very important role in ensuring the stability of the ship.
The effect of currents therefore must also be considered when handling ships in waters. 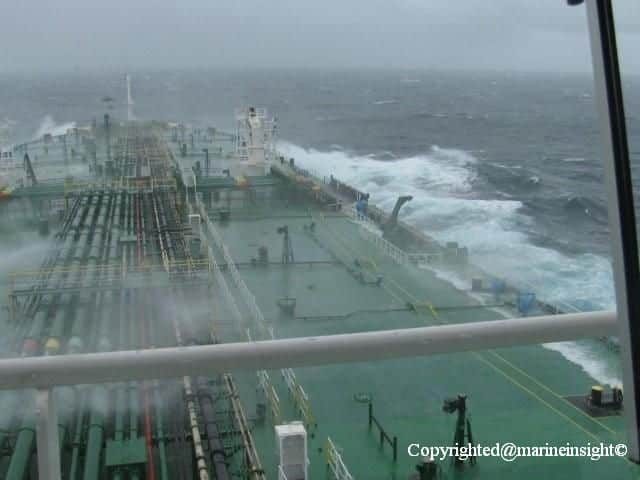 Effects of current are important especially when the ship is under the effect of on shore winds, near off shore platforms, while maneuvering in narrow channels  and open seas, or in inland waters or harbors. When the ship is in harbors or inland waters and the current is at constant strength and direction, the ship’s handling becomes considerably easier.

Such conditions exist only in comparatively narrow channels of the rivers.

However, navigational officers should take into account different current streams that can exist over a small area, within which the vessel has to maneuver.

The main different between currents and winds is that currents affect the ship in definite and predictable ways, unlike the wind does.
Even in open waters, when the ship is approaching a rig or a mooring buoy, due allowance should be made for the effect of the current for a safer maneuver.
Current from ship’s ahead will reduce the ship’s speed over ground, improve ships response to the rudder, and also give more time to assess and correct developing situations.

When a ship proceeds through water, it pushes the water ahead. This volume of water returns down the sides and under the bottom of the ship.  The streamlines of return flow are speeded up under the ship, causing a drop in the pressure and resulting in the ship dropping vertically in the water.

If the ship moves forward at a greater speed in shallow water, where the keel clearance is 1.0 to 1.5 metres, then there are high chances of grounding  at the bow or stern due to excessive squat.

What are the factors that govern Ship’s Squat?

The main factor on which the ship’s squat depends is the ship’s speed. Squat varies approximately with the speed squared.

The blockage factor ranges from about 8.25b for supertankers, to about 9.50b for general cargo ships, to about 11.25 ship-breadths for container ships.
The presence of another ship in a narrow river will also affect squat, so much so that squats can double in value as the ship pass or cross the other vessel.

How to find out if a ship has entered shallow water?

1.  Wave generation from the bottom of the ship increases, especially at the forward end of the ship.

3.  Draught indicators or echo-sounders will indicate changes in the end draughts

6.  The ship may start to vibrate suddenly.  This is because of the water effects causing the natural hull frequency to become resonant with another frequency associated with the vessel.

7.  Any rolling, pitching and heaving motions will be reduced as ship moves from deep water to shallow water conditions.  This is because of the cushioning effects produced by the narrow layer of water under the bottom shell of the vessel.

8.  The appearance of mud cloud will be visible in the water around the ship’s hull when the ship is passing over a raised shelf or a submerged wreck.

10.  Stopping distances and stopping times increase, as compared to when a vessel is in deep waters.

11.  Effectiveness of the rudder helm decreases.