Read five more important techniques which navigators on ships must know while using a radar.

6. A very important fact must be borne in mind of ship navigators that Search and Rescue Radar Transponder (SART) from a survival craft can only be picked up by X-band radar as it operates on 9GHz frequency; ditto for any other marine transponders, remembering this fact during bridge watchkeeping can help you save somebody’s life at sea.

As far as frequencies are concerned, it also goes for radar conspicuous beacons, commonly known as RACONS. Most of them operate on 9GHz band range, however, some of them may also operate on 3 GHz range of S-band radars. In which case they are technically called SX racons. This is also the case with radar markers (RAMARKS). SMS of some companies require that SART is switched on and thrown overboard when there is a person overboard (MOB) situation, in that case, it is essential that X band radar is monitored continuously. Whenever a RACON is being used to monitor heading or course alteration remember no to keep it at a constant bearing!

7. One of the limitations of ship radar is that it may not be able to detect an object due to its size, proximity to sea surface or when the object is a poor radar target because of its construction or design. For example, military ships are designed so that radar waves do not reflect back to the receiving unit of radar scanner. This also happens with wooden fishing boats as they have poor radar reflective surface. Small unlit boats engaged in fishing are also difficult to sight visually at night, sometimes they may not be seen during daytime from the bridge due to height or the angle of viewing or reflection of the sea surface. When navigating in the proximity of such vessels or their known operating areas, it is good practice to post an alert lookout with a walky-talky on the forecastle deck. 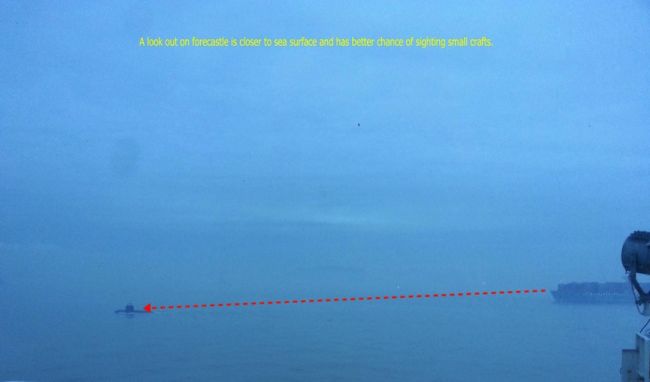 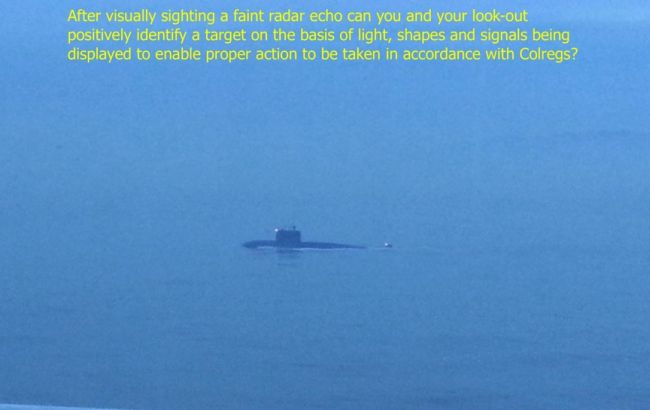 8. Every navigator must be aware of blind sectors and shadow sectors of their radar equipment. These are required to be posted near the radar on the bridge. There are certain interferences, which can cause an element of doubt in mind, particularly when navigating in busy traffic areas. These may be false echoes, second trace echoes, sea returns, clouds, low flying aircraft or even a school of fish swimming away to avoid fishing boats or trawlers.

Real life incident: On one ship I had sailed on, radars were not of much use in the forward direction because of the derricks on deck; to make matters worse the booms were parked in a vertical position instead of having them rested on deck cradle (this enabled carriage of additional deck cargo as required by the charterer). After many requests, the navigational matter was finally resolved by installing new radar with the scanner on the forward mast.

Similarly, passenger ships or ultra large container ships may have a radar scanner installed on the after mast as their forward bridge design and large size make it difficult to see in the astern direction. Word of caution here – whenever a forward or after radar is used for manual position fixing such a fix will give you position of the bow or stern of the vessel, as the case may be but definitely not the navigation bridge! Keep that in mind when in waters with restricted sea-room.

In the following picture, seaweed is giving very good radar returns due to the highly reflective surface, it had covered the whole sea surface during low water. But because it was the ship’s first call to a port area, which was not well surveyed, my first thought was that there may be an error in the charts and we altered course to stay well clear. We started approaching only after getting positive confirmation by all possible means that it was safe to do so and there was ample water with sufficient depth.

It is always better to be safe than sorry. I was also concerned if the seaweed, because of being so densely packed, could in any way foul the bow thruster. 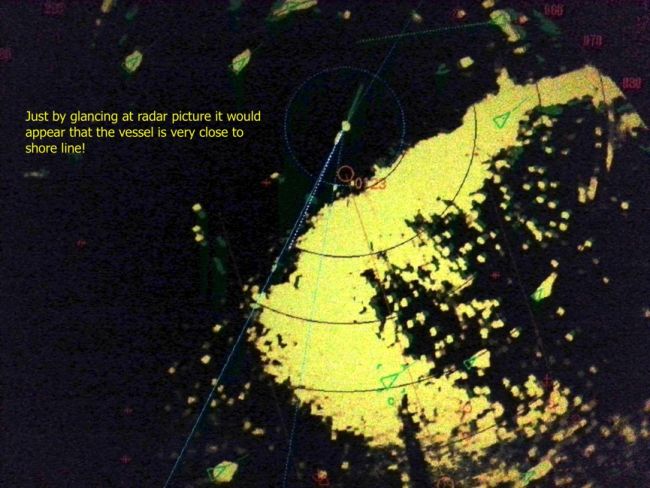 9. Because the radar gives a two-dimensional picture there are occasions when targets can be obscured due to an intervening echo. For example, a target that is passing under a bridge will not be visible on radar, as it will be masked by the echo of the bridge.

Similarly, small targets can also be obscured by islands and at times even by buoys or other ships. Overhead power cables can also result in false echoes causing doubt as to the intention of a target that may not be there! In any case, all echoes must always be investigated. In the open sea, it will not be a big problem if the target is obscured but when there is limited sea room this must be accounted for, so that situation will always be under control. It goes without saying that during bridge team meeting this must be discussed and lookouts advised accordingly to remain alert.

On some occasions, AIS signal may also be affected rendering it unreliable. Overhead power cables can result in AIS target showing weird courses and incredible speeds. 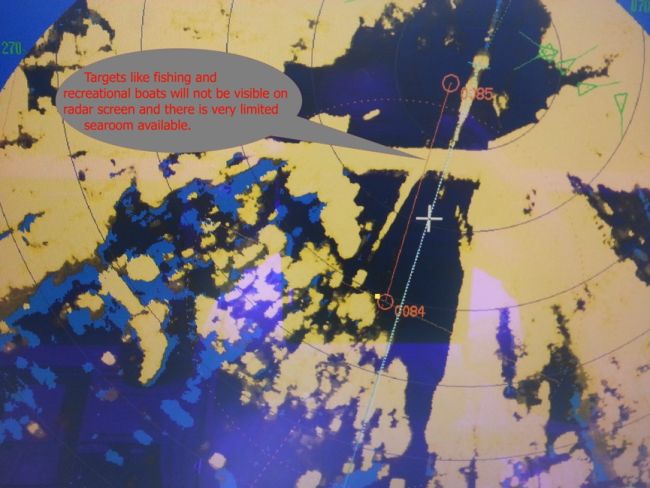 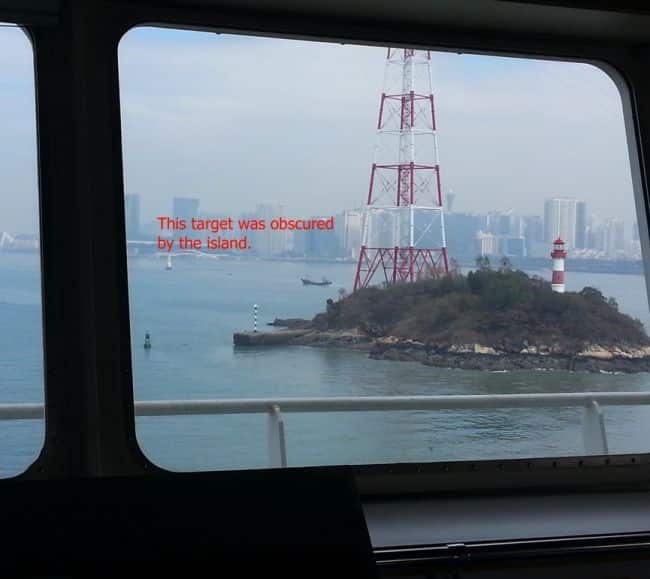 10. Whenever using parallel indexing (PI) technique remember that even though it is a means of near continuous monitoring of vessel progress it still needs to be backed up by regular position fixing. It must be borne in mind that radar ranges are more accurate than radar bearings due to beam width, radar ranges and bearings must preferably be taken as far from the centre of PPI as possible by adjusting to appropriate range scale.

A range and bearing obtained from single point will not be accurate enough it is always better to get three lines of position (LOP); the best option will be to get three radar ranges with a good angle of cut but this may not always be practical and two ranges along with one bearing will give a decent fix. When using PI experiment, find out if you are more comfortable with relative motion display or true motion display.

Radar information will only be as accurate as input, make sure that heading marker (HM) is perfectly aligned.

Proper Use Of ECDIS Safety Settings

15 Things To Consider While Using Radar On Ships

The Ultimate List of Nautical Books for Deck Officers
What is Zone Of Confidence in Navigational Charts?
Want to share your tips and advice? Got questions? Visit the community forum to ask questions, get answers, meet people, and share your tips!