It is a known fact that every running machine has a tendency to vibrate because of several moving parts incorporated within it. When in motion, the machine will have an oscillatory motion around an equilibrium point. This is the basic definition of vibration, a phenomenon common with all kinds of mechanical equipment.

The main propulsion systems of ships are one of the biggest engines ever made in the history. These monstrous machines have several components fixed together to generate tremendous amount of power for propelling the ship. 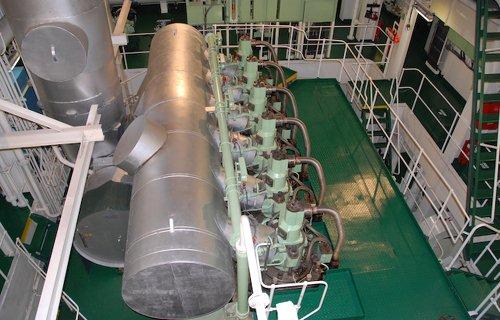 Such effects can result in severe damage to the marine engine’s internal moving parts, cracks in the structure, loosening of bolts and securing and damage to bearings. Vibration of Marine Engines is mainly due to- Axial and Torsional Vibration or combination of both.

In this article we will discuss aboutimportant equipment and arrangementspopularly known as Dampers & De-tuners that used to reduce marine engine vibrations.

As the name suggests, dampers are used to damp or reduce the frequency of oscillation of the vibrating components of the machine by absorbing a part of energy evolved during vibration. 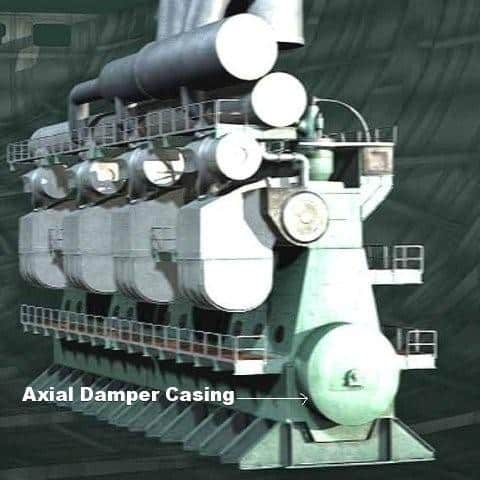 Axial Damper: The Axial damper is fitted on the crankshaft of the engine to dampen the shaft generated axial vibration i.e. oscillation of the shaft in forward and aft directions, parallel to the shaft horizontal line.

It consists of a damping flange integrated to the crankshaft and placed near the last main bearing girder, inside a cylindrical casing. The casing is filled with system oil on both side of flanges supplied via small orifice. This oil provides the damping effect.

When the crankshaft vibrates axially, the oil in the sides of damping flange circulates inside the casing through a throttling valve provided from one side of the flange to the other, which gives a damping effect. 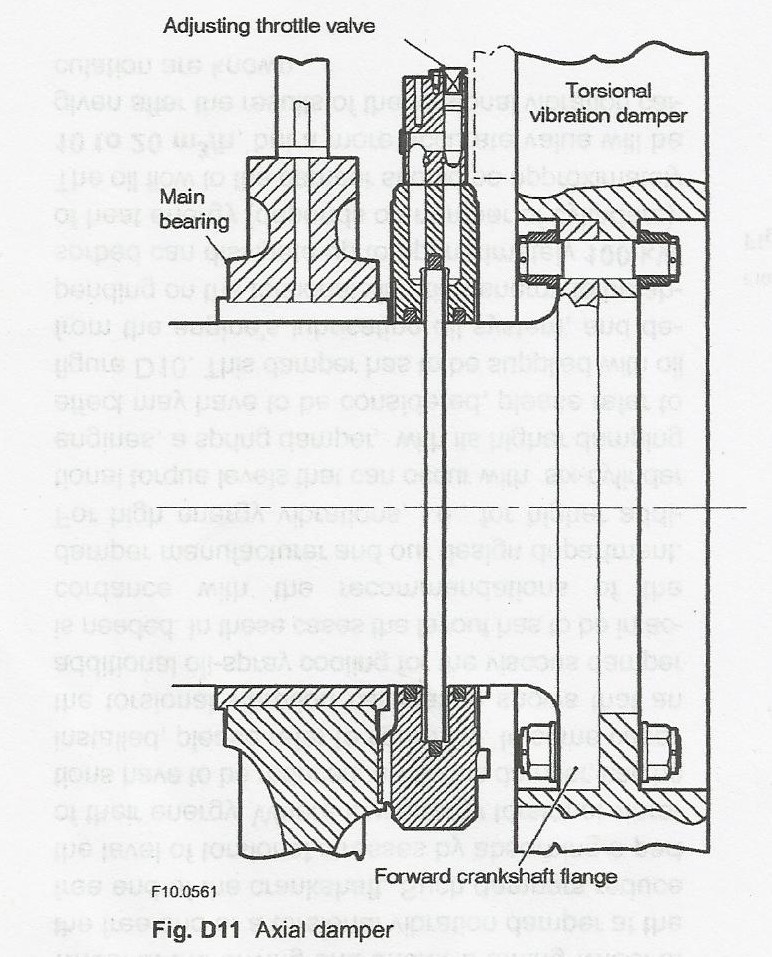 The casing is provided with high temperature alarm and pressure monitoring alarms located on both sides of damping flanges. They give alarm if one side oil pressure drops more than the set value as a result of low LO supply, sealing ring failure etc.

Torsional Damper:  It is a twisting phenomenon in the crankshaft which spreads from one end to other due to uneven torque pulses coming from different units ‘pistons. 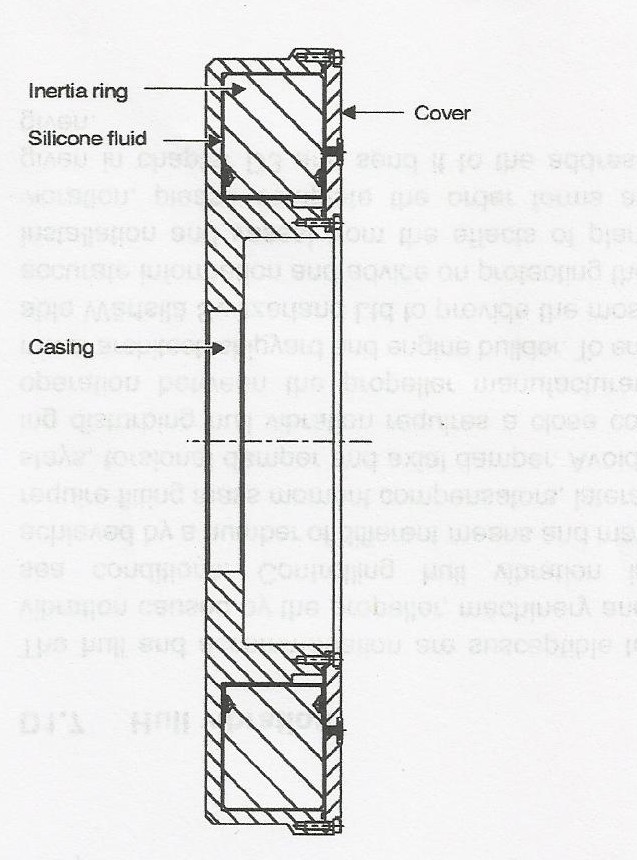 When the crankshaft rotates, the inertia ring tends to move in radial direction but the counter effect is provided by the silicon fluid damping the vibration.

De-tuners are used to alter the frequency of the vibrating machinery reducing the vibration of the engine.

Side Bracing: Normally fitted on the top of the engine which increases the stiffness and raises the natural frequency beyond the working range. For detailed information read –What is a Brace or Strut for Marine Engines?

Flexible Coupling: If the engine has a Power turbine connected to its crankshaft via a reduction gear, then flexible coupling are used to compensate for the vibration occurring during motion transfer. The Flexible elements are mainly spring or special material rubber for de tuning the vibration.

You may also like to read: Low Load Operation    Tri-Fuel Diesel Electric Propulsion