This article throws light on LNG ships in general. The two most famous designs of Q-flex and TFDE LNG ships are being compared. Readers can also easily compare the difference in operation on an electrically propelled ship and a conventional diesel propelled ship. 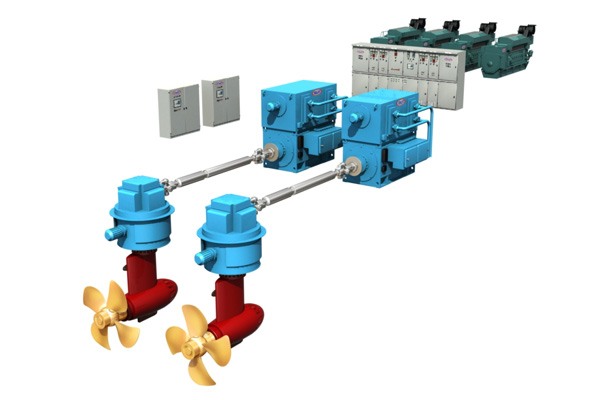 1. These ships have no Main propulsion diesel engine. They just have two small electrical motors. Thus less space and weight which can be used for cargo carrying.

5. The ship can be constructed without any main engine sump space for lube oil and thus associated cofferdams.

7. No HFO/MDO purifiers will be running as in diesel ship and thus less maintenance and cost.

8. Sludge production is very minimal and condensate from main engine, its associated tank can be neglected.

9. Easier watch keeping as parameters are less to monitor in the absence of main propulsion engine.

10. No vibrations and noise as compared to diesel engines.

11. The electrical motors can run even at 1 or 2 RPMs. Thus adding greater navigational advantages.

12. No limitations in number of starts on diesel engine.

16. Regular transfer of fuel is not required as the ships generator runs on gas.

17. The ship is generally classed as high voltage as the operating voltage may be of the order of 6600 Volts to 11kV.

19. Electrical braking of the propulsion shaft is very much effective when compared to mechanical breaking in case of diesel engines.

20. The total operational cost of the ship is very less when compared to a diesel engine propelled ship.

These are some of the operational advantages of an electrically propelled ship over a diesel engine propelled ship. More of automation and engines which run on gas offer engineers a real peace of life on board a ship.