Demonetisation has been the talk of the country ever since it was implemented following the Indian Prime Minister’s address to the nation on the 8th of November, 2016. That day, everybody made the dash for cash before midnight, grabbing whatever they could find/withdraw from the ATMs and spending the now old 500 and 1000 rupee notes at petrol pumps, medical stores etc.

A bold attempt at combating corruption and black money by the Indian Government, the purpose of the move, among other things, was to shift monetary transactions to the digital space. Although new 500 and 2000 notes were introduced, there came about a stark rise in digital transactions, be it online banking, eWallets, card swiping and such similar modes of payment.

Hailed and criticised in the same breath, demonetisation’s effect on seafarers isn’t going to be detrimental seeing as seafarers have their salaries transferred and documented online, leaving no room for black money! It’s positive effects will take a while to penetrate the rural parts of India, owing to the probable lack of bank accounts but speaking of seafarers per se, this move poses no such discomfort.

Owing to the thoroughly global nature of shipping, it was deemed important at Marine Insight to provide necessary information to its readers (including foreign seafarers docked at Indian ports) about the alternative modes of payment to make their transactions in India and stay unaffected by demonetisation of the old notes.

The following list has been compiled so as to give incoming foreign nationals as well as those not so familiar with the digital wallet/payment systems a reference to make their financial dealings up to date. The following modes are easy to use and accepted at major payment gateways, so that a seafarer or any individual for that matter finds that it’s rather easy to transact without cash.

1. Credit/Debit Cards and Online Banking: Needless to say, this is the easiest way to live through the cash crunch with cards being provided with every bank account  and at the same time being accepted at most merchant outlets. Even the most basic needs of day to day groceries and the likes can be met when possessing a Visa/Mastercard/Maestro card at stores. Online banking comes activated with almost all accounts along with the availability of mobile apps making money transfers between parties extremely simple. Gone are the days of standing in line at banks with passbooks to operate one’s own account. With all the options up on the bank’s website, every form of transaction is available online. Processes such as RTGS, NEFT and IMPS enable swift money transfer when required.

2. Paytm: Founded in 2010 by Vijay Shekhar Sharma, this has been the most apt addition to FinTech in India. Available not only as a website, but also as an app through the myriad mobile operating systems, Paytm has become the biggest player in this segment in India. Paytm is basically an online wallet, designed to upload and disburse currency to banks and vendors very swiftly. Money can be transferred to and fro a paytm account, paytm to a bank account, used as a payment gateway on merchant websites, for acceptance and payments of various bills and lots more.

With a monthly limit of INR 20000/-, an upgrade can be made to the paytm VIP account by submitting one’s KYC documents which enable limitless transactions and storage of up to INR 100000/- in the account. Probably the most widespread eWallet in India, even basic vendors such as tailors and small shops have started accepting paytm transactions through a QR code. Signing up is free. Also, there are constant offers as tie ups with various vendors such as Zomato and Uber to give the user cashbacks.

3. Freecharge: Freecharge is another major player in the eWallet segment with a wide array of features. As is with Paytm, Freecharge is also very swift and handy in the transferring of money and payment of bills. Freecharge also has the feature of a virtual debit card that can be used as a card for payments online and is linked to the money in your freecharge account. Their customer care is swift and robust and problems are solved rather quickly. They also have a monthly bandwidth of INR 20000/-. Cashbacks and offers are very frequent here as well.

4. PayU Money: This has been especially helpful in paying certain vendors who are registered with their system. Aside from the basic features of the above options, PayU Money can pay the bill for a certain merchant by transferring cash to them on PayUMoney itself. It has the feature to search for a merchant and pay them within the app or website itself. They also have card machines integrated with their system making the transactions of a vendor rather easy (in receiving money). 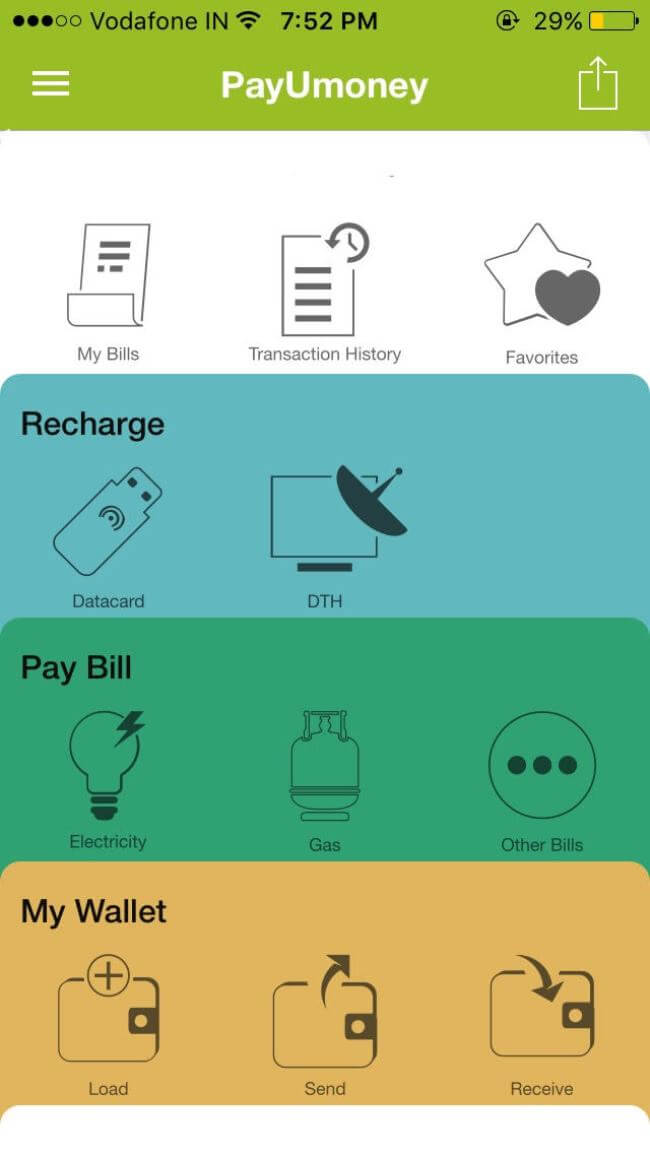 5. Vodafone m-pesa:While this service has been around for a year, it’s only after demonetisation that it has gained prominence. Again, apart from the usual services in almost all the eWallets,  m-pesa has a really special option of withdrawing cash at any of the Vodafone stores with a valid ID, provided there’s money in your M pesa account. With the ridiculously long lines at the ATMs, this move comes as a game changer in the current scenario, enabling their customers to avert long queues and go to their stores instead. Of course, the withdrawal facility directly depends on the cash available at the stores and limits on withdrawals too (as per the Reserve Bank of India). 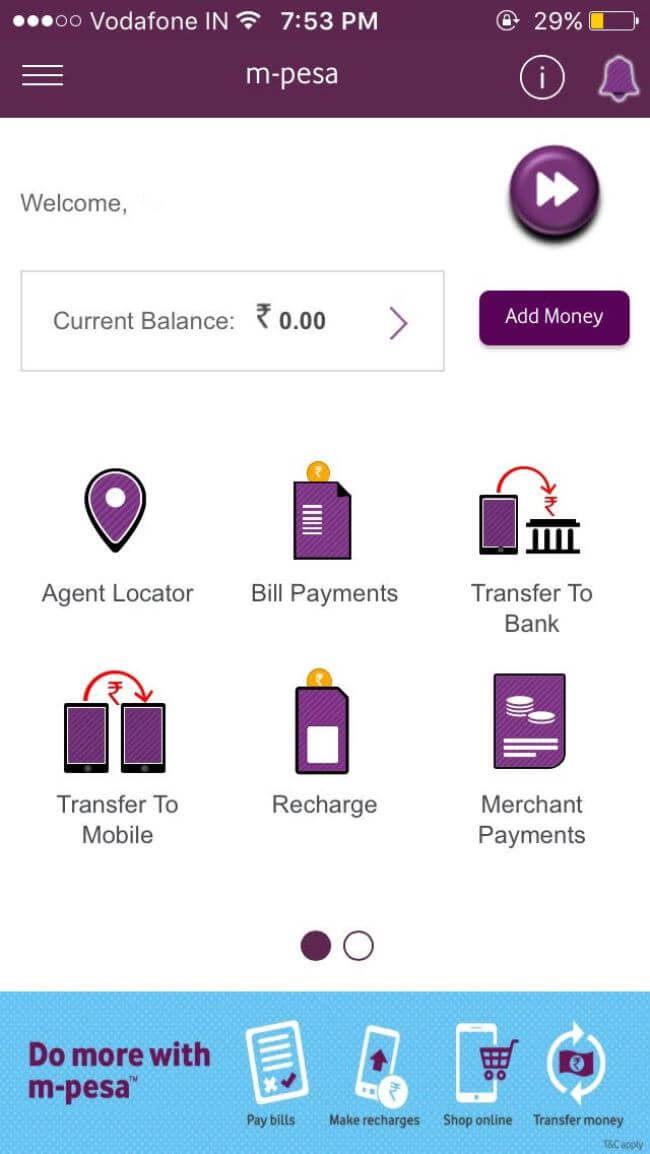 For many the demonetization move has been a positive change while some constantly bicker about it. Change is the only thing that is constant and while the step is bold and massive, what remains to be seen is its status in the coming months.

Apps To Help You Pay Without Cash

Apart from the very famous online/mobile shopping apps such as Amazon, Flipkart, Snapdeal etc. and apps for booking tickets/mobile recharge such as bookmyshow, mobikwik, makemytrip or those apps with wallet facilities as mentioned earlier (Which can almost provide everything we need), there are a few more that be of great help to buy without cash.

There are apps to buy daily needs and groceries. These will help you with delivery at your doorstep with cashless transactions.

There are a myriad of food ordering apps available in India that can allow you to choose from a variety of cuisines, without the worry of cash.

You can now buy medicines online (even those with prescriptions) without cash and get some discounts as well.

There are now apps that can help you with providing services for your household such as pluming, pest control, etc.

Are there any other easy ways for searfarers to go cashless in India?

You may also like to read – Financial Planning For Seafarers: Difference Between Direct Equity Stocks and Equity Mutual Funds