A small coastal tanker is hijacked by pirates in South East Asia every two weeks on average, a report from the International Chamber of Commerce (ICC) International Maritime Bureau (IMB) has revealed.

South East Asia accounts for 55% of the world’s 54 piracy and armed robbery incidents since the start of 2015.

After a steady drop in global piracy over the last few years, attacks rose 10% in the first quarter of 2015 on the same period of 2014. 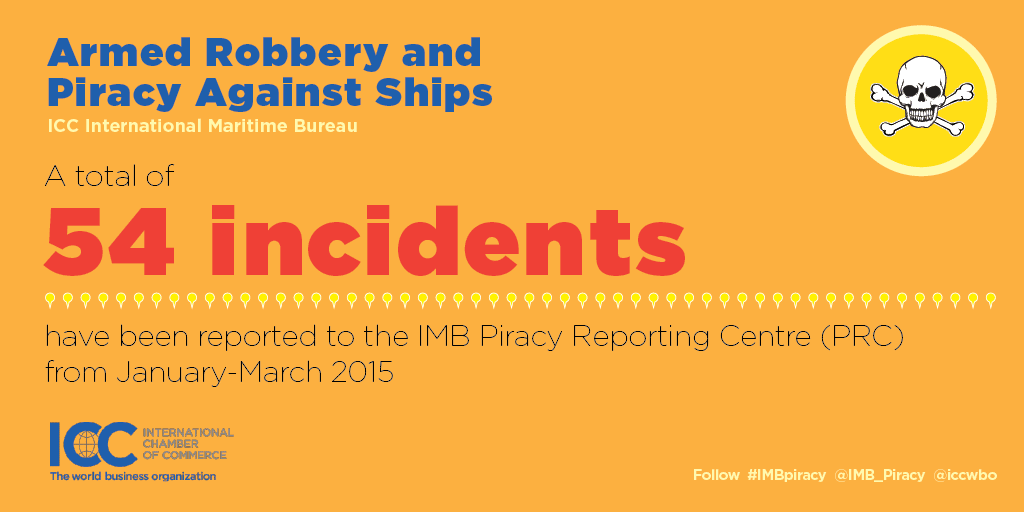 Worldwide, pirates took 140 hostages in the first three months of 2015, three times as many as during the same period in 2014. A total of 13 seafarers were assaulted and three injured.

In West Africa, a hotspot for violent piracy, one man was killed in the hijacking of a fishing vessel off Ghana. Five crew members were kidnapped by Nigerian pirates in two separate incidents in addition to a small product tanker being reported hijacked.

The frequency of these hijackings in South East Asia is an increasing cause for concern. There’s a risk that the attacks and violence could increase if left unabated.

IMB has recorded 23 ship hijackings in South East Asia since April 2014, with six taking place in the last three months. Most are carried out by armed gangs targeting small coastal tankers to steal their cargoes of fuel. Five tankers and an offshore tug have been hijacked in the first quarter.

“The frequency of these hijackings in South East Asia is an increasing cause for concern. There’s a risk that the attacks and violence could increase if left unabated,” said Pottengal Mukundan, Director of IMB, which has been monitoring world piracy since 1991. 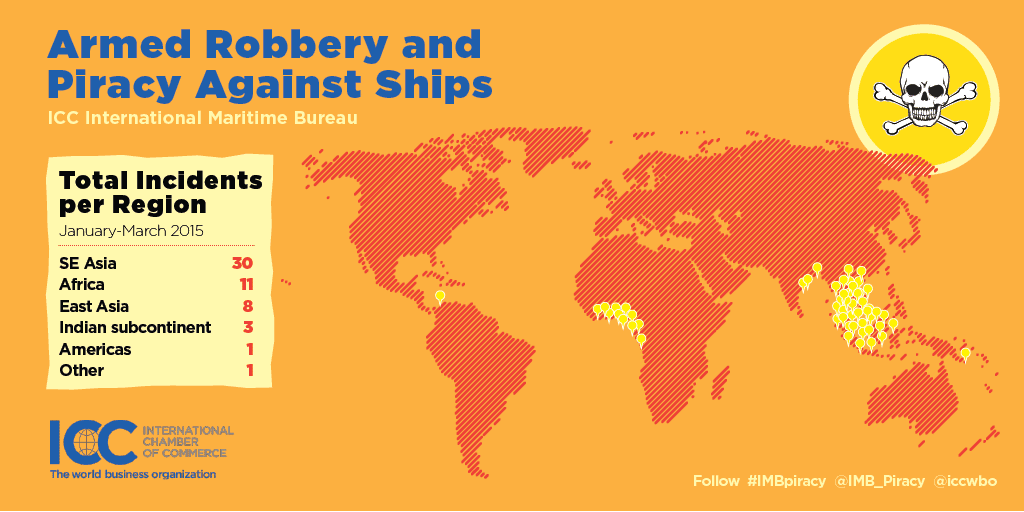 Malaysian authorities have detained one gang of hijackers now awaiting trial. IMB has commended this action and calls for a stronger, coordinated regional response to clamp down on piracy in South East Asian waters.

The country with the highest number of attacks is Indonesia, accounting for almost 40% of 2015 attacks, with two vessels hijacked and 19 vessels boarded. IMB reports that the overwhelming majority of incidents are low-level, opportunistic thefts, although the attackers here are usually armed with knives, machetes or guns.

With eight reports in the past three months alone, Vietnam has seen an increase in armed robbery incidents. More and more thieves are breaking into ships at anchor in and around Hai Phong and Vung Tau.

The IMB Piracy Report shows zero incidents for Somalia in the first quarter of 2015. 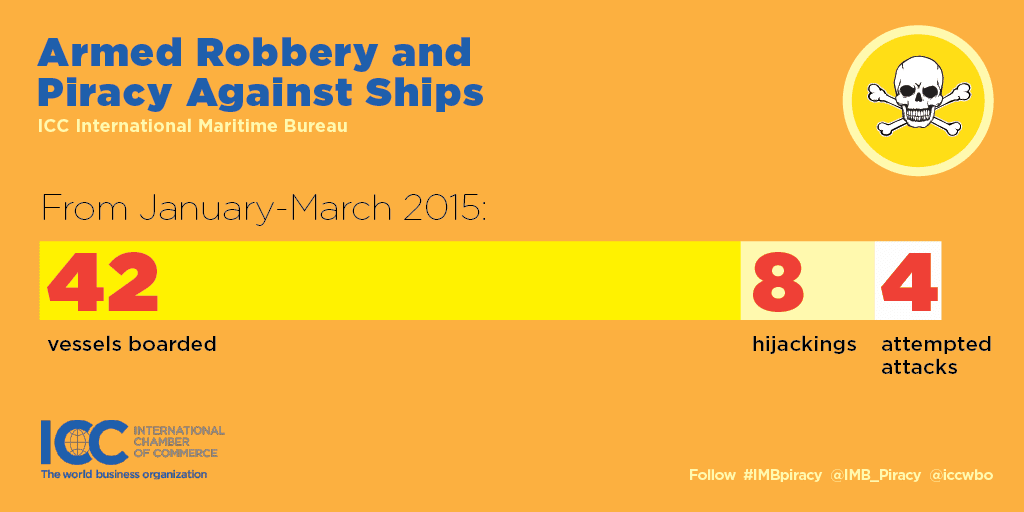 However, it advises shipmasters to follow the industry’s Best Management Practices, as the threat of Somali piracy has not been totally eliminated.