Ship engine room is provided with several big and small tanks. Of these, some large tanks are used on daily basis for storage of oils whereas some other tanks though small are equally important for storing waste residue of machinery systems and several other purposes.

1. The first and foremost aspect of maintenance of such tanks is that they should be sounded daily, especially during rough weather.

2. The ingress of the under piston scavenge drain tank  is to be studied on daily basis in order to assess if more content is coming into the tank when the vessel is underway or at port.

3. Regular checks should also be done on other tanks such as sludge tank in the ship engine room. One way to figure this out is to check if the purifier malfunctions as a result of more sludge coming in. 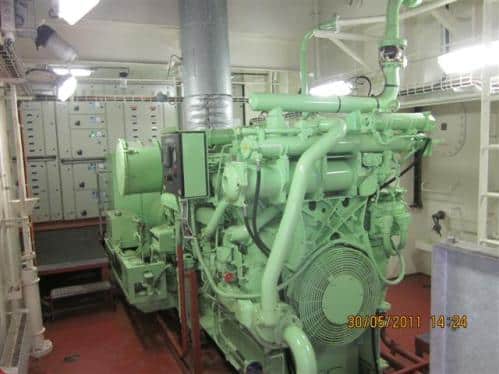 4. In the ship’s engine, water can enter the under piston space if the liner rubber rings are leaking or in rare cases when there is a hole or crack in water cooled turbocharger casing.

5. When opening the under piston spaces for cleaning, it is very important to check the spaces before cleaning so that it’s condition can give indication of any blow past, cylinder oil excess consumption, stuffing box leakage into the space , partially burnt fuel leakage, water ingress, blocked drain etc. If any of these things is found, immediate action needs to be taken to rectify the issue.

6. It is also important to physically trace out what pipe lines in the ship engine room are going to these small tanks (Listed in IOPP Certificate) and which pipes lead out from the tank and goes to what valve and pump.

7. It is also a good practice to keep catchment trays below F.O. and L.O. transfer systems clean and painted and their drains clear up to the tank where they are leading to. 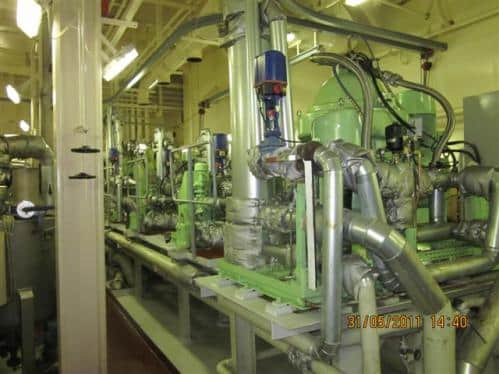 8. It is also important to check that the sludge pump does not run dry in order to prevent pump damage.

9. Scavenge drain tanks should be checked at regular intervals of time. If these tanks not transferred and the contents spill out in the engine room bilges or through air pipe on deck, it will make the particular area dirty and a lot of effort would be needed to clean the same.

10. On some ships, the sludge tank in the ship engine room is directly below the purifiers and thus there is no blockage in discharge of sludge content. However, on ships where the pipe from the sludge tank has to lead down with a few bends, it becomes necessary to clear the pipe, especially while operating in cold areas when there is no steam tracing line attached to this pipe.

11. Similar difficulty is experienced in transferring sludge when the suction and discharge pipes get partially clogged due to thickened sludge. External heating by steam and taping of the pipes may be required to losses up the content. 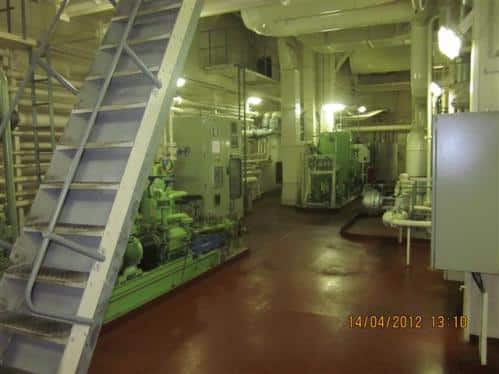 12. Periodical cleaning of the ship engine room tanks and testing of their heating coils is desirable. However, this often gets neglected due to economic and logistical reasons. It is therefore also hoped that sludge reception facilities improve in all major ports so that the sludge can be effectively disposed off.

13. The sludge, on some ships, can be transferred to a bunker tank having fixed lines but should not be done using flexible connections. Such kind of transfer is to be resorted to only as an emergency measure as it will affect the bunker quality in the tank.

The above mentioned is not an exhaustive list of important points for ship engine room tanks, but those that are extremely important yet missed.

Do you know any other important points that should be considered?