Marine pollution has lately become a major concern regarding the fact that ocean contamination and defilement is affecting the environment as a whole. Hence it was necessary to step forward and take requisite actions to ensure healthy nature and lives.

The marine industry, as a response to the increasing global focus on environmental issues and responsibilities, has established a bi-national, voluntary program named Green Marine that aims to improve participants’ environmental performance beyond regulatory compliance.

Green marine is a partnership environmental program for a sustainable future promised to be accomplished by the St. Lawrence – Great Lakes maritime industry designed specially to drive a process of continuous improvement and actions to strengthen the marine transportation industry’s environmental performance such as greenhouse gas emission, cargo residues management, sensitivities at ports (noise, dust, odours, and light) etc. 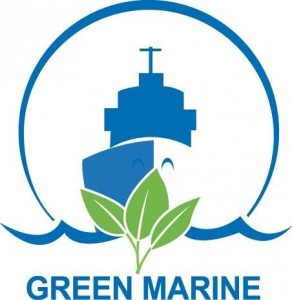 Four basic steps constitute the program, which are:

Adaptation of prescribed practices and required technologies to help progress which is again evaluated with the help of performance indicators based on the following criteria:

Green Marine Environmental Program requires its participants have their results independently verified by an independent third party every two years before publishing in order to ascertain the credibility and transparency of the program.

The published results by Green Marine confirm its accomplishment at continuous improvement since 2008, for which it has already received conventional support from groups like World Wildlife Fund and Ducks Unlimited as well as endorsements from government agencies.

For its credibility, relevance, marine environment concerns and the Green Shipping Initiative, Green Marine Environmental Program has received the prestigious Sustainable Shipping Award in the year of 2011.

If you are interested in joining the Green Marine Environmental Program, or to know more about it, contact the concerned personnel here.

You may also like to read-What is Green Ship Recycling?