Future might be nearer than you think. While the majority of maritime industry focuses on introducing new technologies for reducing emissions and improving efficiency, there is a certain segment which is majorly considering automation to improve shipping operations with increased safety.

One such bold step is taken by Rolls-Royce, who recently unveiled the design of the world’s first remote-controlled unmanned cargo ship.

The concept of unmanned cargo ships revolves around a no-crew ship that can be controlled from the shore. A research project called MUNIN –  Maritime Unmanned Navigation through Intelligence in Networks supported by the European Commissions, aims at developing and testing this autonomous ship concept.

According to a presentation by Clamber University of Technology, Gothenberg Sweden in 2013 (unmanned-ship), “human error” is one of the biggest contributing factors for maritime accidents around the world. Sometime back, for Europe the statistics of shipping accidents were : 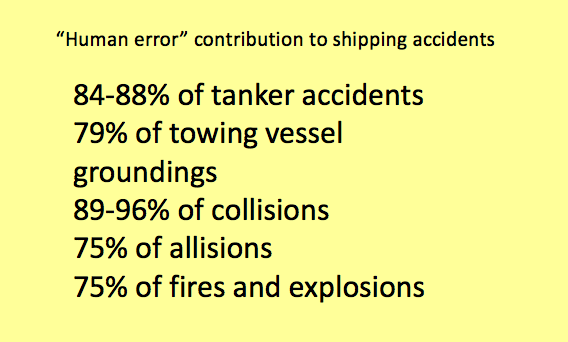 People behind the development of this concept are optimistic that unmanned ships will greatly help in reducing accidents at sea taking place because of human error.

Benefits on the basis of which the concept of unmanned ships is being planned are:

However, one of the main reasons behind Rolls-Royce Unmanned ship concept is “Ship Efficiency” – the important factor which directly impacts operating costs. Shipping companies around the world are continuously working on reducing operating costs, especially after the introduction of a number of environmental regulations which involves greater costs of implementation of advanced technologies and safety measures.

According to Rolls-Royce “Many facilities and systems on board are only there to ensure that the crew is kept fed, safe, and comfortable. Eliminate or reduce the need for people, and vessels could be radically simplified.”

As these unmanned ships will not need crew facilities and systems such as air conditioning, electricity and sewage, it is expected that they will be cheaper to operate. Such unmanned ships supported by improved ship design and systems to reduce fuel consumption can go a long way to help solve issues of efficiency and optimization.

Moreover, in order to control these unmanned vessels, the same seafarers who are required for manned ships can be appointed to monitor and steer several ships from a shore control room. Advanced navigational and communication systems would also be used to facilitate accurate control and transfer of data between the ship and shore control.

But despite the potential benefits, unmanned ships will have to face a series of issues before they become a reality. Moreover implementation of unmanned ship is illegal according to the minimum crew requirements regulation. The International Transport Worker’s federation (ITF) also believes that these remote controlled vessels will lack the skills, knowledge and experience which professional seafarers provide. 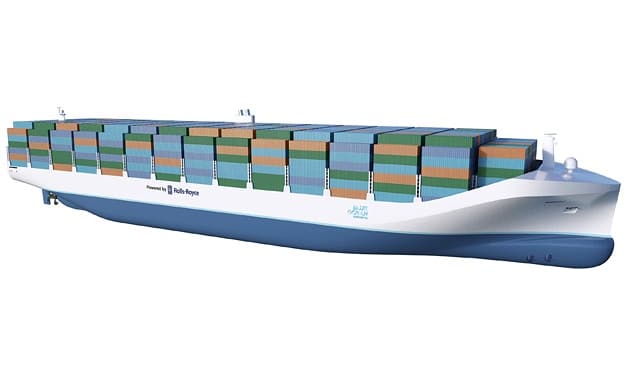 Some of the main hurdles unmanned ships face are:

As Rolls Royce says, it’s now time to consider roadmap of unmanned vessels of various types. However, the industry awaits a solution for an approach, which permits unmanned ships concept to comply to shipping regulations in the most cost efficient way while addressing key cost issues of fuel, finance, cargo handling and crew.

Do you think unmanned ships are the future of maritime industry? Let us know your comments..

Ships Without Skippers: Researchers Believe Unmanned Vessels Are The Future