A 90 meter yacht resembling a beautiful tropical island has been designed to offer luxury, style, and an environment never offered before.

The mega yacht has been designed to go at a top speed of 15 knots, and has a “never-seen-before” main deck. 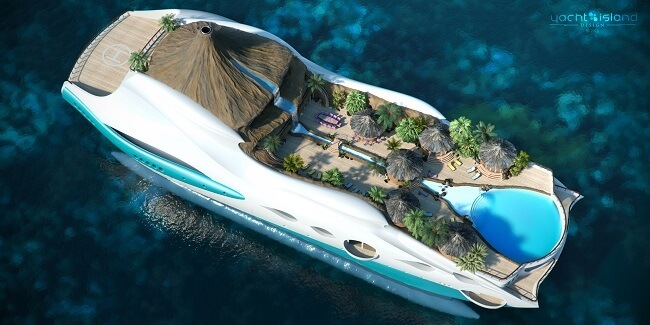 The main deck would have a massive swimming pool surrounded by shack-shaped ultra luxurious cabins.

The yacht would have a bar area, outdoor dining area, private spa, four VIP suites, and an artificial volcano with waterfall. 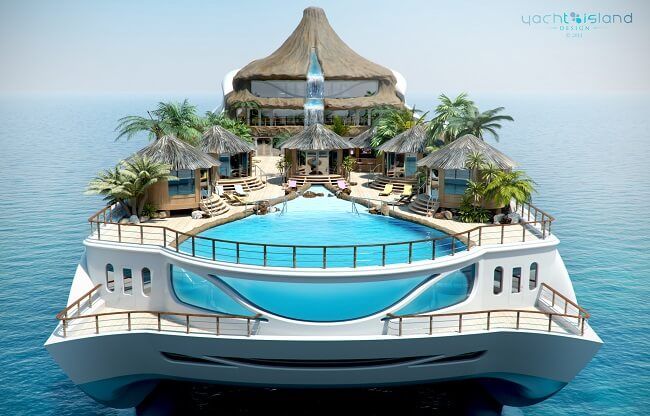 The super yacht would also have a helipad and a recreational area including jet skis and Kayaks.