You are here: Home › Cruise › Top 10 Most Expensive Cruise Ships in 2021
TwitterFacebookLinkedInPinterestBuffer

[Updated for 2021] The means of luxurious lifestyle experiences around us are immense in number. While the search for a one-of-a-kind experience on the land ends with a long list of options to live in the moment, the experiential purchases at the sea are limited in contrast to its enormity.

However, at sea, the experiences the luxurious cruise ships and yachts can offer transcend the outnumbered choices on land.

As being affordable to a large number of customers compared to yachts, the cruise ships play a big role in meeting the demands of the multi-billion dollar ocean tourism industry.

With the increasing demand of customers and the competition within the market, the cruise lines are regularly enriching the cruise experiences with innovative and creative offerings onboard, outdoing each other.

There are massive cruise ships operating at the sea today. As a result, the industry attracts billions in investment every year, resulting in the entry of luxurious and expensive cruise ships into operation.

Here is a list of top ten most expensive cruise ships currently in operation around the world.

Reportedly, around $1.4bn was incurred in the construction of this world-class cruise ship at the STX Europe Turku shipyard in Finland.

The main features of the ship include a two-deck dance hall, an ice skating rink, 25 dining options and a theatre with 1,380 seating capacity etc.

The first in Oasis-class luxury ships, Oasis of the Seas is another $1.4bn cruise ship in the Royal Caribbean International’s fleet. This 225,282 GRT vessel was the world’s largest cruise ship when it launched in 2008.

While all other features of the Oasis of the Seas match with its sister vessel, the length of the vessel is reportedly 50 millimetres shorter than Allure of the Seas.

However, it has been stated that the classified length of these vessels was the same and the changes were unintentional as it happened due to the small changes in the temperature of the steel used for construction.

The ship that started its maiden voyage in April 2018 features 18 decks and capable of accommodating a maximum of 6,680 passengers and a 2,200-person crew. 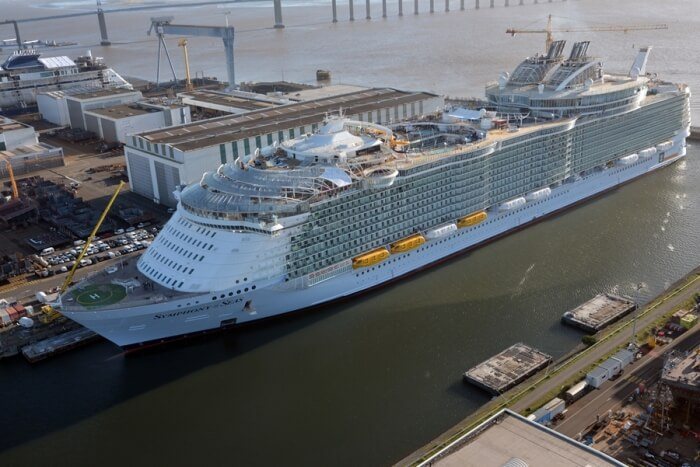 Another Oasis-class cruise ship of Royal Caribbean International, Harmony of the Seas, is another expensive luxury passenger vessel currently in service.

Despite costing Royal Caribbean the same expense of its sister vessel ($1.35 billion), Harmony of the Seas comes behind  Symphony of the Seas due to the 1,100 tons difference in size with the former.

Similar to its sister ship, Harmony of the Seas features several dining and entertainment options abroad. Started construction in 2014, the ship set its first sail in May 2016 to Southampton from the facility of STX France. 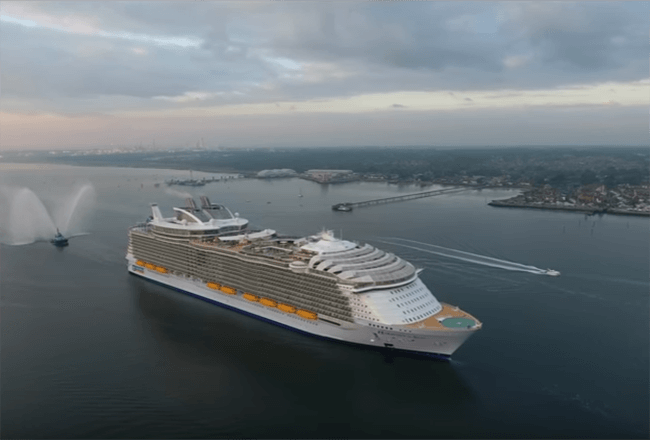 One of the most expensive ships of Norwegian cruise lines, the Norwegian Epic cost 1.2 billion U.S dollars to build because of its unique design and size.

The ship has one of the largest Aqua Park and cabins for single passengers. When built, it was the third-largest cruise ship in the world to carry 4,228 passengers. It was recently refurbished in 2020 making it an updated luxury to travel. 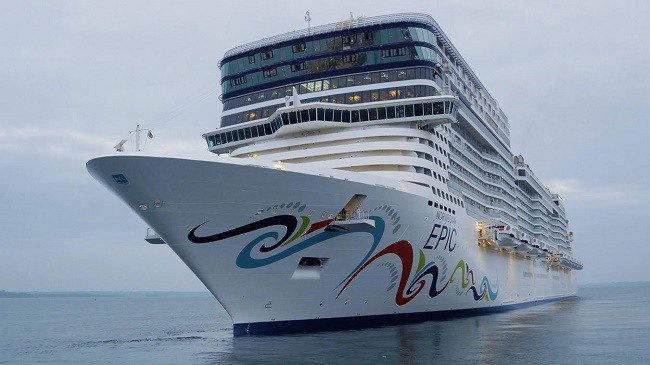 AIDA Cruises’ first of the new Excellence-class ships, AIDAnova, is reportedly the fifth-biggest passenger vessel in the world. The cost of the production of this 337 meters long luxury vessel, built by Meyer Werft in Germany, is a reported $1.1 billion.

Launched in December 2018, AIDAnova’s highlight is the Green Cruising concept- the world’s first cruise ship that can be powered at sea and in port by liquefied natural gas (LNG).

The vessel has a total of 17 restaurants, 23 bars, a luxury day spa and 360-degree theatre etc. to meet the passengers luxurious dining and entertainment needs. 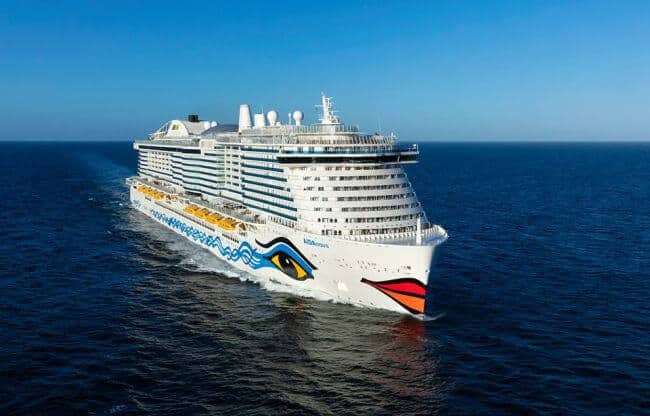 MSC Cruises’ MSC Meraviglia cruise ship is the lead ship of MSC’s new class of vessels being built by STX France. The cost of production of one ship in this class is reportedly around $1billion as this vessel is part of the Geneva-based line’s $10.2 billion investment for a total of 11 vessels to be delivered by 2026.

Set its first sail in June 2017, MSC Meraviglia was the world’s 4th largest cruise ship when it launched, behind Oasis-class ships.

The 315.8 meters long MSC Meraviglia features 15 passenger decks and has the capacity to house 4,500 passengers and 1,536 crew members. 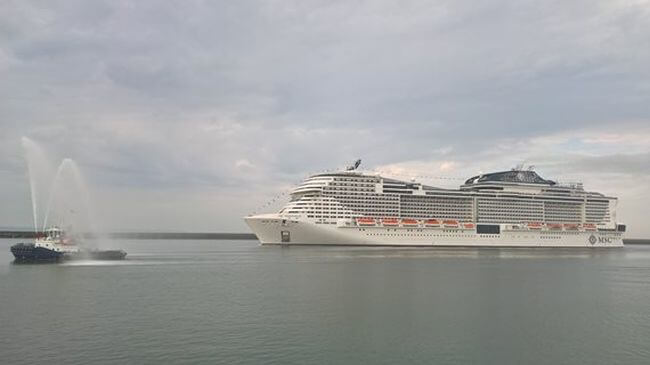 Constructed by STX France at its Chantiers de l’Atlantique facility in France, the 171,598 GT MSC Bellissima has almost similar features of its sister ship. 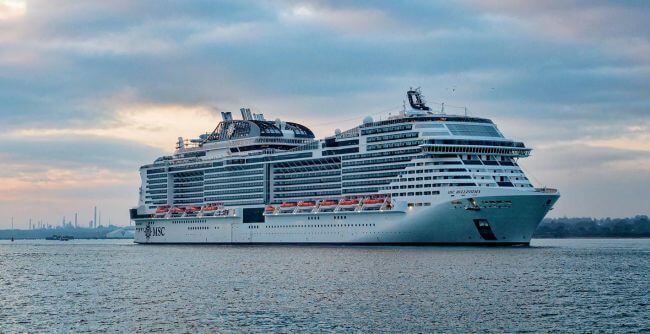 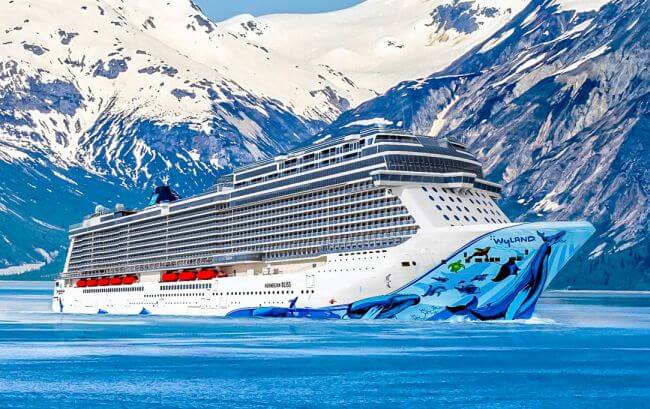 Celebrity Cruises’ Celebrity Edge is another brand new billion-dollar luxury ship currently in service. Built by STX France, Celebrity Edge is the first Edge-class cruise ship of her owner and started her maiden voyage in December 2018.

Among other entertainment and dining facilities, the ship is known for its most technologically advanced theatre, offering one-of-a-kind entertainment experience with panoramic projection screens and rotating spiral staircases etc. 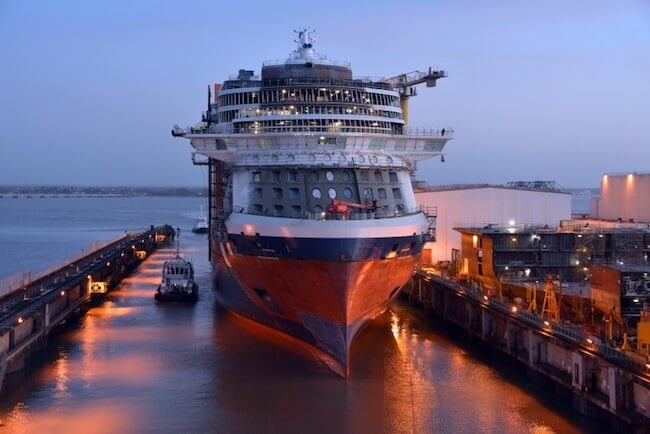 Carnival cruise recent addition was Carnival Mardi Gras which cost around $950 Million and was delivered in 2020. This is the largest ship in the fleet measuring 184,000 gross tonnages having 2641 rooms. It features BOLT™: Ultimate Sea Coaster, the first roller ever on a cruise ship.

The Mardi Gras is fitted with LNG powered main engines which are environmentally friendly with cheaper operating cost compared to conventional marine engines.

It will also help the company comply with new restrictions on heavy sulfur fuels that started in 2020.

This 185,000 tonnes and 345 meters long ship from P&O cruises is the largest cruise ship in the UK market today which was built at a cost of $950 million.

This massive building budget includes many luxuries including the world’s first gin distillery on cruise ships. Iona is P&O’s greenest ship as it is powered by LNG fuelled engines.

The three ships in this class- Quantum of the Seas, Anthem of the Seas, Ovation of the Seas- has almost similar features and the cost of production, i.e. about $9.4 million. 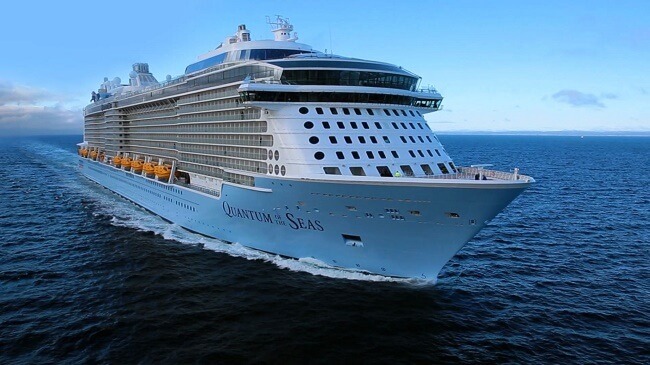 The Quantum-class cruise ships are capable of housing a maximum of 4,905 passengers and 1,500 crew members.

Video: Why Are Cruise Ships White?

What is Superstructure on a Ship?