You are here: Home › Marine Careers › 6 Recruitment Scams Every Mariner Should be Aware Of
TwitterFacebookLinkedInPinterestBuffer

Employment scams can be a pretty nasty thing considering the kind of advantage the fraudsters can take of unnoticing people and what you stand to lose. If you are a mariner, there are several recruitment scams that could take you for a ride. Prudence is your only defense. We bring to you six types of recruitment scams which are widely prevalent in the maritime market.

One of the most unfortunate events in a job hunt would be to run into a promising job agency that offers you a dream job, only to find out it was in fact bogus. A “phoney” agency would have everything to pass off as a real one- official looking website, contact numbers, email addresses but it would be a maze of never ending search. 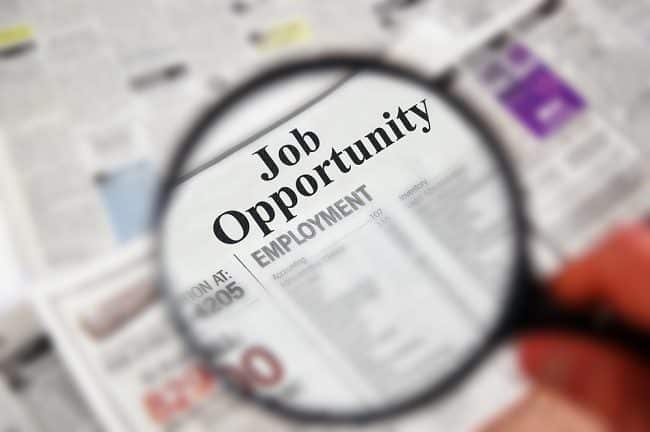 Such a website is most likely to flaunt many promising job offers, not to mention a glowing past record of successful recruitments. On the flip side, an agency looking a bit too guarded with box numbers and distant addresses and no real contact information can also be just as fake. If that’s what you have run into, you might want to hit the ‘look- closely’ button.  Check for the email address and the domain. If the agency or the company uses a free email service (eg: yahoo, gmail, MSN etc) then you should know it’s not what you think it is.

2. Pay before you get a job

All employment scams involve people being sliced off for their hard earned money. Fake companies and fraudsters thrive on people’s desperation to find a well suited job. This is their way of rubbing you of valuable bucks. This is often done in name of

In most cases, you would be promised your money back on receiving the job. That has never happened. When an agency seeks money for any kind of services, you should know something is fishy. Such recruitment scams may promise you a lucrative job. However, what is important to know is that under international Maritime convention, you cannot be asked to pay for a job before you actually get it. A company doing that is most probably not even a company.

A website allowing you to post your resume on it for free is most likely running a work scam and not a social worker. This fraud aims at collecting people’s job information which can later be sold to the employers. This is where the profit for the scam runners comes in while both the other parties are left with nothing in their hands. At some stage, they will convince you that you are just one step away to getting your job. Of course, that one step could require you to pay up.

A rather uncommon but no less malicious cruise job scam could rip you off a huge sum with nothing in return. Many of fake websites or agencies often prompt their ‘victims’ to call a ‘900’ number. These numbers charge a greater sum for each call. Fraudsters scam off their profit by making unknowing people call such numbers often, even making them wait deliberately. The big bucks that would later be paid by you in phone bill for these calls would grease the scam runners’ palms.

Many times, you could be presented fake job opening by posting them on websites. These openings are often links to other websites or sometimes even print outs from papers and other places. Everything would seem great. The only bummer might be that those jobs might no longer be available.

Making fake job openings or using older ones is what keeps this work scam going. This is most typical in marine jobs. Look closely for more authentic information mentioned on the websites. Also run a back ground check of your own before you give into such a scam.

6. Reveal it all scam