Home » Types of Ships » What are Break Bulk Ships?
TwitterFacebookLinkedInPinterestBuffer

Break bulk ships are perhaps the oldest variety of cargo carrying vessels which still operate at the sea. Unlike the present-day versions of cargo vessels, these types of ship were used to, as their name suggests, for bulk cargo without putting the cargo into shipping containers.

Till the late-1960s, these vessels were very much in vogue though, developments in the domain of cargo vessels and container vessels led to operators’ preferences being changed. 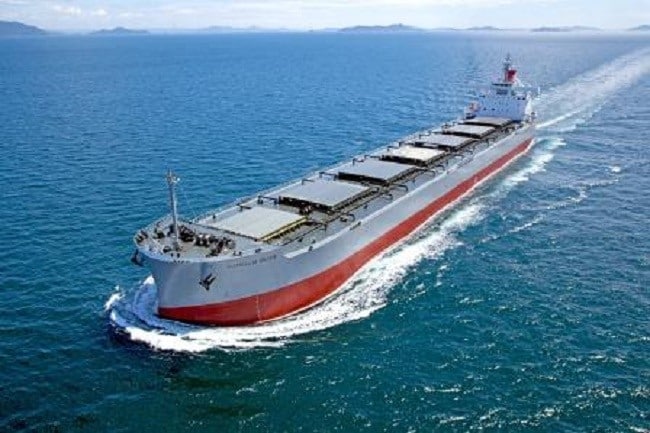 In spite of the lack of containers used, a wide array of goods are still successfully stowed within a break bulk ship and transported across oceans. This is perhaps the most important feature of this type of a cargo ship. But even while standardized containers are not utilized, there are other storage mediums that are utilized, in case required.

These cargo storing mediums include pallets – which is a movable platform upon which the cargo can be placed. While unloading the cargo from the vessel, the pallets are unloaded with the help of cranes. Along with pallets, casks and barrels, drums and rugged boxes are also extensively used to store the cargo within them after being stored in the bulk carrier.

–  In case of pallets, casks and rugged boxes not being utilised, the cargo is directly put into the vessel without any medium to contain it.

–   This is perhaps the biggest disadvantage of a break bulk vessel as compared to a shipping container vessel as the latter ensure absolute surety of quantity and quality for the stored cargo.

–   Since the cargo is piled directly, there is a very high chance of it being stolen or filched in case thorough attention is not paid to the stored cargo.

–   Similarly, there are also chances that due to weather and climatic conditions, the cargo might be unfit for utilization or consumption.

Also when compared to a container ship, the loading and unloading operations of the cargo is also quite tricky and difficult to carry out. The process is highly time-consuming, whilst in case of the latter vessels, the loading and unloading operations are able to be carried out much faster.  Also since the cargo is merely piled within the vessel, after unloading a particular batch of cargo, the whole vessel needs to be cleansed so that the next haul of cargo can be stored.

Lack of thorough cleaning would result in unnecessary commingling, which could cause qualitative problems to the stored cargo.

This type of ships works very well in those docks and ports which aren’t technologically advanced. Alternatively, the break bulk ships can also be used as intermediary carriers to transport the cargo between larger vessels and ports which have shallower entryways.

The break bulk cargo ships are still form a vital cog in the shipping sector. Though their usage might have declined, there is question about their redundancy in the everyday maritime scheme of affairs. As such, it has been well speculated that the future of these vessels is very much safe, without any chances of them being made redundant.