A platform nearly 500 metres tall, without actually extending to the sky but stabilized well into the depths of the oceanic water – the Troll A Platform can be summarized as such. The marine monument, currently operating in the western part of the North Sea was not long ago acknowledged as the biggest oil rig by the Guinness Book of World Records (1996).

Construction of the Troll A began way in the early 1990s and was undertaken by the conglomerate Norwegian Contractors. The globally renowned corporate Norske Shell is the owner of the platform, while it is currently being operated by Statoil. 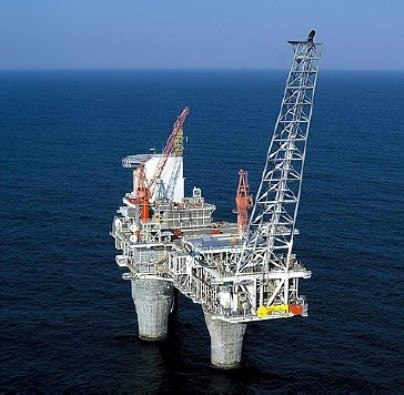 The oil rig started its operations in the year 1996. On account of the hugeness in its size, it was required for the visible deck area of the oil rig to be tugged into position it in its pre-set location in the sea. This event was highly publicized TV cameras panned on the structure being tugged into place.

In totality, the Troll A platform stands at 472 metres. Of this, over 300 metres are below the surface of the water, as mentioned earlier. The rig basically rests on four fortified steel and concrete pillars. In order to ensure stability to the pillars submerged deep into the ocean, there has been built a fortified boxing that inter-connects all the four pillar bases with each other. By doing so, the wave action underwater has sought to be regulated relative to the performance and stability of the rig.

Contemporarily, the Troll A is not the biggest offshore platform. It has been reported that the Petronius, owned by Texaco, is at present the world’s largest offshore gas platform. 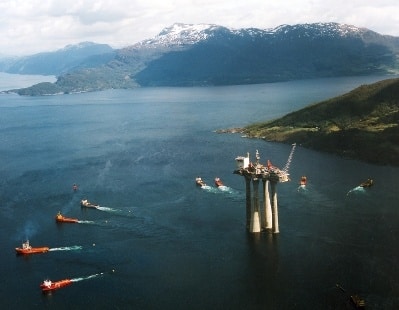 But while today, the structure has lost its title of being the biggest oil rig, its structuring is worth marvelling about. The Troll A still stands tall – not just for its singularity in standing so tall in the water but also for the vision that its developers projected. Officially, while it may have become second-best, yet for its creators and users, the platform would always remain the first-best.