Owned and operated by Allseas, a Dutch marine conglomerate engaged in constructional activities, the Solitaire is the world’s largest pipe-laying ship.

The vessel, built in the Japanese Mitsubishi shipbuilding yard, started its operations as a cargo carrier in the early 1970s under the name Trentwood. 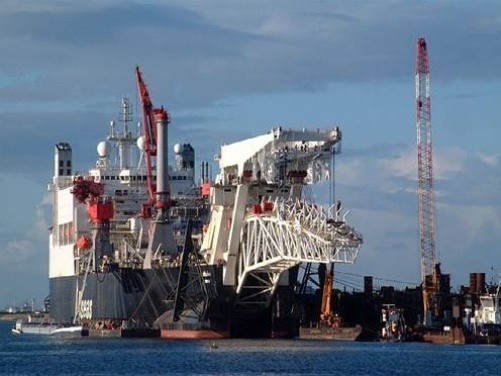 In the year 1998, after being sold to its present owners, it was re-christened as the Solitaire and began its intended operations as a pipe-laying ship.

Registered to the Panamanian port of registration, the Solitaire’s mainly used to lay pipes with large-length and medium-length dimensions. This has completely separated the Solitaire from the rest of her pipe-laying peers, adding further credibility to her operational existence after almost 15 years of servicing.

Solitaire measures almost 400 metres lengthwise, when her pipe-laying equipments are taken into account. Excluding these instruments, the vessel still measures a more-than respectable length of 300 metres with a breadth of 46.5 metres, a draft of 14.5 metres and a displacement of slightly over 76,000 tonnes. 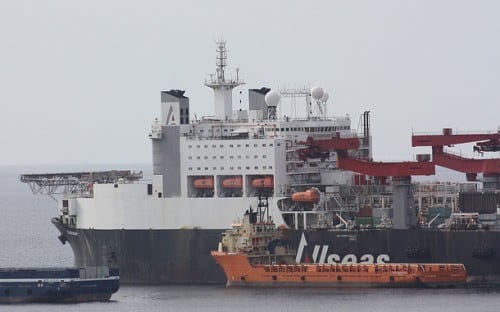 Statistically, Solitaire is capable of holding a maximum piping tonnage of 22,000 tons while laying pipes up to a distance of 1,000 kilometres in one year. In terms of speed, it translates to over nine kilometres of piping a day. Considering the maximum speed offered by the ship of 13.5 knots, this is perhaps the most noteworthy and singular feature of the ship in terms of its capacitance. 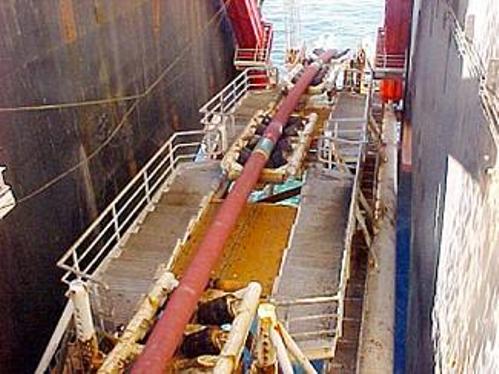 The Solitaire presents a glimpse of the future. It has been designed to provide optimum workability in the harshest of environments and water zones so as to make the constructional projects simpler and feasible. In its own way, the Solitaire can be claimed to be a revolutionary ship of the pipe-laying variance, perhaps inspiring many more in the years to follow.