You are here: Home › Types of Ships › Neptune: The Most Powerful Jack-up Vessel
TwitterFacebookLinkedInPinterestBuffer

Jack up vessels, constitute an integral cog in the operations pertaining to offshore wind farm and wind farm installation in the high seas. The Neptune jack up vessel is a one-of-its-kind jack up ship, specially designed and built by the Dutch marine engineering and construction cumulate IHC Merwede for its Belgian owners and operators, GeoSea, an offshore specialisation ancillary of the DEME conglomerate.

Commissioned to be built in the year 2010, the structural designing of the Neptune makes it a one-off vessel with no comparisons of operational excellence to other existing offshore wind turbine installing ships. 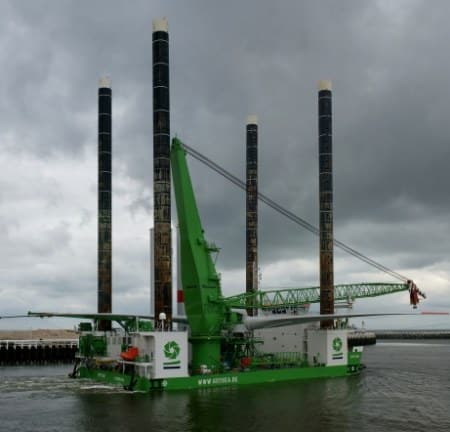 This facet of the jack up vessel thus also effectively makes it the most powerful wind turbine installing vessel. 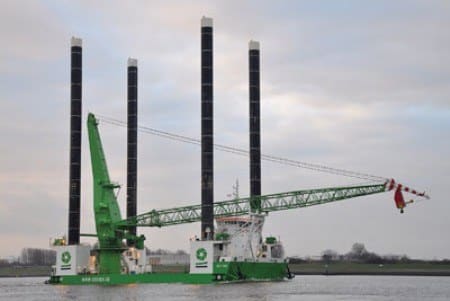 Put into operation in the month of September this year, the vessel’s deck space accounts for about 1,600 square metres with 10 tonnes per square feet. Four azimuth pushers, functioning by four engines powered by diesel, account for the vessel’s movement and constancy of position while on water. This thus adds to the singularity of the jack up vessel, making Neptune one of the rare auto-propelled offshore wind turbine installing ships. 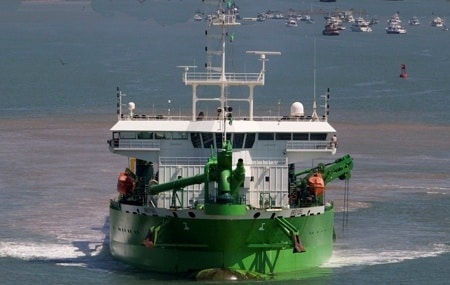 Named for the Roman sea deity, the jack up ship Neptune symbolises the technological development to successfully harness the power of oceanic winds and tides, for many years and decades to come.