According to the reports, Dockwise Vanguard – the giant Semi-Submersible Heavy vessel has already been booked for its second gig. The vessel will first be used for transferring Jack and St. Malo Platform for the offshore operations in the Gulf of Mexico in 2013. Following this, the vessel will be undertaking the transferral of the FPSO unit Goliat to operations in the offshore area in the Northern Norwegian.

Classified as a Type 0”, the Vanguard is a SSHTV (Semi-Submersible Heavy Transport Vessel) owned by the Dutch shipping conglomerate Dockwise. The vessel is currently being built by the South Korean shipbuilding conglomerate Hyundai Heavy Industries and will be officially a part of the Dockwise fleet from the autumn of 2012. 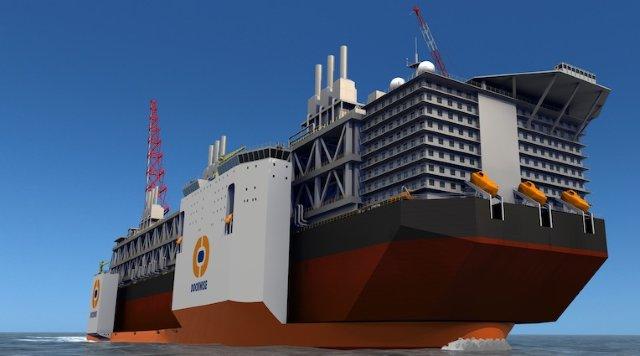 Prognosticated to be the world’s hugest SSHTV, the Dockwise Vanguard is categorised as a Type 0” vessel on account of its extremely huge size. The vessel is capable of hauling the required oil and gas extraction equipments and installations to the offshore areas within half the time required for the existing SSHTVs to do so. The total haulage capacity of the vessel is over 1, 00,000 tonnes while the present existing SSHTVs have a hauling capacity anywhere between 40,000 to 70,000 tonnes.

Post Vanguard’s commissioning in the year 2010, Det Norske Veritas (DNV), the leading marine authority for vessel categorisation and classification was contracted by the company to classify the vessel. The ship’s designing was carried in collaboration between Dockwise and the Finnish company Delta Marine.

The vessel has a budget of US$ 240 million which is payable through instalments – 45% in 2011 and the balance in 2012. Leading international banks like ABN AMRO, Royal Bank of Scotland (RBS) and the Deutsche Bank are also additionally responsible for the funding of the Dockwise Vanguard undertaking. 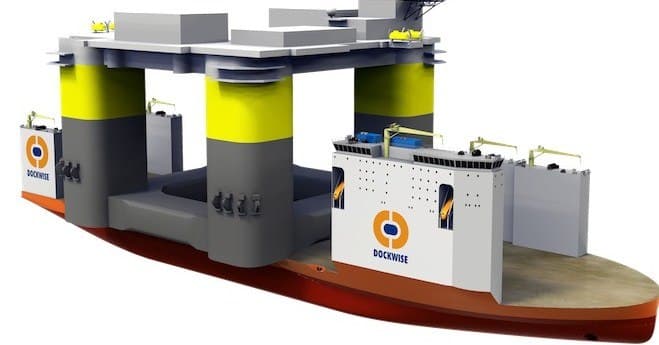 Apart from its huge size, the singularity of the vessel comes from its unique designing which provides for an absence of the conventional bow. Measuring 275 metres lengthwise, the vessel has a deck arena of over 19,000 square metres and moves at a speed of 14 knots along with being fitted out with a DP system.

The Dockwise Vanguard, according to the company representatives, is expected to revolutionize the existing operations of the company along with bringing a major change in the global SSHTV panorama.