It was only in the early 2000s that Russia introduced to the world, the concept of floating nuclear plant. In 2000 the Ministry for Atomic Energy of the Russian Federation (Rosatom) selected Severodvinsk as the site for the construction of the first floating power generating station.

Named after the Russian Academician Mikhail Lomonosov, Akademik Lomonosov is a vessel to be operated as world’s first floating nuclear plant. The foundation of the nuclear plant at sea was laid on April 15th 2007. Originally, as planned Akademik Lomonosov was designed to supply power in Severodvinsk town and SevMashZavod. However, with further development, the Russian Government approved the work to be transferred to the Baltic shipyard from Seymash. 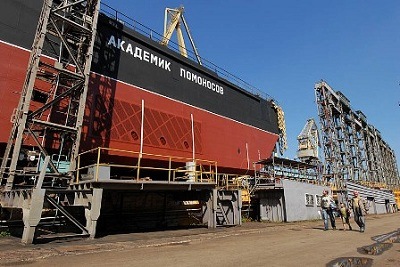 Launched on June 30th 2010, world’s first floating nuclear plant delivered the first reactor in May and the second in August of 2009. As per the scheduled date, the 144 metres long and 30 metres wide floating plant will be commissioned in 2012 and simultaneously deployed at the Kamchatka region in Russia’s east.

The nuclear plant will use two KLT-40 naval propulsion reactors for generating electricity up to 70 megawatt and heat as much as 300 megawatt. The reactors are especially designed by OKBM Afrikantory and the vessels are produced by Izhorskiye Zavody. The nuclear fuel fabricator company of Russia TVEL had publicly announced that its MSZ subsidiary will manufacture the first lot of nuclear fuel in the year 2011 for the first nuclear plant at sea. The research and siting studies for another such nuclear plant has begun. 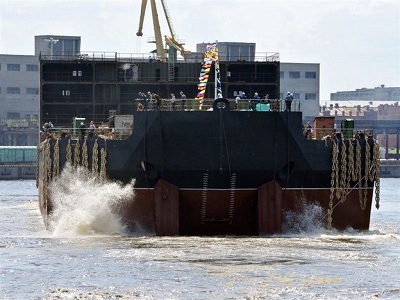 Going by a Nuclear.Ru report, the probable functional life of the plant will be approximately 38 years. It would include three 12-year cycles, along with outages of a standard eight months in between. The floating power station needs to be refuelled every three years. These would save up to 2, 00,000 metric tons of coal and 1, 00,000 tons of fuel oil every year. The reactors are expected to have a existence of 40 years. Every 12 years, the whole plant will be towed back home and go through servicing at the quay where it has originally been constructed. The discarding of the nuclear waste will be taken care of by the manufacturer and simultaneously supported by the Russian nuclear industry infrastructure. Thus, practically no chances of radiation are likely to take place where the power station will produce and generate the energy. 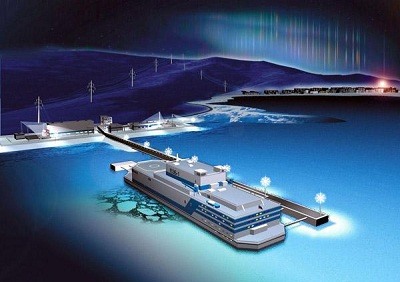 However, among all the unimaginable developments, the Environmental groups are worried that floating plant will be exposed to accidents and terrorism than compared to the land-based stations. Their concern arises after focusing on to the history of naval and nuclear accidents in Russia and around Russia and the remaining world, including the horrifying Chernobyl disaster of 1986. With 50 years of skills in functioning a fleet of nuclear powered icebreakers that are also used for scientific and Arctic expeditions, Russia is all set for yet another mind-boggling development that will be giant leap towards its nuclear development plans.