One of the world’s largest ship in the world with 23,000+ TEU capacity, MSC MIA, collided with a gantry crane while leaving container terminal at the port of Valencia, Spain.

The crane collapsed after hooking the cables with the ship while performing a docking manoeuvre. The rest of the installation bent over the quay.

The incident occurred at 9 am shortly after undocking manoeuvre of MSC MIA, injuring the crane operator who was rescued by the fireman and rushed to the hospital shortly after the incident took place. The injured workers were luckily able to warn the other workers about what was going to happen beforehand.

Port Authority of Valencia had immediately activated emergency protocols, calling the port police, Fire brigade and medical services for the rescue and admitted the crane operator to the La Fe Hospital in Valencia. 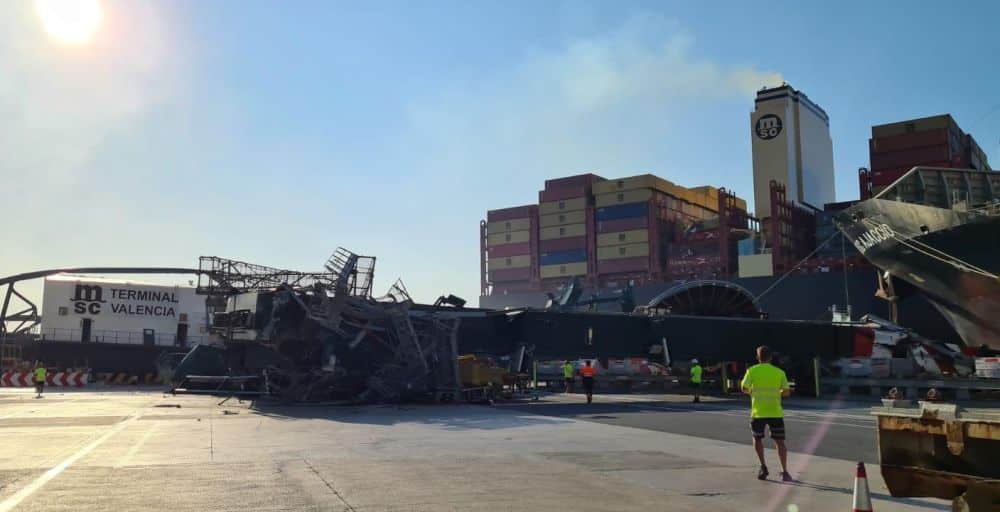 According to sources from the union of stevedores in the port of Valencia, the crane operator is in serious condition after suffering a cut on his head and has broken several ribs, as the biggest blow was taken by the chest.

Local reports said that the ship’s bridge got entangled with the crane’s cable. Ever since the crash, the port authority is working for the removal of the crane remains.

MSC MIA was anchored at Valencia outer anchorage. Her next port of call is Gioia Tauro, Italy. 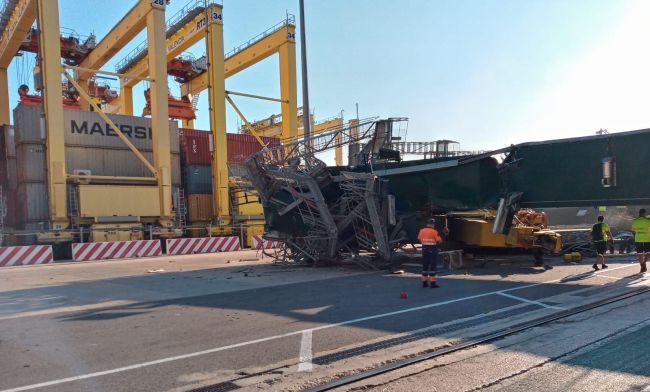 Panama flagged ship MSC MIA is considered to be one of the largest container vessels with 23,000+ TEU containers, with 228,149 dwt and IMO 9839466. The ship is owned by Mediterranean Shipping Company (MSC).