Vela, the fourth Scorpene class submarine being constructed by Mazagon Dock Shipbuilders Limited for the Indian Navy, was launched, on 06 May 2019, by Mrs Veena Ajay Kumar, wife of Dr Ajay Kumar, IAS, Secretary Defence Production, who was the Chief Guest on the occasion. VAdm AK Saxena, CWP&A was also present during the launching ceremony. This event reaffirms the steps taken by Mazagon Dock Shipbuilders Ltd (MDL) in the ongoing ‘Make In India’ programme, which is being actively implemented by the Department of Defence Production (MoD). 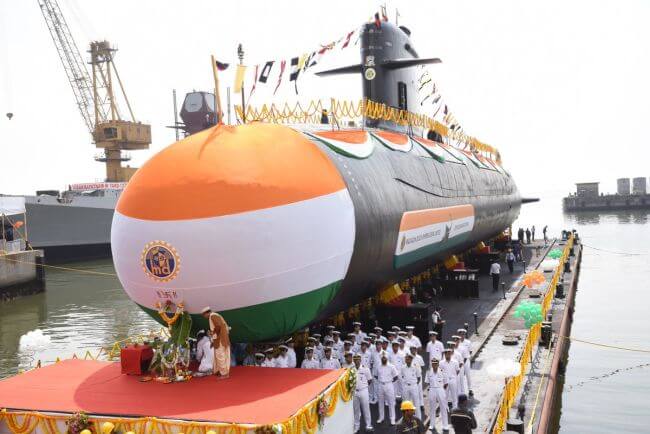 The submarine was towed to Mumbai Port Trust, for separation from the pontoon, after which she will undergo rigorous trials and tests, both in the harbour and at sea before delivery to the Indian Navy.

The contract for the construction and Transfer-of-Technology for six Scorpene-class submarines in series, has M/s Naval Group (formerly DCNS) of France as ‘Collaborator’ and are being built by MDL. 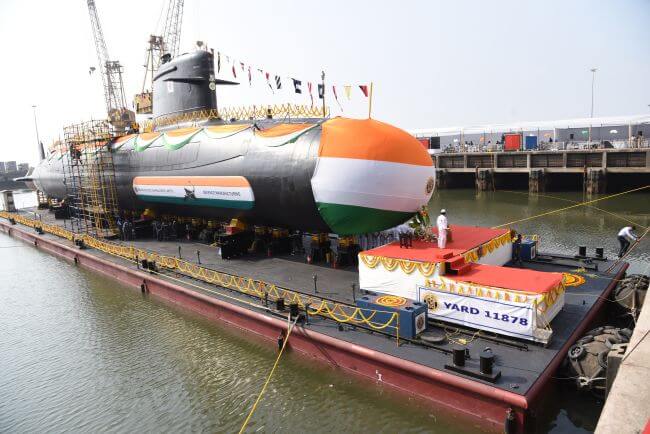 Cmde Rakesh Anand, Chairman and Managing Director, MDL said on the occasion that with the launching of the P15 B Destroyer ‘Imphal’ on 20 April 2019 and the, launching of Vela on 06 May 2019, were indeed some of the major events for MDL so far this year. 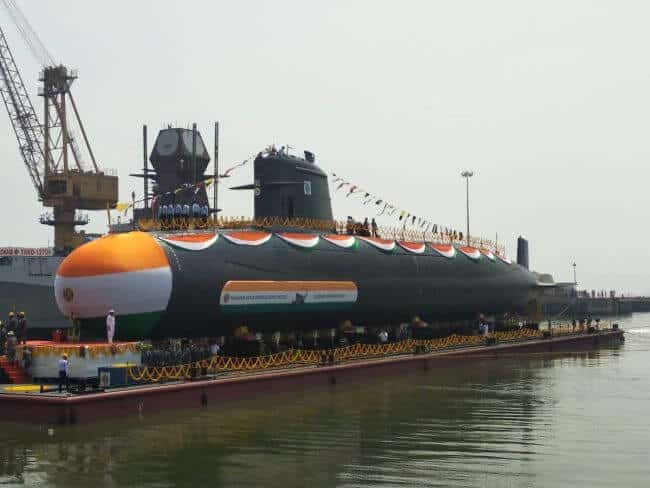 Presently Eight Warships and five submarines are under construction at MDL. MDL is one of the India’s leading shipyards with a capacity to meet requirements of the Indian Navy.

The Scorpene class of submarines can undertake multifarious tasks typically undertaken by any modern submarine which include anti-surface as well as anti-submarine warfare. The transfer of technology involves appropriate technical support by Naval Group to MDL in the field of construction, integration and tests of the submarines in India which is achieved through transfer of technical data package to MDL through information system as well as on job training to MDL’s personnel on critical technologies. 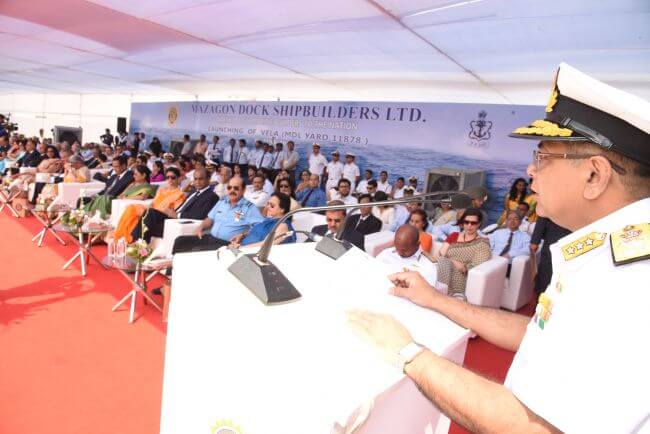 Leveraging the experience and the transfer-of-technology of the Scorpene project, with enhanced and upgraded infrastructure, MDL, is ready for undertaking construction of the future submarines.