The Panama Canal reaches a new milestone after the successful transit of four liquefied natural gas (LNG) ships with beams of up to 160 feet (49 meters) in a single day through the Neopanamax Locks. With this milestone, the Panama Canal breaks the record set on April 17, 2018, when three LNG vessels transited through the waterway on the same day. 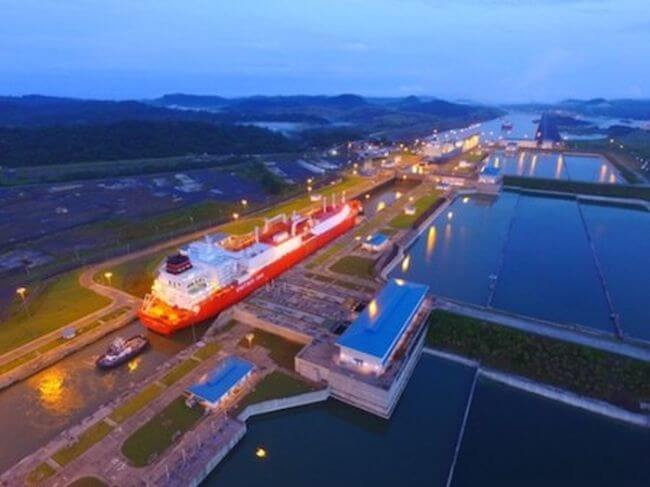 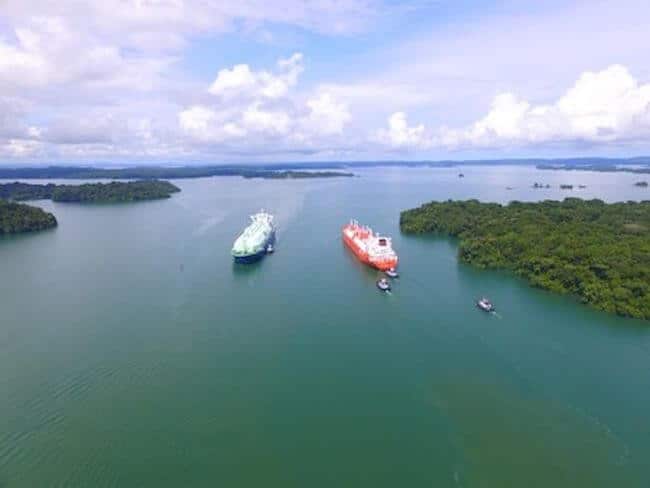 As a result of experience acquired with the transit of more than 4,200 Neopanamax vessels, the Panama Canal introduced changes to its Transit Reservation System to offer two slots per day to LNG vessels. These modifications have allowed to optimize the Expanded Canal’s capacity, in order to meet specific demands such as the transit of four LNG vessels today.

The modifications — announced in August 2018 and that came into effect today — also allow lifting certain daylight restrictions for LNG vessels, as well as meetings between LNG vessels in opposite directions in Gatun Lake.

“The transit of these four LNG ships in just one day demonstrates the Panama Canal’s commitment to maximizing the efficiency, flexibility and reliability of its service to all customers,” said Panama Canal Administrator Jorge L. Quijano.

With these modifications effective today, the Panama Canal reinforces its capacity to handle the growing LNG transit demand coming from the United States once the different export terminals begin operation.