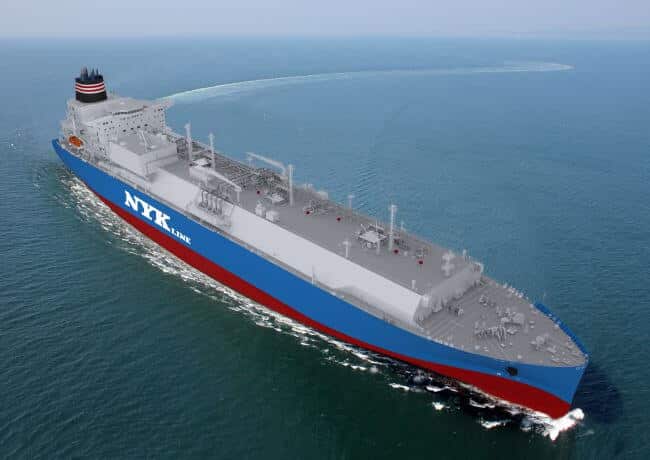 The NYK Group will be responsible for ship management for the three ordered LNG carriers, one which is scheduled to be delivered in 2020. For about 18 years, that ship will transport LNG from the U.S. state of Louisiana for the Cameron LNG project, in which NYK and MC both have a stake, as well as from other locations around the world.

The other two ships are scheduled to be delivered in 2021, and for about 17 years the ships will transport LNG from the LNG Canada project in British Columbia, Canada, in which MC has a stake, as well as from other locations around the world.

The three LNG carriers will be equipped with a WinGD-made dual-fuel slow-speed diesel engine (i.e., X-DF diesel engine) that has superior fuel-consumption efficiency and can operate on marine gas oil or boil off gas stored in the cargo tank. The carriers will also feature a re-liquefaction system that can use surplus boil-off gas effectively. The cargo tank will be a 174,000 cubic meter capacity membrane-type tank that will make use of advanced insulating materials* to suppress the boil-off rate (percentage of gas volume that vaporizes during navigation) in the cargo tank and realize superior efficiency and economical LNG transportation.

In accordance with its medium-term management plan “Staying Ahead 2022 with Digitalization and Green,” the NYK Group seeks to secure stable freight rates through long-term contracts and continue its efforts to contribute to a stable supply of LNG as an environment-friendly energy.