As a meeting of the International Maritime Organization’s Marine Environment Protection Committee (MEPC 74) closed in London, the Clean Arctic Alliance expressed frustration over Members States’ failure to address the risk to the Arctic from emissions of black carbon from international shipping.

A proposal by the Clean Shipping Coalition and Clean Arctic Alliance member Pacific Environment to immediately switch away from heavy fuel oil – a major source of shipping’s black carbon emissions – to distillate fuels did not garner adequate support from Member States. There was however, broad support among Member States for regulations to control black carbon emissions.

Black carbon is a potent short-lived climate forcer that remains in the atmosphere for only a few days to weeks, but when emitted from ships burning heavy fuel in or near Arctic waters, particles fall on ice or snow, reducing the albedo (reflectivity) and causing more heat to be absorb, thus accelerating the warming of the whole Arctic region. As well as the second leading cause of global warming, black carbon emissions are also harmful to human health.

“After a decade of debate on black carbon emissions from shipping, IMO member states are squandering their chance to respond to its impacts on the Arctic”, said Dr Sian Prior, Lead Advisor to the Clean Arctic Alliance. “The IPCC has made clear that we have less than 12 years to counter the worst effects of the climate crisis. Arctic countries and those with an interest in the Arctic have a moral obligation to act on black carbon emissions, following last week’s statement from Finland’s Chair of the Arctic Council, confirming ‘support for enhanced national efforts and international cooperation to reduce black carbon emissions across the Arctic”.

“There’s some consolation that as the meeting closed, it was agreed that concrete proposals should be put forward for consideration at PPR 7 in February 2020, but it is a real shame that member states did not seize the opportunity to make some preliminary decisions this week, including that Arctic shipping should move away from heavy fuel oil to lighter fuels, which could immediately cut black carbon emissions by around one-third”, she continued.

“Cutting ship-sourced emissions of black carbon is a rapid path to countering the current climate crisis, and to minimise further impacts from shipping on the Arctic”, said Prior. “While the broad recognition by IMO member states the need for regulations to control black carbon emissions is welcome, it is imperative that the IMO does not spend the next two years generating more hot air before reporting back to MEPC in 2021, instead of taking action.”

During MEPC74, Canada emphasised during a plenary intervention, during the discussion on black carbon, ‘…one of the options could be the mandated use of distillate fuels…taking into consideration the ongoing work on the proposed HFO ban’.

“This signal from Canada adds welcome momentum to the ongoing development by the IMO of an HFO ban on use and carriage as fuel in the Arctic”, said Andrew Dumbrille, WWF Canada’s Senior Specialist on Arctic Shipping. “Up to now, Canada has been on the fence with taking a position on the ban. However, by linking both the issues of spill impacts and black carbon emissions associated with the use of HFO, banning HFO becomes an extremely effective measure to deal with these urgent threats – it’s time for Canada to be more vocal in its support for the ban”.

“My people’s home in the Arctic is melting and we are seeing more drastic changes each year. We’ve experienced climate change. The warming climate is diminishing our culture, our livelihoods, our food security, and risking our communities who have and continue to depend on wildlife that need ice. We depend on ice to gather food, to protect our infrastructure, and for our very identity as a people. We need everyone in every sector to take responsibility for the black carbon problem and rapidly put in place actions that will reduce the impact of their emissions. Shipping contributes both carbon dioxide and black carbon to the warming of the planet, and after carbon dioxide, emissions of black carbon, a short-lived climate pollutant, are the 2nd largest contributor to global warming and to the melting Arctic. My people need action, not in five years, not in two years, but NOW! Urgent action is need to rapidly reduce the impact of shipping emissions on the Arctic.”

“If the IMO and its Members truly want to act urgently to reduce the effects of climate change in my home Arctic region, then rapidly lowering emissions of black carbon by the shipping industry will provide the simplest route to near term reductions in warming. The only way to accomplish this is by immediately switching to distillate or alternative fuels for ships that use, or can use, residual fuels. Additional technologies such as the addition of Diesel Particulate Filters will reduce emissions of black carbon, and its warming effects, even more. Arctic people, including my family, depend on a healthy clean Arctic for our food and livelihoods. We hope the IMO will protect our ocean we’ve called home for millennia from the negative impacts from shipping.”

The IMO’s Pollution Prevention and Response (PPR) technical committee will be tasked with considering regulating or otherwise directly controlling Black Carbon emissions from marine diesel engines to reduce the impact on the Arctic. There will also be further consideration of Black Carbon measurement methods to be used in conjunction with regulations to control BC emissions from marine diesel engines, and a standardized sampling, conditioning and measurement protocol is to be developed.

There was broad support for measures and / or guidance to reduce Black Carbon emissions to be developed by PPR from Belgium, Canada, Finland, France, Germany, Iceland, Iran, the Republic of Korea, Netherlands, Norway, Poland, Romania, Sweden, Tuvalu, and the United States, as well as the International Chamber of Shipping. Although a number of countries felt that the consequences of other soon to be introduced measures, such as the 2020 sulphur-cap, needed to be considered too, and Russia suggested that consideration of control measures was premature at this stage.

With respect to the ongoing work to develop a ban on the use and carriage of heavy fuel oil in the Arctic, recent progress was noted including the adoption of a methodology for impact assessment and a working definition of heavy fuel oil. The work will continue at PPR 7 in February 2020, when IMO Members are requested to submit impact assessments.

Complicit support for the proposed ban on the use and carriage of heavy fuel oil as fuel already under development to address the spill risk was very welcome, since once adopted it will also reduce Black Carbon emissions in the Arctic. This does not however, recognise that the geographic area over which Black Carbon emission regulation is needed should be a much larger area because of the ability of Black Carbon to travel into the Arctic while in the atmosphere from neighbouring land and seas. 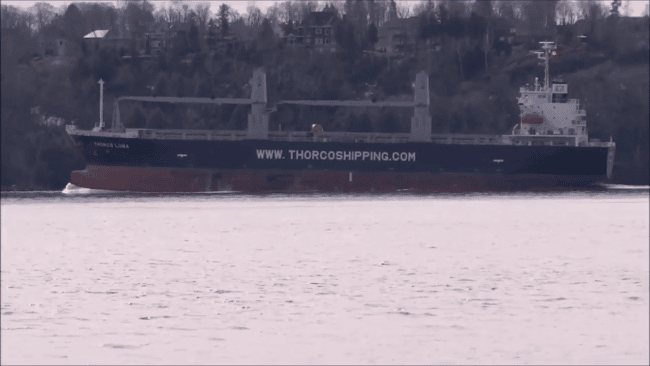