You are here: Home › Shipping News › Jan De Nul Cleans Up Polluted Beaches Along The Coast In Southern France
TwitterFacebookLinkedInPinterestBuffer

France engages the environmental expertise of Jan De Nul Group to clean up the oil-polluted beaches along the Mediterranean Sea. This week, Envisan, the environmental subsidiary of the dredging and construction company, signed a contract with the French company Le Floch Dépollution for cleaning up the polluted sand using Envisan’s soil treatment centre near Toulon. Le Floch Dépollution has been contracted by the insurance offices of shipping companies to tackle the consequences of marine pollution calamities that have occurred in the departments of the Côte d’Azur and the Var. 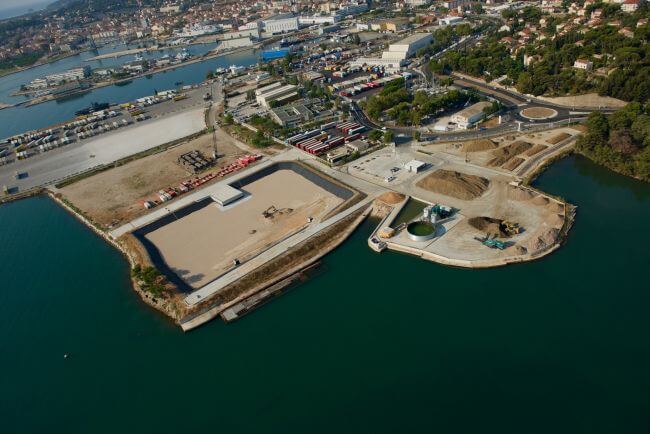 In early October, two tankers collided with one another on the Mediterranean Sea, causing a leak in the fuel tanks. Some of the resulting pollution was immediately captured at sea but within a couple of days, the remaining considerable part washed ashore onto the beaches of southern France. The Prefecture of the Var department was forced to close the beaches to the public, and up until now, oil pollution continues to be washed ashore onto the beaches.

Envisan is awarded the contract to treat all the polluted sand at its soil treatment centre near Toulon, where it will be subjected to a physical-chemical washing process. Currently, the treatment of approximately 2,000 tonnes of sand is expected, but as pollution continues to wash ashore, this quantity may still increase.

Presently, Envisan and local environmental authorities are investigating if it is possible to re-use the decontaminated sand to replenish the excavated beaches, leading to a fine example of how Envisan embraces the circular economy.

The soil treatment centre of Envisan near Toulon

Over the past few years, Envisan, a leading environmental company, has set up a network of sediment and soil treatment centres: five centres in Belgium and one in southern France in Toulon. The French centre, which opened in 2015, offers the Mediterranean construction and marine industry a solution for contaminated soils and dredged sediments. In this centre, sediments can be dried both in lagoons and by way of filter presses, and from this year, the centre also features a physical-chemical plant that is able to wash and revalorise heavily contaminated soils.