As part of its gender inclusion initiatives in the nautical industry, world-leading towage operator, Svitzer hired the first 100% female crew for the Dominican Republic.

Santo Domingo, Dominican Republic. Over the waters of Rio Haina and Caucedo, in the Dominican Republic, operates a very special vessel; it is the Svitzer Monte Cristi, a 70-ton tugboat that helps maneuver larger vessels so they can dock, undo or be driven through the channels.

The boat is special not only because of the expertise, technical knowledge and safety standards applied; this is the first crew integrated by women, a milestone for the Latin American maritime industry. 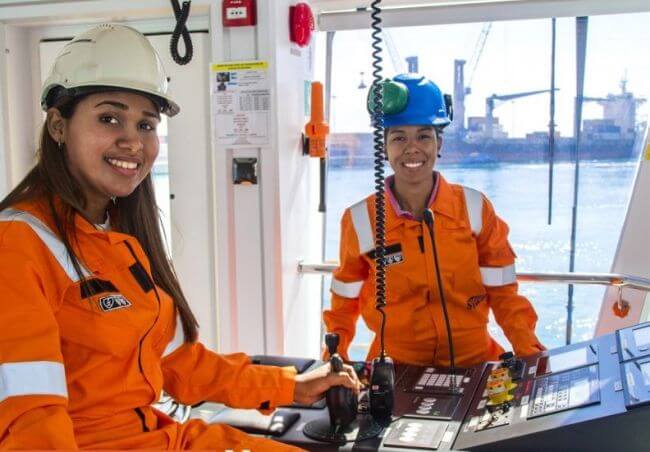 “Many things that we presume to be done through physical force, in reality, only require technical intelligence and the right tools. Many may think that women do not have the ability to work on a powerful tug boat, but our crew has shown that this type of work is not exclusive to a specific gender. With dedication, it is very possible,” said Chief Engineer of Svitzer Monte Cristi, Marysabel Moreno.

The General Manager of Svitzer Caribbean, Cap. Dickson Rivas and members of the executive board of the company pursued this project for two years and focused their energy on training. Captain Eduard Medina said that the group was encouraged to live up to the Svitzer standards and today, all see the reward. “These women have become local icons for others and have proven to be an efficient and hardworking team,” he added.

Through this gender-inclusive initiative, Svitzer Americas seeks to change a historical trend, the navigation industry’s marital gender bias. According to The International Transport Worker’s Federation, it is estimated that only 2% of the maritime workforce is made up of women, most of them employed on cruises and ferries. However, in the Dominican Republic, you can now find women in the ranks of officers or captains directing vessels and performing maneuvers safely.

“At Svitzer, we want to work actively to improve the opportunities and careers of our female colleagues and for those who work in the industry. Today, globally, the organization employs a total of 21 marine women who work on command positions to operational tasks,” said Dickson Rivas, General Director of Svitzer in Dominican Republic.

For Rivas, the development opportunities provided by Svitzer benefit the people living in the communities so that anybody can be part of the industry, regardless of gender, race, religion, etc.