DNV GL is proposing a new hybrid power concept for offshore units using batteries in combination with traditional power generation equipment. The concept has already delivered multiple advantages in the maritime and automotive industries, but has not yet been applied in the O&G industry. “We are inviting the oil & gas sector to jointly develop a solution for incorporating hybrid power systems in the offshore industry. This will reduce costs, fuel consumption and emissions” says Christian Markussen, subsea business development director at DNV GL Oil & Gas.

Oil and gas operators are under constant pressure to reduce both cost and emissions – two requirements that are conflicting. An important means of achieving these reductions is by improving energy efficiency, which DNV GL suggests can be done by using a hybrid system. We are therefore launching a Joint Industry Project which aims to capture the lessons learnt from the maritime industry, evaluate the business case and provide practical guidelines for implementation.

The concept that DNV GL is proposing is similar to that used in the automotive industry, for example in the Toyota Prius. The maritime industry started to adopt this technology five years ago not just because of the environmental benefits, but also because it adds financial value and performance benefits. In the automotive industry there is typically about a 20% fuel saving with the use of a hybrid system, but in some maritime applications there is up to a 40% saving and DNV GL expects to see the same for the O&G industry. Currently there are 17 hybrid ships either in operation or being built, plus one electric ferry. DNV GL studies show that the payback period is typically only about two years for the maritime application. 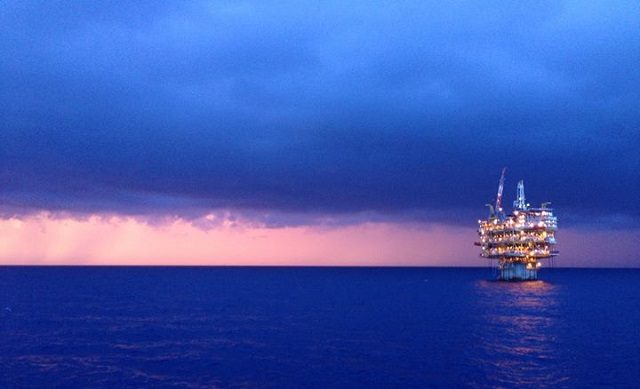 “While this hybrid technology has matured in the maritime industry it has not yet been used in the offshore industry.  We think it is now ready to be applied to new offshore developments. Such a solution can combine conventional gas turbine generators, power from shore through a subsea power cable, another nearby offshore facility for power sharing or even renewable energy sources,” says Markussen.

He explains further that the reduced size of the power generator is a major advantage with a hybrid approach. Today, a conventional offshore facility is typically powered by three gas turbine generator sets, plus a spare one for redundancy. Here the total installed power is dimensioned according to the peak power requirement, but is normally operated at a much lower power level. In addition, the gas turbines are operated at low partial-load in order to have reserve capacity to be ready to react to sudden power demands. This result in low power generation efficiency and thus the fuel consumption and CO2 emissions are higher per unit of power.

“However, with a hybrid system the power generation becomes optimised for an average load rather than a peak load, and hence the power generation capacity can be reduced. A battery, like those used in maritime vessels, will act as a buffer and supply power when needed or charge up when demand is low,” he clarifies.

Our initial studies show that hybrid technology can add value to a project in several different ways: