Disclosure: This post may contain affiliate links, meaning we get a small commission if you decide to make a purchase through our links, at no additional cost to you. You can read our full disclaimer here.

In the world of literature, many fiction writers are known for blending facts with fantasies in such a way that their readers do not lose their perspective. Each and every author has his or her own style of writing which has kept their readers hooked and waiting – sometimes months and years on end.

The domain of fiction includes literary works, in different genres, which deal with various aspects of human life, from love to tragedy and life to death. Among these, the marine domain is an area that not many authors have chartered, but the ones that have done it, have done so with great skill and aplomb.

Known as Nautical fiction, this category of works tells stories of life at sea, explaining the complex human relationship with the sea and its uncertainties.

Detailed below are ten such wonderful penmanship revolving around the domain of oceans and its immense vastness. These books have been greatly appreciated by readers across the world and are a must-read for those working at the sea.

Written by American novelist Herman Melville in the mid-1850s, Moby Dick is considered to be a classic book which D. H. Lawrence once described as “the greatest book of the sea ever written.” Moby Dick or The Whale tells the story of the obsessive quest of Captain Ahab of the whaler Pequod for revenge on Moby Dick, the albino sperm whale that on the previous whaling voyage destroyed his vessel and bit off his leg at the knee.

The author has put the novel in the first-person point of view of Ishmael, whose character is shown to be that of a whaler. The book combines the aspect of revenge, orthodoxy and the then-vintage profession of whaling for ambergris. More than just a story of adventure, this masterpiece of Melville narrates a struggle between good and evil.

Moreover, this works thrills readers when realising that a good part of the material of this book was drawn from Melville’s own experiences as a seaman aboard whaling ships. 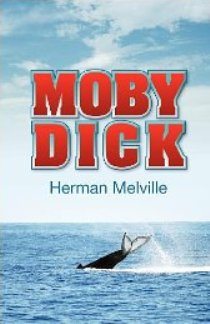 The Old Man and the Sea, written by legendary American writer Ernest Hemingway, tells a relentless, agonising battle of an old Cuban fisherman with a giant marlin far out in the Gulf Stream.

With his simple and brilliant language, the writer narrates the patience and determination of the fisherman, Santiago, in his solitary struggle against his catch after days of unluckiness in the sea.

After 84 days-long string of bad luck, a big Marlin takes hold of the line, however, leaving Santiago incapable of handling his catch because of its size. After three days of struggle in the sea, Santiago reaches shore only to see that his efforts were in vain.

Beyond a thrilling tale, the novel talks about the battle of humans with the environment and even a fight against our own doubts.

The short novel, published in 1952, was awarded the Pulitzer Prize for Fiction in 1953 and acted as an important work in Hemingway winning the Nobel Prize in literature in 1954.

The Old Man and The Sea, Book Cover May Vary
Check Price on Amazon

A creative nonfiction work based on the “1991 Perfect Storm” that hit North America between October 28 and November 4, The Perfect Storm: A True Story of Men Against the Sea qualifies as a real-life thriller.

Written by Sebastian Junger in 1997, the book explores the impact of a massive storm that was caused by the freak meeting of two weather fronts through the story of a trawler, the Andrea Gail, and its six-man crew abroad. Its main component can be regarded as the perfect combination of incorporating a real-life incident with the author’s re-creation of the resultant happenings.

Sebastian Junger’s thoughts flow clearly and at no point in time would readers feel like keeping the book aside. Andrea Gail is immortalised in the hearts and minds of readers across the world, thanks to Mr. Junger literary contribution.

The book was made into a movie of the same title in 2000 by director Wolfgang Petersen. 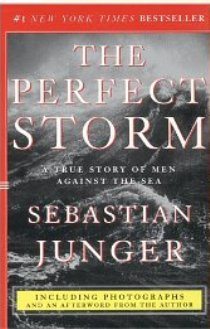 The Perfect Storm: A True Story of Men Against the Sea
Check Price on Amazon

A series of 10 books written by C.S. Forester offers a fictionalized history of the Royal Navy during the Napoleanic era. The books depict the life of a newly commissioned seaman, named Horatio Hornblower, during the harsh marine times of the Napoleonic War.

As Horatio climbs up the vessel hierarchy, from midshipman to Lord, he meets and interacts with various kinds of people who add to his adventures.

For readers, the books work as a window into history because of the outstanding details appears in these books. Through this singular series, according to critics, C.S. Forrester has contributed his own uniqueness to the confluence of fact and fiction.

R.E. McDermott’s first novel, Deadly Straits, is built around the context of marine terrorism and piracy as the name suggests and justifies its title with a fast-paced plot, which is disturbingly plausible. This maritime thriller, published in 2013, tells the story of a marine engineer named Tom Dugan, who becomes collateral damage in the War on Terror.

However, what adds to the book’s speciality is the fact that the author is able to put into written context, his imagination for the audience – especially for those who might not be that well-versed in the marine aspect. For those who love sequels, Deadly Straits sets up the right tone for a potential sequel, though it is unsure whether the author is planning to write one or not. 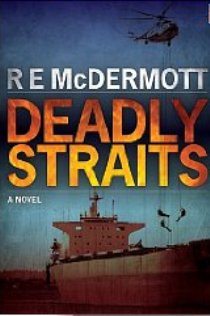 Penned by James Clavell in 1975, Shōgun is a maritime novel set in Japan around 1600 and tells the story of a bold English sailor who encountered two people who were to change his life – a warlord with his own quest for power and beautiful woman torn between two ways of life – after his ship was blown ashore in Japan.

The novel talks about a real-life person who rose to popularity amidst really troubling waters from the perspective of a Westerner. This unique confluence of an imaginary Western character meeting and understanding the larger-than-life Oriental hero defines the book as one of the all-time marine classics.

Shōgun, the first novel of Clavell’s Asian Saga, a series of six novels written by the author between 1962 and 1993, is an enjoyable epic despite the complex plot. Shōgun was a major best-seller as it had sold 15 million copies worldwide by 1990. 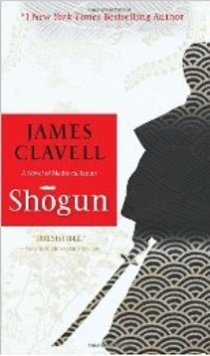 The North Water Ian McGuire’s The North Water, which was published in 2016, is a brilliant novel that tells the story of a group of men abroad a nineteenth-century whaling ship sets sail for the Arctic.

The Irish ex-army surgeon Patrick Sumner, an opium addict, joins as a surgeon on the whaling ship only to meet more villainous and unfortunate people, including the most vicious Henry Drax, onboard during the voyage.

With sharp, cinematic details of violence, cruelty and the awful reality of whale-killing, McGuire takes his readers along with the whaling ship, the Volunteer, to the cold waters of Arctic.

Confirming its brilliance, The North Water was included in the Man Booker Prize 2016 longlist and The New York Times’ 10 Best Books of 2016. 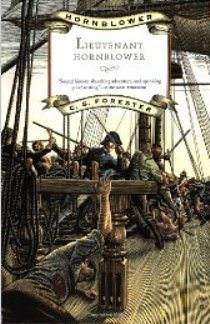 The North Water: A Novel
Check Price on Amazon

British novelist Patrick O’Brian’s Aubrey–Maturin series, a sequence of over 20 nautical historical novels, is another sea saga of the Napoleonic Wars. Published between 1969 and 1999, the story of the novels is set in the Royal Navy during the Napoleonic Wars.

The novels are built around the friendship of Jack Aubrey and Stephen Maturin, the English naval captain, and the Irish–Catalan physician, respectively.

Often described as the best historical novels were ever written, O’Brian’s works offers a detailed depiction of 19th-century life and many among this series reached The New York Times Best Seller list.

The last and unfished novel in the series was published four years after the demise of O’Brian in 2000.

Written in 1915, The Shadow-Line of Polish-British writer Joseph Conrad is an autobiographical short novel. One of the masterpieces of Conrad, the novel portrays the life of a young new sea captain at a crossroads in his life.

The story moves through a succession of crises- the turbulent waters, the crew suffering from fever and seemingly haunted ship- the new commander faces.

Notable for its dual narrative structure, the fictionalized account of the owner’s own experience as a young captain treats readers with subtle style of narration that filled with suspense.

Known as one of the greatest adventure novels of all time, Rafael Sabatini’s Captain Blood is a tale of swashbuckling adventure.

In this classic naval fiction, Sabatini tells the story of Irish physician Peter Blood, a former sailor and soldier, who wrongly convicted of treason.

Escaping the hangman’s noose, Blood ends up being the most feared pirate captain on the Spanish Main. Alongside the adventures of Blood, the layer of a strong romance makes this an excellent page-turner.

As a continuation of this novel, the author has written fifteen more short stories set during Blood’s pirate career. In 1935, the novel was adapted into a film in the same title by Michael Curtiz.

Do you know any other maritime/seafaring/marine novel that can be added to this list?