You are here: Home › Recreation › 10 Famous Fictional Captains Of The Maritime World
TwitterFacebookLinkedInPinterestBuffer

Factuality inspires fiction. Just as in the factual maritime world ship captains have led by example and from the forefront, there have been created their fictional counterparts who have equally proved their mettle. These famous captains are admired and loved worldwide for their characters in some movie or novels.

However, not all of these famous captains are honourable heroes, blessed with perfect physical statures. Some of them are quirky, eccentric and even antagonistic at times, which has led to an accentuation of their appeal among the fans across like nothing seen before.

Elaborated are 10 such famous fictional maritime captains, each with a character trait unique and thoroughly alluring:

The four movie series have each displayed a newer dimension to the character of Jack Sparrow, which has been effectively justified by the award-winning actor.

Captain Haddock: Captain Haddock, of the Tintin fame is a character created by Belgian author Herge. This captain is well-renowned for popular catch-phrases that form a part of his litany of abuses and for his perennial habituation to alcohol. 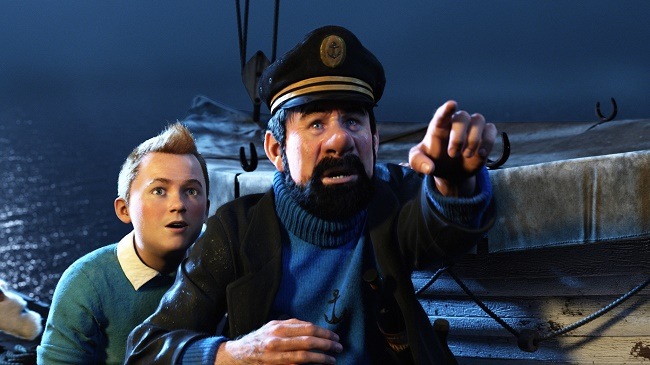 But at times of need and emergency, skipper Haddock is the first person to help Tintin to solve his mysteries and escapades.

Skipper Ahab: A fictitious character penned by American author Herman Melville, skipper Ahab is a brooding captain of the whaling vessel Pequod. His character portrayal is often regarded to be quite intense as the plot of the novel details his obsession and vengeance with the albino black whale (sperm whale), a unique paradox in itself.

Captain Nemo: Captain Nemo is an Indian skipper who finds his rightful place in both Jules Verne’s all-time literary classic Twenty Thousand Leagues under the Sea and its readers across the globe.

Nemo is a character who has undergone immense personal hardships and as a means of overcoming them has re-modelled himself into anti-hero persona.

Captain Davy Jones:  The portrayal of Captain Davy Jones in the Pirates of the Caribbean series is another marvellous interpretation on a well-known maritime mythical legend. As showcased in the movies, Captain Jones lends credence to the terminology ‘Davy Jones’ Locker’ whilst piloting the fabled ‘Flying Dutchman’ in an almost invincible manner.

Davy Jones’ characterisation is that of a troubled man who loses his purpose of being commissioned as a skipper to trawl the oceans, both known and unknown, transporting the dead to their ultimate deliverance. This is one of the most famous captains of the fictional maritime movies.

Barbossa is a complex character whose intentions can never be understood but one who’s always in competition to achieve and one-up Jack Sparrow. Barbossa is portrayed by British actor Geoffrey Rush in the movie series.

Captain Isaac Biddlecomb: The fictional character of skipper Issac Biddlecomb features in a series of five gripping novels written by American author James Nelson. Skipper Biddlecomb’s heroics in the American Revolutionary War as a buccaneer-turned-war hero made him an instant hit with readers and enthusiasts from far-flung places across the world.

Underlining the personality of double-standard and deceit, Hoseason’s character outlining yet adds a bold and distinct flavour to the novel’s plot.

His only drawback as defined by the author is that of undue suspicion, which though seems utterly justified as one turns the pages of the fast-paced literary marvel.

Sequenced by cartoonist John Ryan in the early 1950s, Pugwash skippered the vessel ‘Black Pig’ and was portrayed as a bumbling yet affable character. The success of the comic strips led to it being converted into a TV animation series, which was equally well-received.

What are Master’s Standing and Night Orders?

The Importance of Pilot-Master Relationship on Ships

What is the Responsibility of the Master after Abandoning a Ship?

When Should Officer on Watch (OOW) Call the Ship’s Master?