You are here: Home › Recreation › 10 Amazing Floating Restaurants in the World
TwitterFacebookLinkedInPinterestBuffer

The geography of the earth, if considered in generalized terms, is not that different. Almost every country in the world is surrounded by water, making life’s sustenance hugely dependent on the same. Over the passing of countless centuries, men have learnt to come up with architectural marvels constructed around – or in some cases even over water.

In this article we talk about some of the best floating restaurants around the world which provide a unique dining experience to its visitors.

Herein are mentioned 10 of the best constructional wonders with water as their foundation base are. Not only is their construction unique, but even their view from afar is equally singular.

1. Vancouver: Known as the ‘Plastic Dining Room’, the restaurant gets its name because of the main building material used. 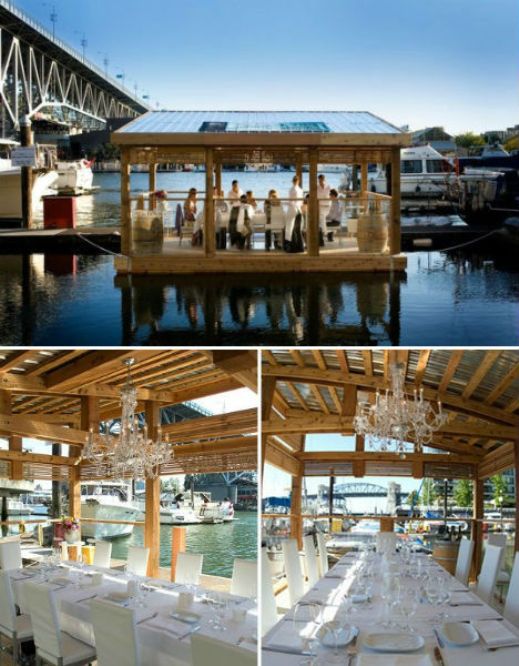 Plastic – nearly 1,700 bottles – along with pine-wood has been used to build the restaurant which is afloat on water. 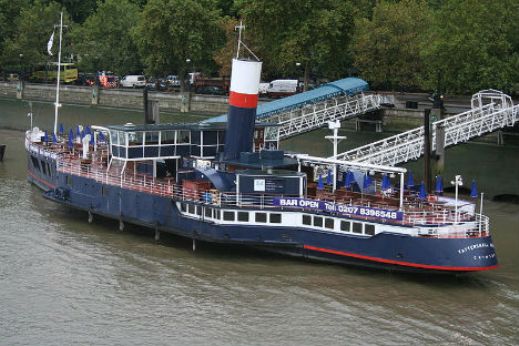 The vessel was constructed in the year 1934 and after nearly four decades of active operational duty, it was respectfully discharged from its military obligation. Presently the ship is anchored in London’s Thames River and functions as a very famous eatery and taproom.

3.Petit Vardo:  A South-African drifting eatery marvel, the Petit Vardo is a flatboat-converted-restaurant in the River Vaal. 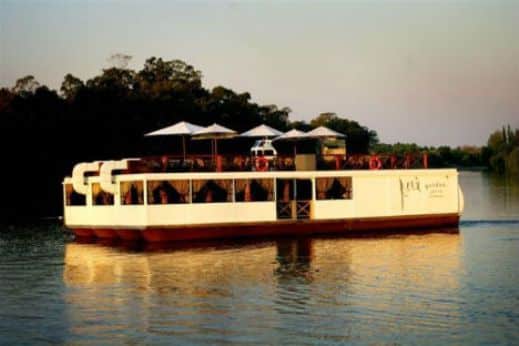 The restaurant’s highlight is during the evening hours when it is brightly lit and brilliant in its radiance.

4. Rustar Dhow: In spite of being a desert at large, the middle-eastern countries are well-known across the world for their constructional flair. 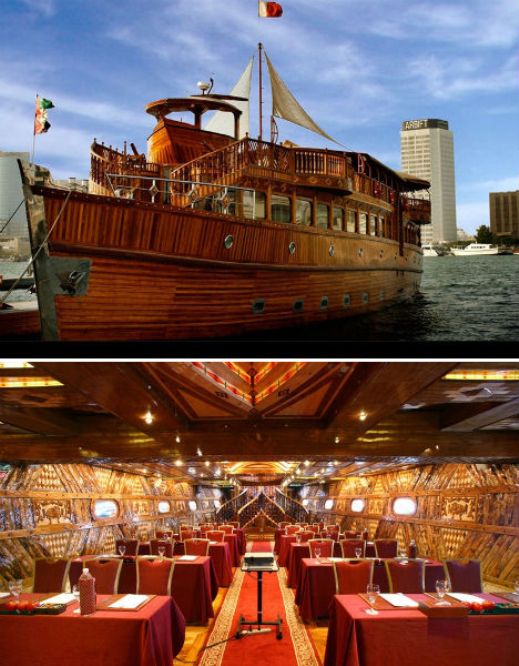 Rustar Dhow located in the emirate of Dubai is a ship that traverses through the oceanic waters, offering scenic beauty along with excellent cuisine to patrons aboard the vessel.

5.Cat Ba Bay: There are locales which have one restaurant floating on water. 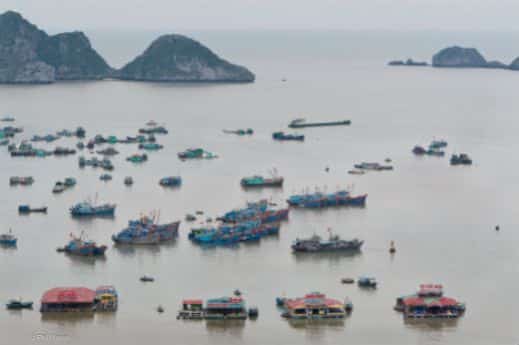 But the waters of the Cat Ba Bay in the South-Asian country of Vietnam are unique as they are full of boats which act as floating eateries. In pictures, these eateries look like tugs tugging house-boats along with them.

6.Sea Palace: Named ‘Sea Palace’, this restaurant is located in the Dutch capital of Amsterdam. 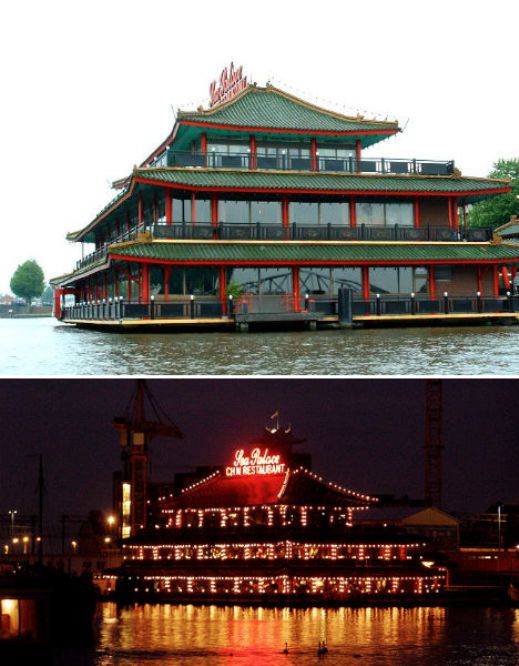 A Chinese restaurant, the Sea Palace is built in the traditional Chinese architecture and is regarded to be the first Chinese construction of its kind in the Netherlands.

7. Kettuvallams: The backwaters of the state of Kerala in India are known across the world. 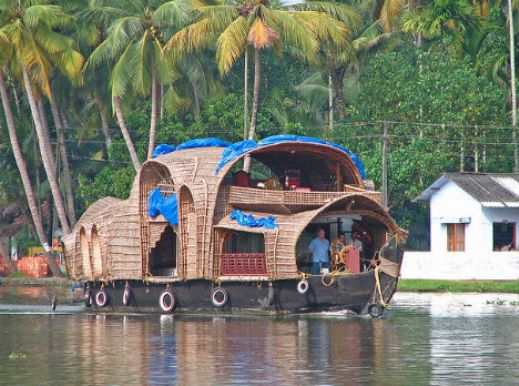 The Kettuvallams – house-boats in native Malayalam –are quintessential offerings of the Keralite culture, spanning throughout the backwaters.

8.Salt and Sill: Residential problems on land can force people to migrate to settle over water parts. 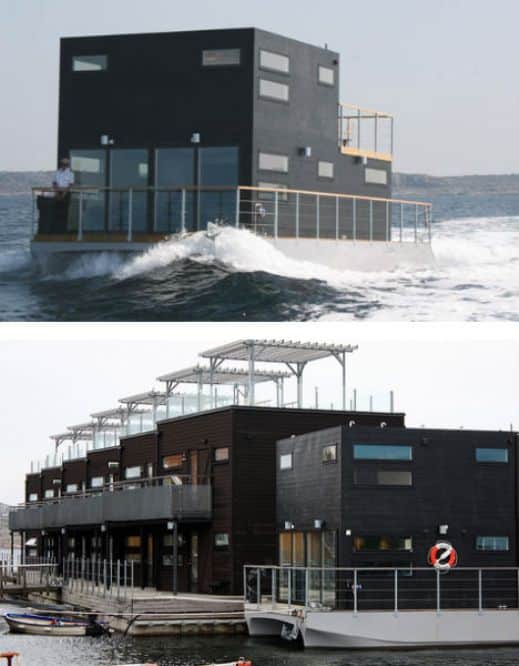 But the Salt and Sill eatery in Sweden could be the first eatery in the world to be established over water because of land shortage. The restaurant is a flatboat offering marine cuisine and delicacies unlike any other.

9.BBQ Donut: The BBQ Donut in Germany not only has a unique name – combining two favourite food varieties – but also has a singular location and mode of seating. 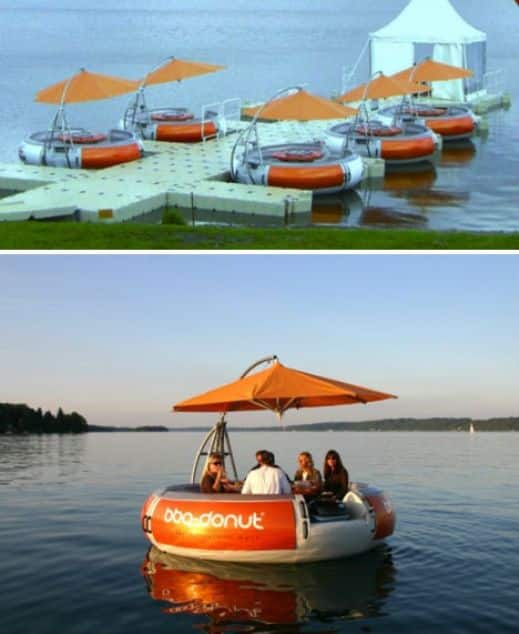 Patrons can enjoy their food sitting around a floating circular table surrounded by the scenic beauty of the water and the greenery beyond. 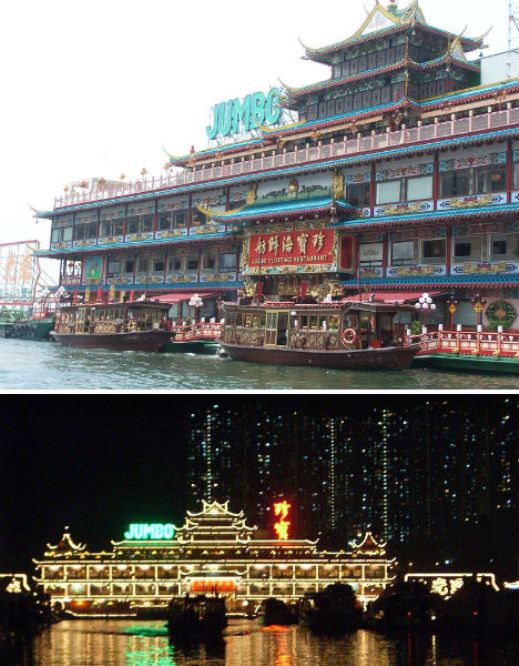 In the past nine years of its existence, the restaurant has been transformed from a mere eating house to a small and singular theme park. The eatery can be regarded as one of the most important high spots in the city of Hong Kong.

Do you know any more floating restaurants or have already visited one?

The World’s Largest Floating Rubber Duck – No, It’s Not a Ship!

A Sunk-in Bridge that Parts Water Perfectly
Want to share your tips and advice? Got questions? Visit the community forum to ask questions, get answers, meet people, and share your tips!