The planned construction of an OTEC (Ocean Thermal Energy Conversion) power plant in the Southern Chinese high seas sets the bar for all potential global OTEC construction and development. The power plant is intended to be a joint venture between two business giants, US-based engineering corporation Lockheed Martin and Hong Kong-based construction consortium Reignwood. The power plant will provide and sustain the energy requirements of the holiday resort township to be developed by the Reignwood consortium.

Once operational, the power plant will be able to generate up to at least 10 mega watts of energy, enough to sustain the energy requirements of a smaller metropolis.

The Chinese high seas were specifically chosen as a preferred location for the power plant. The warmness of the oceanic water in the tropics accounts for a greater degree of variation between the surface and sub-water temperatures which results in great enhanced workability for the power plant. 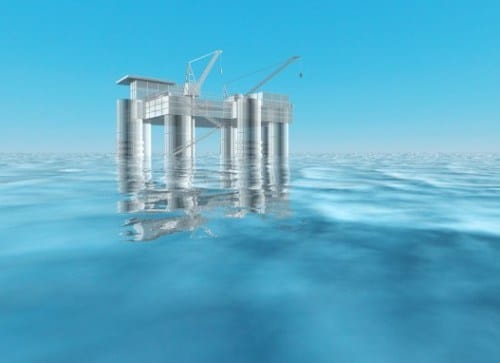 In addition to its comparatively higher energy generating capacity, the proposed OTEC power plant will also offer the following benefits:

According to the engineering experts of the project, the energy generated through the power plant can also be transferable to other areas like desalination of water resources and providing fuel to electricity-driven automobiles. A highly ambitious venture in terms of its monetary investment, the OTEC power plant nevertheless promises to bring in significant yields to both investing parties. 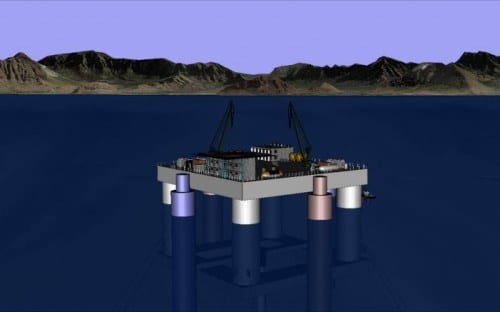 The utilisation of OTEC power plants has been considered as an alternative fuel generation system since the late 20th century. 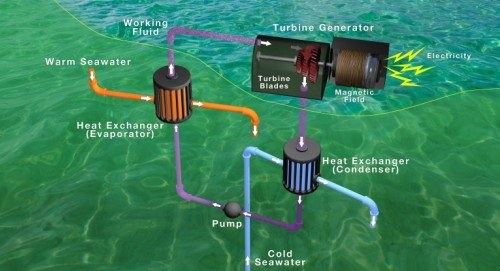 The Chinese OTEC power plant however lays the foundation of its work ability in the widest of sense even allowing for potential constructional plans to be discussed for OTEC power plants capable of generating to up to 100 mega watts of energy. If such power plants do come into existence, it will result in a massive sustaining of the global ecology by harnessing safer and surer methods of energy generation.

SeaTwirl : A New Type of Offshore Wind Turbine
Want to share your tips and advice? Got questions? Visit the community forum to ask questions, get answers, meet people, and share your tips!