MODU or mobile offshore drilling unit is a term for floating drilling units such as semi-submersibles, jack-up rigs etc.

Oceans have provided us with the bulk of fossil fuels and they still continue to do so. Since decades, petroleum companies have been on a constant lookout for the availability of reserves around the globe.

When the land reserves were getting emptied up due to the constant scooping and drilling, the ever increasing demand for oil and gas had to be extended to the resource-rich oceans.

Offshore drilling and platform development has catered billions of tonnes of natural resources to the global markets over time. Subsea drilling and the related work are considered operationally challenging and financially taxing.

In this article, we’ll try to explain in brief on what goes into drilling oil wells at sea and how gigantic rigs and support platforms have made ultra-deepwater resources available to the world markets.

Locating the offshore oil and gas reservoirs and use of MODU

To decide on a site with a potential oil/gas payout, Geologists and Geo-Scientists work their ways in and around the information collected off the areas with possible oil or gas reservoirs.

Survey vessels with or without Dynamic Positioning systems are hired for seismic surveys. These maritime vessels are equipped with sophisticated equipment, machinery and laboratories, which are able to scan the sea bed to understand the rock formations and find out natural resources lying underneath. 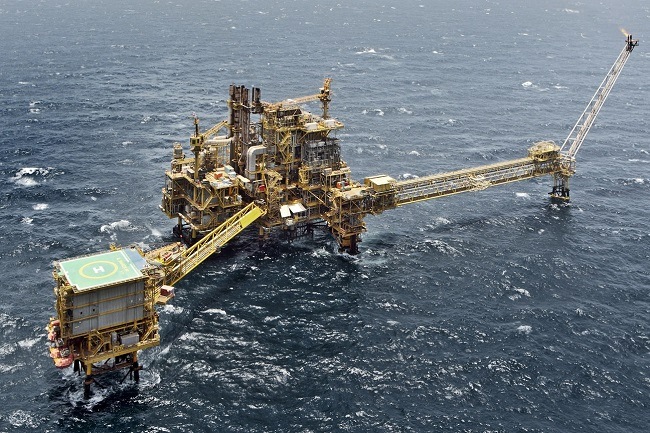 Sound waves are sent, received and decoded from the modern day survey vessel to give Scientists and Geologists sizeable 3D images in order to analyse and discover potential oil and natural gas pockets hidden between the porous rocks underneath the sea.

Once the site is identified and selected, boundaries are surveyed and earmarked by the local governing body for Energy and Resources. Studies for impact on the environment are carried out. After determining the potential energy sites, oil companies are then called for auctions on unleashed blocks and are asked to submit their bids for a particular block. Naturally, the highest to bid gets the right to drill.

After the potential energy-rich blocks are legally cleared, oil companies pursue their investments by employing mobile drilling units that are temporarily acquired and are able to move on to other sites. Permanent structures such as Oil and Natural Gas Platforms are fitted if a location proves energy affluent.

Mobile offshore drilling units (MODU) are classified into a number of structures, namely:

They are mostly utilized for shallow water drilling in calm water conditions. Drilling equipment is placed on to the barges’ decks and towed to the site by tugs. Anchors hold the barges in the position where drilling is to be carried out.

These self-contained drilling structures are as good as the drilling barges only to the exception that these massive structures are positioned onto the site by lowering and rooting their three or four giant legs on the sea floor. 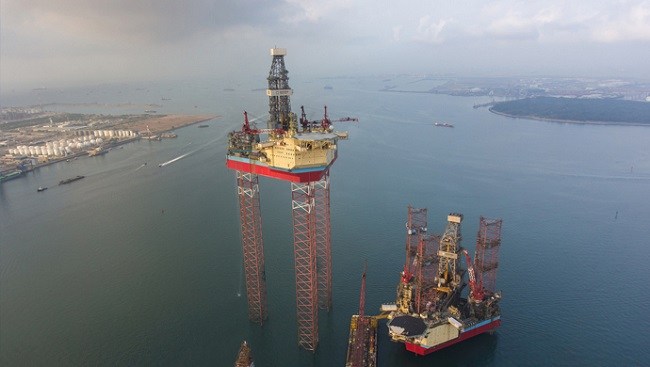 The barges are then lifted up above water and are more stable than the floating rigs to be able to drill up to 100 meters. Read more about Jack-up rigs here.

These rigs are pontoon-based which allow for water ballasting and de-ballasting in order to position, anchor and re-float the massive structure. All necessary drilling equipment is fitted on the platform’s deck, similar to the drilling barges and jack-up rigs.

The only conspicuous change in these structures is that the drilling and production facilities are rested on stilts that are raised to some height above the pontoons. Their operations are limited to shallow waters due to their submersible design.

A Semi-Submersible rig is a Mobile Offshore Drilling Unit better known as MODU, which is designed for offshore drilling in ultra-deep waters of the oil and gas-rich areas across the globe. They are partially submerged in water during drilling operations and are normally moored to the sea bed by anchors.

They are technically advanced drilling units which are designed to accommodate platform or decks containing heavy machinery and expensive drilling equipment and are supported by columns for support and stability in the treacherous waters. This design of partial submerging the platform to water is primarily conceptualized for stability reasons and chosen for the very same reason over another highly capable breed of drilling units known as the drill-ships.

These vessels are advantageous over the other drilling units such as the semi-submersibles due to their ultra-deepwater drilling capability and easy mobility. They are basically maritime vessels modified to drill wells in oil and gas fields. They are adapted to provide complete offshore drilling solutions to the clients across the globe. They are equipped with exhaustive mooring and positioning systems and are able to propel from one well to another without outside assistance.

are fitted with expensive machinery and drilling equipment which are similar to the ones fitted on any other drilling unit. Since they are required to work in ultra-deepwater areas ranging up to 3000 meters, all supplies and equipment are catered by the offshore workboats. The drillships have a drilling deck and are equipped with a moon pool, and are somewhat similar in design as the other drilling units. The drilling equipment that passes the moon pool is connected to the ‘sub-sea well’ via the ‘riser pipe’ (which is flexible to some extent).

In the next article, we will learn about the different types of permanent offshore oil/gas production structures or platforms used for offshore drilling.

You may also like to read – Seismic Vessel: Main Features and Equipment