As discussed in our previous article Understanding Intact & Damage Stability of Ships, lets consider a ship which was in eqilibrium is now inclined by an angle Ѳ. 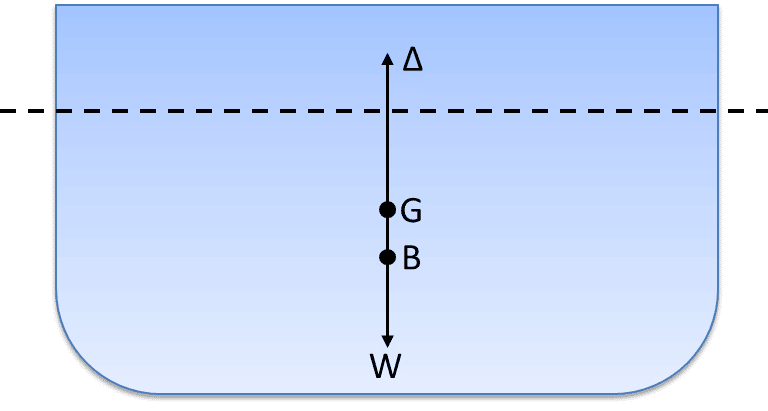 When a ship is heeled by an angle, the center of buoyancy is shifted from B to B1.

When a vertical line is drawn from B and B1, they intersect at a point known as metacentre of the ship.

The metacentric height is the distance between the centre of gravity and metacentre of the ship i.e. GM and it is used to calculate the stability of the ship.

To conduct this experiment, a special tool known as stabilograph is required. The tool consists of a heavy metal pendulum balanced on a knife edge and connected to a pointer to record the heel angle readings. 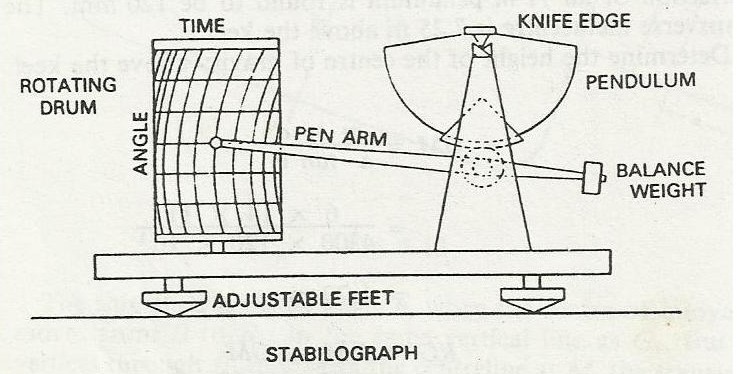 Normally minimum of two stabilographs are used and are placed at maximum distance from each other i.e. one in forward and one at aft.

Four masses are placed on the ships deck, two on each side of the mid ship, placed away from the centre line.

In the next step, the masses are moved one at a time until all four are on the same side, then all four on the other side, and lastly two on each side.

The deflection on both the stabilographs is recorded for all the movement of mass and an average of these readings are used to determine metacentric height.

Suppose Ѳ is the angle of heel and G1 is the moved position of the centre of gravity after inclination. Then by trigonometry,

d= distance by which the mass is moved

Δ= displacement of ship in water

and GM is metacentric height

Where tanѲ can be determined by the readings of stabilograph

Book on Naval Architecture by E A Stokoe