It’s said that history often repeats itself. After 100 years from 1912 when the Titanic met its unfortunate fate a similar incident happened with a famous cruise ship making it second in the line of the most infamous shipwrecks.

The ship Costa Concordia was operated by the notable Italian cruise line Costa Conciere which was established in 1854. Since the year 1947 when the company commenced passenger services, it has established a good reputation over the years and ultimately became one of the largest cruise operators in the world. 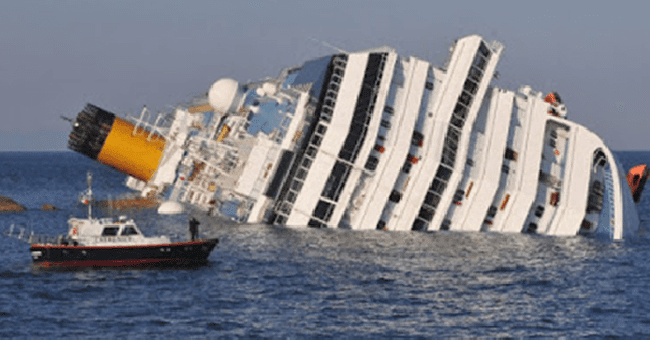 The following article sheds light on the reasons behind the capsizing as well as lists out the circumstances that led to the disaster.

On the night of January 13, 2012, Costa Concordia struck her port side on an underwater reef near the Italian island of Isola del Giglio. The ship immediately lost all propulsive power and soon after there was a complete blackout as water reached the electrical panels. The breach resulted in a 60-meter long gash in the ship’s hull. This led to the rapid flooding of the watertight compartments and ultimately led to its capsize.

It’s difficult to comprehend the fact that such an incident can happen given the availability of advanced technology and instrumentation giving precise and detailed information of every possible circumstance a ship may face. From rough seas to mapping of the ocean floor to high-speed winds; all relevant data is available with a ship at regular intervals. The topography of any area in which the ship sails forth is already available on board a ship.

Despite all this, the ship Costa Concordia struck an underwater reef off the coast of the Italian Island Isola del Giglio and grounded, finally resting on the rocks near the coast.

What went wrong that night?

A big question arises as to why was the ship sailing so near the coast in the first place which ultimately led to one of the most horrifying disasters in international cruising.

Most cruise ships perform what is called a Sail – By Maneuver. The ship takes a slight deviation from its official course to sail near an island just to give the passengers a unique glimpse of it and give a nod to the fellow sailors on land. This is a routine manoeuvre in cruise lining and has been practised successfully across the world for years. The ship’s deviation course is plotted in such a way so that it is at a minimum safe distance from the island to prevent any situation of grounding in shallow waters or due to the presence of rocks and reefs near the coast. Concordia had earlier also performed it for the same island in its past voyages.

So what possibly went wrong this time endangering the lives of around 4000 people on board which would ultimately change the cruising industry forever. 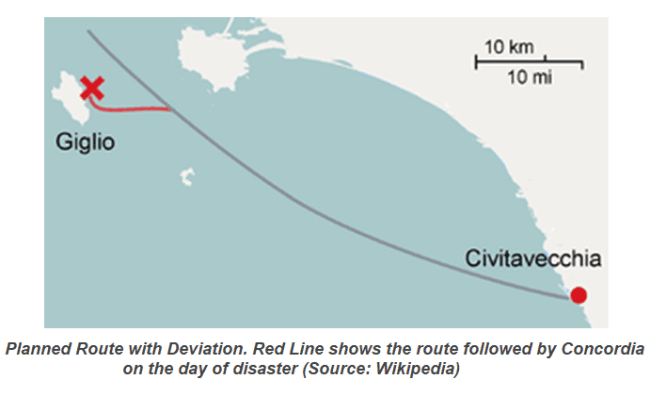 Concordia’s deviation course required it to stay at least 1500 ft away from the island. But as it turned out the ship landed up around 659 meters closer to the coast. This egregious error due to a series of miscommunications between the captain, first officers and the officer at the helm is reflected later in the investigative report. 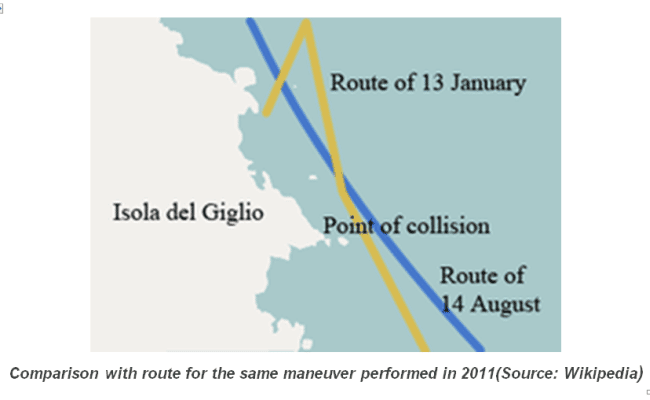 Because of the incorrect heading angles, the turning radius of the ship was much wider than it was supposed to be as per the chartered deviation; ultimately bringing the ship in close proximity to the shore. 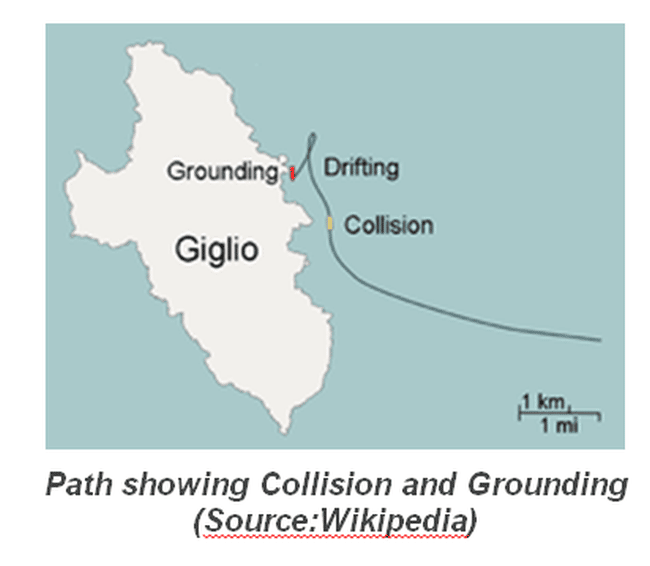 By the time the captain realised the situation and started giving a series of orders for rudder turns, it was too late as the ship was already in too close proximity and moving at a speed of 16 knots. The erroneous executions of an order by the helmsman and delay in correcting them ultimately left Concordia no chance to pass safely.

Why couldn’t the flagship liner maintain its stability?

So why did such a big and modern cruise liner could not maintain its stability and capsized within an hour of the initial impact?

This article is authored by Shivansh Singh and was originally published at the inaugural issue of Navisieger. Navisieger is a magazine published by Learn Ship Design. It is a confluence of insights on the maritime technology sector taken from academic experts, naval architects, industry veterans in this field, in the form of articles and exclusive interviews. Learn Ship Design is the first student initiative in India that works towards enhancing industry-academia engagements in the maritime sector.