When we talk about shipping documentation, the first thing that comes to many people’s minds is the bill of lading. A typical bill of lading is a document that confirms the receipt of goods by the shipping company from a shipper, for transport. It also serves the purpose of proving the ownership of the cargo.

While there are several types of bills of lading, where does the switch bill of lading come in?

A switch bill of lading is not to be confused with another type of bill of lading. It is another set of bills of lading issued by the shipping company, which replaces the first set of originals that was issued by it at the time of shipment.

A switch bill of lading can be issued anytime once the cargo has left its port of origin, but before it is handed over to the original receiver. Now, what is the need to issue a second set of bill of lading?

Why a Switch Bill of Lading?

Many things can change in the course of sending goods from one location to another. Corrections or changes to an original bill of lading calls for issuing another set with the correct details on it by way of a switch bill of lading.

While some very minor alterations are endorsed on the original bill of lading itself, there may be other changes that require the issuance of a fresh set.

These include changes to the port of discharge, the buyer or receiver, the description of goods to include its full details or certain specifications, or the trading terms. Any of these pre-agreed points may have changed while the goods are in transit.

Shippers sometimes request for a switch bill of lading to disguise the name of the actual seller or even to mislead the buyer as to the actual country of origin of the cargo. While not a very ethical thing to do, some shippers resort to this for various reasons.

A switch bill of lading cannot be issued while the original set is being used or the buyer has already taken delivery of the cargo.

The first set of the original bill of lading has to be returned to the issuing shipping company with a signed and stamped request from the party that is authorized to request the changes, which will be in most cases, the original shipper. This request should be supported by the consent and authorization of the buyer, in writing.

Once the switch bill of lading is issued, the first set ceases to be part of the shipping documents of the particular consignment. The most important thing here is that there can never be two different sets of bills of lading for the same cargo.

Global trading and transportation of goods is a dynamic field that undergoes a continuous transformation. Buyers and sellers negotiate for the best deals, terms, and conditions for their goods.

Certain terms and conditions covering the goods that have been sold to a buyer and put on board a ship to its destination may be changed during its voyage. In such cases, the original trading terms between the seller and buyer mentioned on the original bill of lading must be changed.

The parties to a trade agreement may sometimes agree to change the original port of discharge for reasons that are beneficial to both. Sometimes, to correct an error or to incorporate additional details for customs clearance purposes, the description of goods may have to be changed. This is done mostly to meet legal or governmental requirements of import.

It is also a common practice for the buyer to sell the goods that are in transit to another buyer. In all the above cases, the original bill of lading has to be changed to show the new details.

What is a stack date?

Stack dates are dates fixed by the port within which containers booked for sailing have to reach the port. They usually vary between 2 – 5 days.

Bad planning, incidents beyond the shipper’s control such as strikes, natural calamities, etc. may all be reasons why a container could not make it to the port on time. Containers that miss their stack dates are usually not allowed into the port. It will then have to take the next sailing out of the port by a different ship.

What Should Not be Changed in a Switch Bill of Lading

While issuing a switch bill of lading, it must be noted that there are certain things that should not be changed from what is mentioned in the original.

The base quantity of the cargo will also not change as the cargo is already on its voyage.

In case of hazardous cargo, the Dangerous Goods Declaration (DGD) will be the same as it covers the items coming under the dangerous goods category showing the special packaging and packing requirements, marks, and labels on them.

The undertaking that all national and international laws have been followed for transporting hazardous goods will also remain unchanged.

Related Reading: What Is Dangerous Goods Declaration in Shipping?

The port of loading will not change on a switch bill of lading as the voyage already began from a certain port. This will be the case with the date of sailing as well.

Misuse of Switch Bill of Lading

Can the switch bill of lading be misused? If changes are made without the knowledge of the buyer, then it is tantamount to fraud. In an ideal scenario, it is in the buyer’s and seller’s interest to ensure that they ‘get it right in the first place.

This means that before the signing of a contract to do business, both parties should discuss and agree on all the aspects of doing business with each other, including transportation of the goods from the seller’s location to the buyer’s designated warehouse.

Transportation is a very important factor in doing business. An agreement should state that any changes to an original document, such as the bill of lading, can only be with the written consent of the buyer. The insurance policy covering the transaction can also be made to include eventualities as a result of misuse of a switch bill of lading. 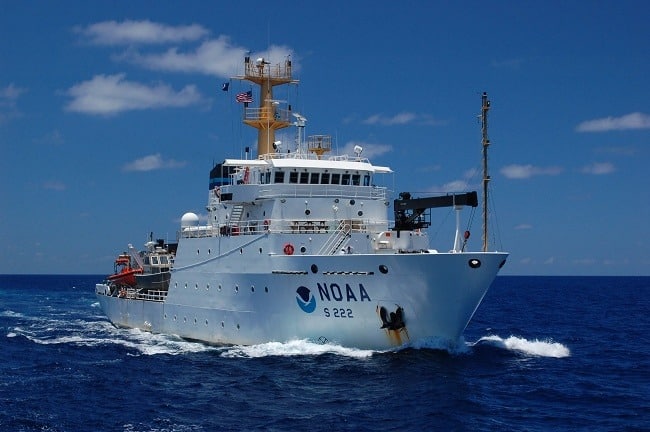