You are here: Home › Maritime Law › Q&A: Rights of Seafarers to Arrest A Ship in Indian Port for Unpaid or Underpaid Wages
TwitterFacebookLinkedInPinterestBuffer

According to ITF, seafarers are one of the most exploited and abused group of workers in the world. Exploitation, abuse and corruption have been bothering the shipping industry for several decades. Of all the problems faced by seafarers, issues related to unpaid, underpaid or delayed payments are the most pressing ones.

Most of the times seafarers just wait in anticipation each month for the salary to arrive as they fear losing their jobs. Unfortunately, the salaries never come. In such situations, a seafarer can standup for his rights by taking strict legal actions.

This guide deals with the rights of seafarers of any nationality to arrest a ship for unpaid or underpaid wages in any port in India.

Akash Rana, a maritime professional currently perusing masters of law, answers some of the most frequently asked questions.

Answer:  A seafarer can arrest a ship for unpaid wages irrespective of his nationality or flag of the ship.

2. What is the time limit within which a seafarer must start a claim for unpaid wages?

Answer: A seafarer’s claim for unpaid wages should be initiated within the three year period as stipulated in the Indian Limitation Act 1963. Under the Indian Merchant Shipping Act 1958 in computing the period of limitation the period or periods during within the seaman has been a serving on board the vessel, and if the seaman has died while he was a serving seaman, the period from the date of his death to the date on which his next of kin were first informed of his death shall be excluded.

3. What documents are required to obtain an arrest of a ship?

Answer:  In an event the documents are not in the English language it would be preferable to have them translated into English.

It would be preferable to have the following documents for a seafarer’s claim for unpaid wages:

4. What are the costs of the arrest, including court expenses and other expenses?

Answer:  Ordinarily, the arresting party would be required to make a deposit in court towards court fees which varies from court to court. For example, in Bombay the maximum court fees payable is INR 3,00,000 ($6,000), for a claim which is more than INR 23,900,000( USD $478,000). Court fees have to be paid in advance. In certain exceptional circumstances, court fees could be paid after obtaining a decree from the court. The lawyers’ fees for obtaining an arrest over a vessel can range from USD 5,000 to USD 10,000 depending on the lawyer who is instructed. Lawyers may at times also work on a percentage of recovery or pro bono.

5. Does the arresting party have to lodge counter security against wrongful arrest?

Answer: There would be no requirements to require counter security for crew claims.  The court, in some instances, can join two claims together in order to settle the claims against the vessel. Claims in relation to wages can in principle be jointed together. There have been instances in which seafarers have filed class actions suits against a single ship-owner when they have been working on the same vessel.

6. Once a vessel has been arrested, will the court accept jurisdiction over the substantive claim?

Answer:  The court will as a general rule have jurisdiction over the substantive claim for wages unless there is an arbitration agreement in the employment contract or a clause in the employment contract where parties would agree to submit to the exclusive jurisdiction of a particular court. Even in such cases, the court will only refer the parties to arbitration or an alternative judicial forum if either party to the dispute makes an application to the court for the same.

7. Will the crew and vessel be maintained/ supported during the arrest?

Answer: There is no settled law on this issue. As a general rule the onus is cast on the owners of the vessel to do so.

8. Is the presence of the crew on board the vessel necessary during the course of the legal proceedings or can the crew be repatriated before the ship is sold?

9. Do the seafarer’s wages continue to accrue during the arrest?

Answer: The wages continue to accrue during the arrest.

10. How long on average does it take for the court to sell the vessel and then distribute the sale proceeds in settlement of the crew’s claim?

Answer: Approximately between six months to one year for the sale of a vessel. As a general rule seafarers would only be entitled to en-cash the sale proceeds of the vessel after obtaining a decree from the court. The court may however take a humanitarian approach and issue directions paying 50% of the wages prior to obtaining a decree. The seafarers could obtain a decree within a one to one and half years of filing their suit.

11. How are the lawyer’s fees for arresting the ship paid?

Answer: The seafarer will on his own bear the costs of his legal counsel. However, in certain circumstances, the legal counsel may be willing to charge his fee on a percentage basis only when the seafarer has en-cashed his wages from the sale proceeds of the vessel. The legal costs incurred by the seafarer cannot be recovered from the sale proceeds of the vessel unless the court specifically awards costs. Indian courts occasionally award legal costs in very limited circumstances which as a general rule are a fraction of the costs actually incurred.

12. Are there any other procedures to enforce a seafarer’s wage claim?

Answer: The seafarer may: (1) arrest the vessel; (2) institute a civil suit; (3) claim before the Commissioner under Workmen’s Compensation Act 1923, section 19; or (4) file a claim before the Magistrates Court.

Note: This document is not intended to be legal advice, nor does it constitute legal advice. If a seafarer intends to arrest a ship in India, he is strongly advised to consult a lawyer qualified to practice in that country.

Have questions? Ask them at Marine Insight Forums 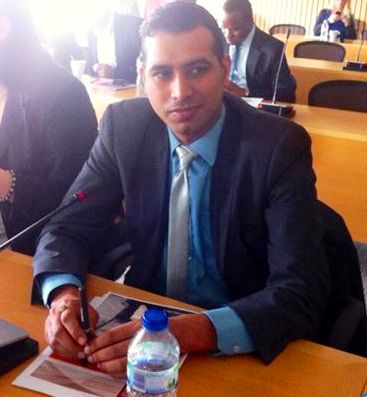 Akash Rana is a maritime professional who has sailed as second officer on tanker and container vessels. Currently he is pursuing LLM (Master of Law, Shipping and maritime law) from University of Southampton.