The National Maritime Museum, based in UK, is a site that deals with the preservation and showcasing of ships, astronomical observations, time, stars and many other unique items different from the ones that are routine in other museums. In simple words, the National Maritime Museum is dedicated to elaborate the relationship that exists between nature, mankind and its creations.

The importance of the National Maritime Museum is that it serves the purpose for which it was established. It has great stores of data and examples that benefit the people visiting the museum for the purpose of understanding concepts previously unknown to them about ships and astronomy.

The National Maritime Museum has over two million objects in its collection thus proving the credibility of the organisation as a worldwide success. This is one major salient feature of the museum as it caters to a widespread audience and has the necessary objects that could and does satisfy the interest of the people who visit the museum.

Another important feature is that the museum has a collections blog too. This would be beneficial for the people who, while are interested in viewing and understanding the displayed models and examples, are unable to do so because of personal reasons. With the help of the collection blog and the sketch-book that has been newly created and which contains 400 photographs, the interested patrons can gain the required knowledge on their favoured subject. It would also important to note in this context that the UNESCO awarded the museum the title of a World Heritage Site in 1997 befitting its excellence and brilliance.

Every nation has its own set of museums dedicated to such a unique concept. But the reach of the National Maritime Museum is something that reaches far and wide not only across UK and Europe but also across the world. The items showcased in its collections include ancient coins and medals, weaponry, historic photographs, ship models and ship plans to name a few. And while, museums in general do cater to some of the above mentioned details, it is not possible for any museum to house a far-flung collection of only certain objects. Not only will it be justifying to the museum in general but it will not be possible too.

The more the world develops and the more the people start to get modernised, they begin to realise the importance of history and development in the past. To aid the people in their quest to gain knowledge, the National Maritime Museum is going and will go a long way. Therefore it becomes important that one understands and appreciates the USP of the museum and give full credit for its timely creation.

We All Rely On Seafarers. Now, More Than Ever, They Rely On Us – Sailors’ Society 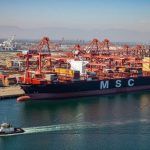 IMO Seeks UN Support Over “Keyworker” Designation For Seafarers
We use cookies to ensure that we give you the best experience on our website. If you continue to use this site we will assume that you are happy with it.OkRead more
Thanks for subscribing! Please check your email for further instructions (Important).