The following mammoth sized oil tankers were built in between the mid and late 70’s. Sadly, three of these five giant vessels could not serve even for a decade and were soon scrapped. The other two, however, served much longer but were also eventually scrapped.

Let’s have a look at the five largest oil tankers that were ever made.

With a length longer than the Empire State Building, Seawise Giant was the longest ship ever made. She had the greatest deadweight tonnage ever with a displacement of 657, 019 tonnes; a draft of 24.6 m (81 feet). Due to her mammoth size, she could not navigate the Suez Canal or the Panama Canal or the English Channel. 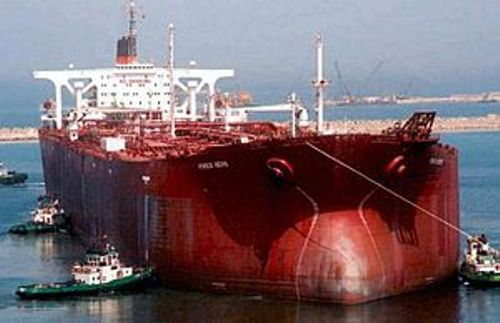 She was built in 1979 by Sumitomo Heavy Industries Ltd. at their Oppama shipyard in Yokosuka, Kanagawa, Japan for a Greek owner

During the Iran-Iraq war, Seawise Giant was transiting the Strait of Hormuz and was damaged by an Iraqi air force attack. The damage caused her to be declared as a total loss and was eventually laid up in Brunei Bay.

The wreckage was bought by Norman International who towed her to Singapore from the Persian Gulf. She was repaired there and resumed services in October 1991 as Happy Giant.

Shortly after that she was bought by Jørgen Jahre and renamed as Jahre Viking. First Olsen Tankers Pte. Ltd. purchased her in 2004 and she was renamed to Knock Nevis as she was converted into a permanently moored storage tanker in the Qatar Al Shaheen oil field in the Persian Gulf.

Her new owners, Amber Development Corporation, renamed her as Mont for her final voyage to Alang, Gujarat, India in 2010 where she was scrapped.

The next four super tankers belonged to the Batillus class and were all built by Chantiers de l’Atlantique at Saint-Nazaire. They were the biggest ships in terms of gross tonnage that were ever constructed having approximate 555,000 metric tons deadweight and were 414 metres in length.

This Batillus class supertanker was built for Compagnie Nationale de Navigation. She was named after Pierre Guillaumat, the French politician and founder of Elf Aquitaine oil industry. 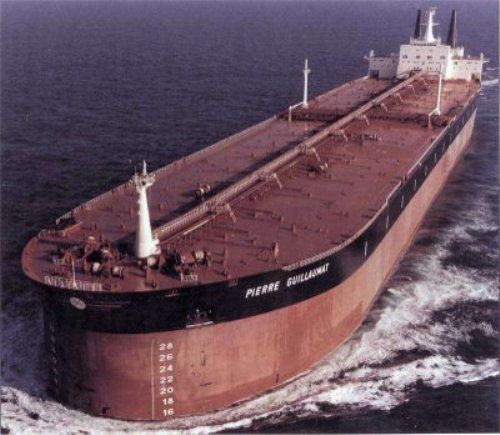 The ship was brought in service in 1977 and was put on anchorage at Fujairah by early 1983. Her gigantic proportions didn’t allow her to pass through either the Suez or Panama canals and her draft let her enter only a minimal number of ports in the world causing her unprofitable for the company. In late 1983, she was renamed as Ulsan Master by Hyundai Corporation and brought to Ulsan, South Korea for demolition.

This supertanker was built for Shell Oil in 1976. The condition of the international oil market did not improve between 1977 and 1980 and the number of voyages undertaken by the Batillus was considerably reduced to just 4 trips round the year; which were further reduced to 1 or 2 trips by 1982. 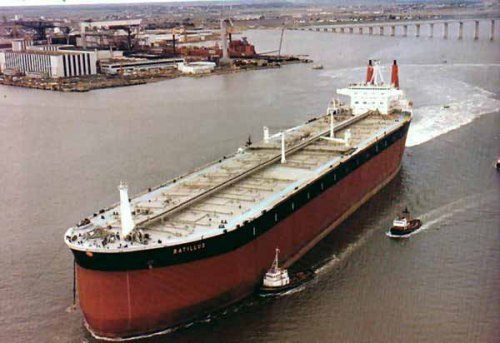 She made her last oil shipment in mid-1983 after which she was moored. Shell Oil decided to scrap her in 1985 for less than $8 million and the Batillus made her last trip to Kaohsiung, Taiwan where she was scrapped.

She was another Batillus class supertanker commissioned by Shell Oil. Work on the Bellamya was finished months after the Batillus and she began her service in 1976. 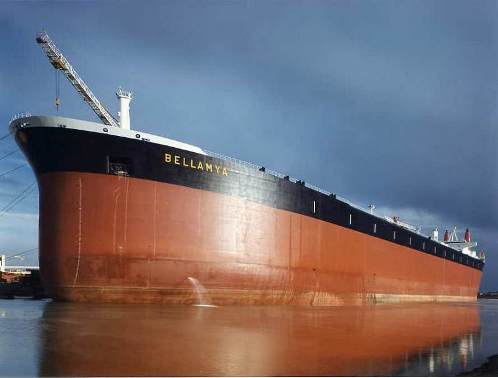 In the following years, the condition of the international oil market did not improve. Like her sister vessels, she could not be employed at a lot of places and was put out of service in 1984. She was eventually scrapped in 1986 at Ulsan, South Korea.

The Prairial was the only Batillus class which was in service for more than a decade and rendered service for 24 long years before being scrapped. She was renamed several times as Sea Brilliance in 1985, Hellas Fos in 1986 and Sea Giant in 1997. She is the third largest ship ever built, surpassed in size only by Seawise Giant and sister ship Pierre Guillaumat. 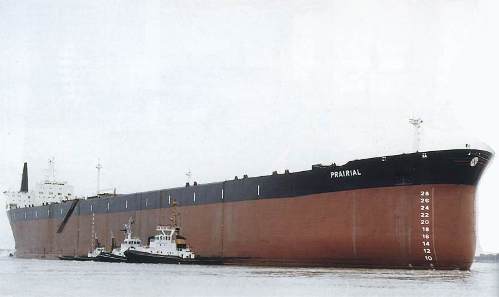 The Prairial was completed and commissioned in 1979 and laid up at Vestnes, Norway by 1983. She was sold in 1985 and re-commissioned as Sea Brilliance. She was bought to the Gadani ship-breaking yard in Pakistan in 2003 and scrapped.

One cannot help but wonder at the amount of technical brilliance that must’ve gone into building these giants and the thousands of hours spent in keeping them running safely. The Maersk E-class ships will be the longest container ships when launched and yet trail behind these giants with a length difference of almost 16.5 metres from the Prairial and a good 60.75 metres from the Seawise Giant.