After we published 10 famous shipwrecks in the world and 6 latest shipwrecks found around the world, we realized that we have still missed some important sunken ships which lie at the bottom of the sea.

Here, is a new list of the amazing sunken shipwrecks. Listed below is a list of 10 such amazing shipwrecks, which are scattered across the oceanic panorama across the whole wide world.

Frigate 356: Frigate 356 was the name given to one of the last of the Soviet combat vessels. The 356 was built while the Cold War was at its end in the initial part of the 1980s. The fall of the Soviet Union while the vessel was under transferring to the communist regime of Cuba led to the vessel being disused. 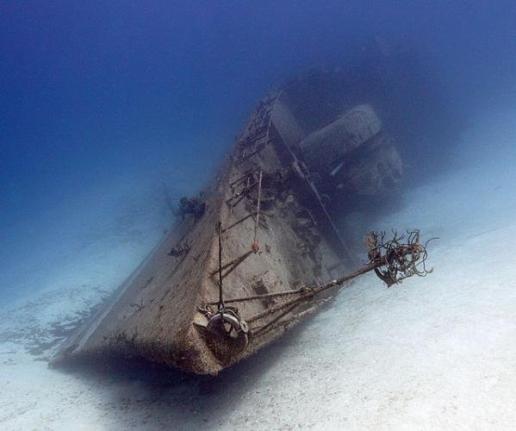 Today the over 300-feet long vessel rests under the waters of the Cayman Brac where it sank after breaking into two pieces. In spite of sinking more than two decades ago, the vessel has still not been corroded or oxidised on account of aluminium being used as a main construction material.

Prince Albert: Prince Albert is one of those ships that were deliberately sunk in order to be utilized for the purposes of recreational scuba diving. 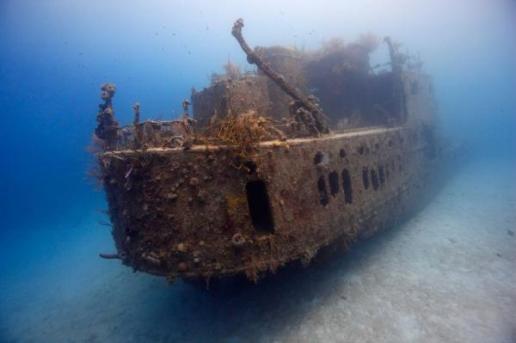 Though initially the vessel was utilised to transport war exiles to Roatan from Nicaragua in Latin America, in order to propagate his business, a local resort owner along with a local entrepreneur came up the idea of sinking the vessel and utilising it as a diving arena. The name of the vessel is a tribute to the entrepreneur who helped in the successful transition of the vessel into one of the sunken ships.

Tugboat Rozi: Yet another example of a purposeful sinking, the Rozi is a tugboat that lies in the oceanic waters of Malta. 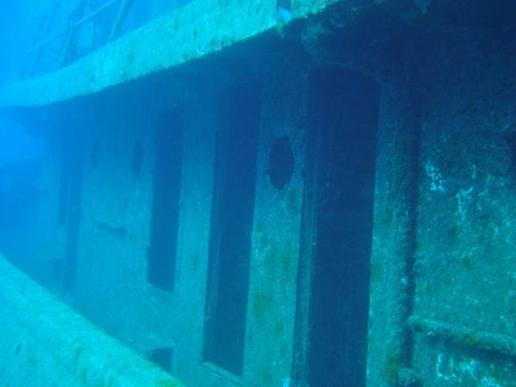 Divers opting to plunge in this area can experience the singularity of the tugboat along with flora and fauna that exist in the area.

Giannis D: The Giannis D can be truly regarded to be one of the lost ships. 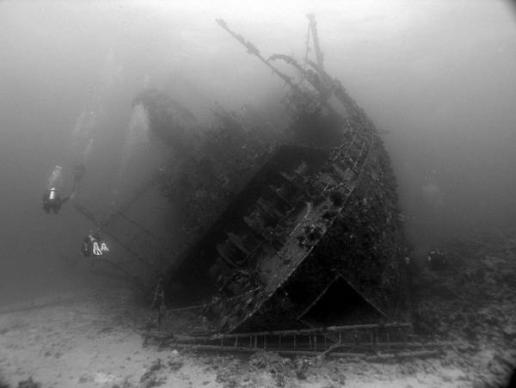 Running aground of a coral reef in the waters of the Red Sea, while transporting cut softwood to the Arab nations of Saudi Arabia and Yemen, the Giannis D became a shipwreck in the year 1983.

USS Arizona: One of the biggest war-time casualties, the USS Arizona was turned into a ship wreck during the infamous Pearl Harbour onslaught. 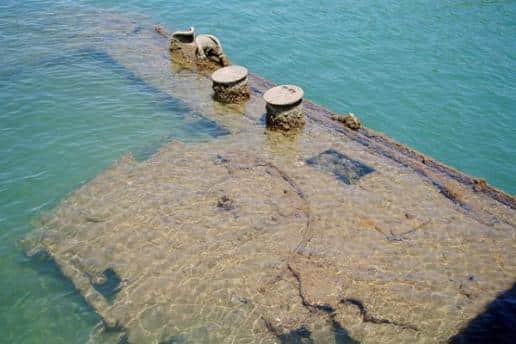 Since the Arizona was deemed to be non-salvageable, a monument commemorating the lives of the navy men who died has been built directly atop the submerged wreck of the war vessel.

P29: The P29 was a Maltese patrol vessel, which was sunk specifically for the purposes of recreational diving. 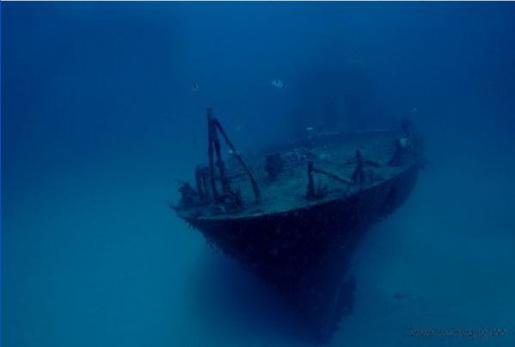 The P29 was a Kondor cadre ship and was a part of the German naval forces before it joined the Maltese naval patrol.

USS Utah: The Utah is yet another casualty of the Second World War, destroyed during the Japanese attack on Pearl Harbour. 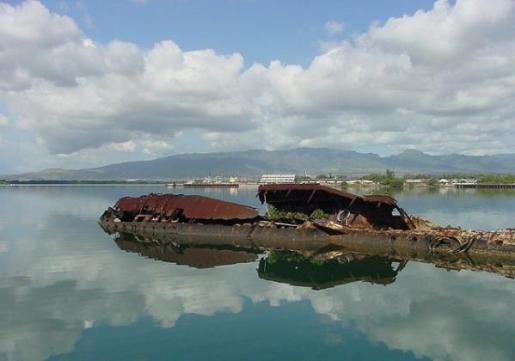 The wreck of the Utah can be still found at Pearl Harbour, where over 50 men are believed to be dead, contained within its confines. As one of the amazing shipwrecks, the USS Utah does merit an important mention.

Unnamed Yacht: As one of the 10 sunken ships featured here, the Unnamed Yacht is submerged in the waters of the Red Sea near to Egypt. 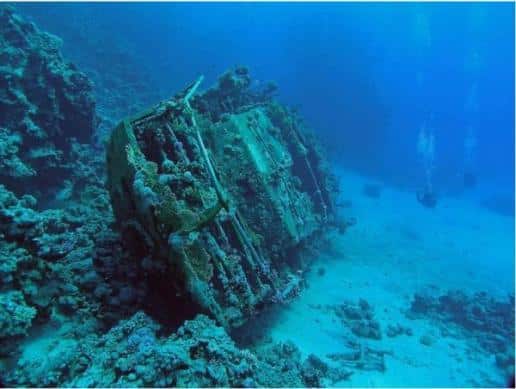 The vessel’s identity has been speculated to being either Australian or American and the wreck itself is regarded to be an enchanting place to observe the brilliance of marine flora and fauna.

Sweepstakes: Submerged in the waters of the Fathom Five Nation Marine Park in Ontario, Canada, Sweepstakes held a unique distinction among the lost ships. 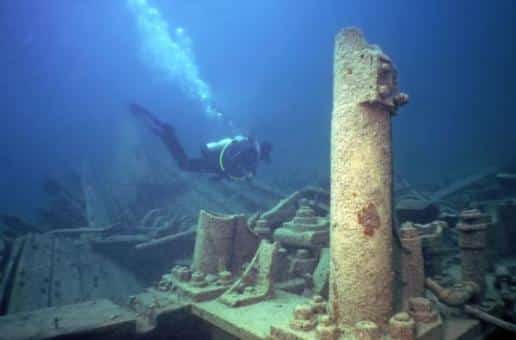 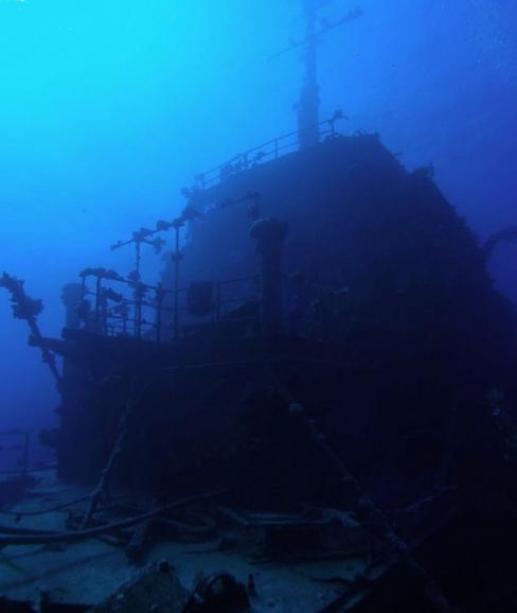 The shipwreck is said to be that of an espying vessel and the numerous communication gadgetries add credibility to these speculations. The wreck is located in the Egyptian part of the Red Sea.

Looking at the vastness of the ocean, it would be impossible to comprehend about the complete lack of maritime accidents. The oceanic domain thus is quite rife with the presence of shipwrecks. Many of these sunken ships have started to be used as recreational diving arenas, adding to their allure furthermore.

Shipwrecks do not necessarily mean vessels destroyed by pirates. In the contemporary scenario, there are a lot of events that cause unwanted addition to wrecks submerged and piled in the ocean. Of these, while certain wrecks are admirable, certain shed a pall of gloom over the entire proceedings of the marine domain.