Before I start, I would like to narrate one of my first-hand experiences that took place in a Latvian port.

My ship (An oil tanker) had berthed safely around midnight and soon after the ship was cleared by the port authorities, the duty AB announced the arrival of the shell vetting inspector. I was surprised to see him at such odd hours. He informed me that since he had to travel to another port immediately after the vetting of my ship, he couldn’t resist calling on us at such an ungodly hour. He then gave me his plan of inspection and asked for the chief officer. I requested him to start with other departments, as the chief officer was resting for his forthcoming cargo discharging operation. But he did not relent and insisted on seeing him with records. I refused to wake up the chief officer who had been busy the entire day and the inspector walked off the ship after heated arguments.

This is not an isolated incident and especially on oil / chemical tankers this is a very common feature. In ports with long pilotage, ships are often exposed to dangers of navigation and errors in judgment by overworked and fatigued deck and engine officers/crew, when unannounced inspections take place.

So where does it leave us with rest hours of the ship’s crew and the master?

Today most of the ship’s crew is familiar with the rest hours, its implementation and the dangers to the vessel and its crew in case of violation. Yet this exercise of violating rest hours has remained limited to flawless paper work in order to pass several inspections.

Who is responsible for the violation of rest hours? 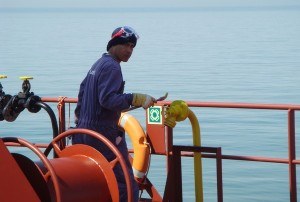 Practically from the ship owner/manager to the Master and his crew, each stands responsible at certain point in time for this practice, yet no one is ready to accept the blame in case of serious accident or loss of life or property on board ships.

Is there a solution to this problem?

Yes, the management of rest hours of the crew and the master can be very systematically managed on board if all interested parties right from the ship owner/ship manager to the master and crew are serious enough to implement them.

Before I offer my suggestions on solving this problem, we will have to understand how this system works on board ships belonging to different companies. Having worked with several shipping companies and following different rest hour programs on my ships, I think I am in a position to point out towards the various flaws in the system and how they can be corrected.

Let’s see 3 of the most common cases related to rest hour management on ships:

Shipping company A: Each crew and Master fills in his own rest hours at the end of days’ work in an automated system, where at every half hour of the clock beginning 0030 hours, he marks a “X” for the work done during that particular half hour. System shows a red block or bar where rest hours get violated. The head of the department (HOD) is responsible for giving adequate rest hours to the affected crew and the master checks the rest hours daily to see if any violations have been corrected or not. At the end of the month, rest hours of each crew is printed, signed by the respected crew, HOD, and master and then filed. Here I would like to point out that individual rest hours on the computer can be accessed by the respected crew or the master only.

Shipping company B : Rest hours in the same pattern as above exist on papers only and not in soft copy. Ideally, crew must put a cross at each worked hour block and in case of violation inform his HOD for corrective action. At the end of the month all paper forms are collected signed by each crew, HOD and Master and filed. There are no automatic visible red blocks generated here.

Shipping company C: A similar program used as above in soft copy with warning red blocks but can be accessed only by HOD and master. Crew presents their Over time (OT) books to the HOD who fills the worked hours on behalf of the crew. When warned by the red blocks corrective action are taken as deemed necessary by him. At the end of the month all the printouts are signed by the crew, HOD, and the master.

So as you can see, we have a perfectly visible, transparent and systematic system in place in all above cases.

Yet there are violations of rest hours, practically on most ships and the only corrective action followed on board is FUDGING OF REST HOURS, leaving the crew extremely fatigued, overworked, anxious and in an intoxicated like situation due to lack of sleep.

Why are rest hours fudged on board?

Perhaps we all know the answer to this, and yet are too afraid to discuss in the public. Instead, let’s catch the bull by its horns and face the truth; possibly the outcome may turn out in favor of the seafaring community.

Below are the main reasons for rest hours fudging on ships:

1. Short manning or ship owners restricting crew to numbers as per minimum manning certificate. This naturally puts additional workload on crew and additional hours are worked to meet the deadlines.

2. Ship owner / Manager intending to retain the commercial viability of ships to keep them in business in a competitive market. Any rest hour violation can lead to ship arrests, forced rest to crew by port authorities and gives bad name to the shipping company.

3. Rest hours supported by ship owner / manager but wrong feedback from master who is possibly aiming for some award / reward for exemplary commercial operations of his vessel.

4. Threat to crew/apprentices from Master / Officers to settle personal scores (In rarest of rare cases).

5. On board family responsibilities leading to improper rest hours. Not covered by any of the above four points.

Apart from those mentioned above, there can be many other reasons as well for fudging of rest hours on board ships. The point is, this practice is extensively used on board ships around the world.

Is there a solution to this problem?

As we discuss the solutions to this problem, I would want to give a note of caution (mentioned below) to the Port authorities and various ship inspectors when boarding ships for inspections. I would also recommend Flag states to consider the minimum option in the Minimum manning certificates, based on the type and trade of the vessel. Together their actions, to a large extent, may eradicate this problem.

Port authorities and ship inspectors should not succumb to the pressures of the shipping industry and their peers. They should consider the following prior to approval of the rest hours presented to them by the ship’s crew.

1. The trade pattern of the ship in relation to number of operations a vessel has done, ports called, inspections carried out, stores / provisions received and incidents/ accidents on board during previous month. This will give them a fair clue to any fudging of rest hours.

2. Check the manning and minimum manpower required for any operation conducted on board.

3. Credibility of Ship owner / Manager in the shipping industry.

4. Check ITF data base for crew complaints against working conditions.

5. Breakdown frequency of ship machinery and man-hours sent related to them.

7. A careful check of ship and crew certificates.

8. Check the Crew wage sheet and check the overtime (OT) paid to the crew.

9. Check if the rest hours have been filled on computer or by hand.

My recommendation to the Ship’s crew and the Master

1.Irrespective of the pressures on you from any of the factors discussed above, don’t fudge the rest hors. They are designed keeping your health and safety in perspective. Today the shipping industry needs us more than we need them. Please also note that fatigue is a direct result of loss of sleep.

2.Overtime (OT) paid to the crew should be in sync with the rest-hours sheet. A lot many masters have faced the heat of inspectors on account of excess OT paid to their crew.

3.In case you had a very hectic schedule in the past 24 hours, anchor your ship for a few hours at a safe anchorage and give adequate rest to your crew before proceeding on your next voyage. This may sound as a difficult decision but several ship masters these days exercise this option.

I quote the following lines, courtesy, A Williamson and A. Feyer:

Please refer here  for a full understanding of the impact of loss of sleep. 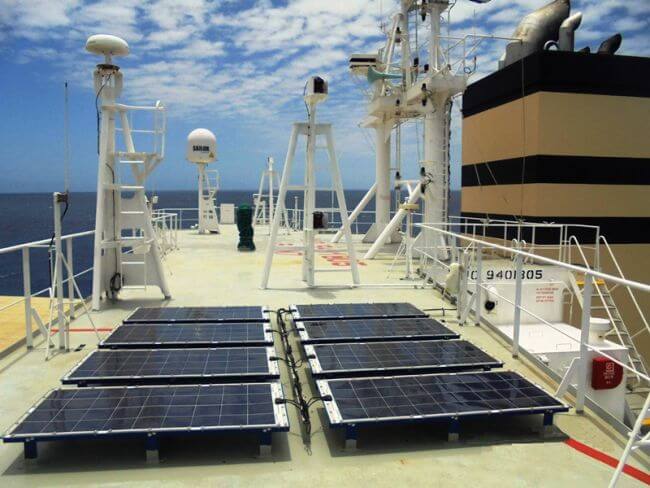