You are here: Home › Maritime Law › The Ultimate Guide to Work Hours & Rest Hours on Ships (Including STCW 2010)
TwitterFacebookLinkedInPinterestBuffer

Working on ships isn’t one of the easiest jobs in the world. It is a taxing profession that needs every ounce of energies at all time. That is why fatigue on the ship is one of the major concerns for seafarers. And that is why ship working hours become a very important aspect of not only a vessel’s working but the efficiency of its crew and officers too.

To begin with, according to IMO, Work hours are defined as the number of hours for which a seafarer is required to be on duty, on account of the vessel where he/she is employed or to be at disposal of a superior outside the crew’s quarters.

Hours of rest on vessels are defined as hours outside hours of work. These hours do not include the intermittent breaks. 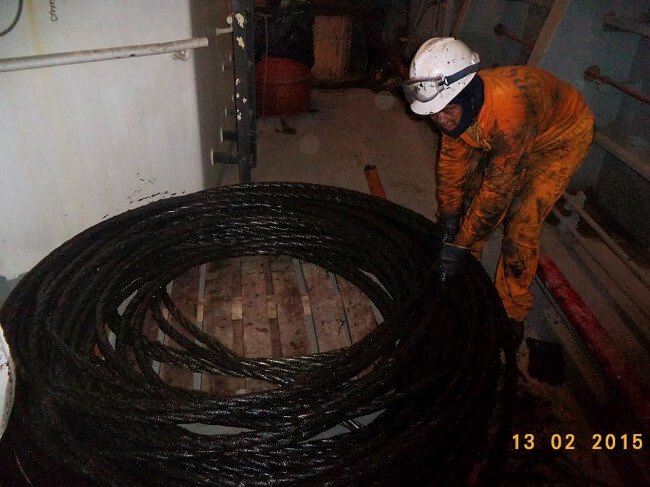 The legal limit on how many hours to work on ships is put by the International Labor Organization, taking into consideration the needs of the marine industry.

ILO Maritime Labor Convention states that a number of ship working hours should be:

The minimum hours of rest, as per the ILO maritime convention should be:

The hours of rest can be divided in a maximum of two periods, one of which should be at least six hours in length. Two such consecutive periods should not be separated by more than 14 hours.

A seafarer must be granted a compensatory rest period in case he/she is required to be on call during rest hours.

Operations like lifeboat drills, fire fighting drills, and drills prescribed by national laws and regulations should be conducted in a manner to ensure minimum disruption of the rest period.

A number of ship working hours and hours of rest for crew members in all positions must be displayed in a place of easy accessibility for purpose of informing the seafarers in due time.

A log recording number of hours of work and rest for every crew member must be maintained at all times.

However, an exception can be made to all the above-mentioned clauses in case the master of the ship deems it necessary to require services of a seafarer in lieu of maintaining the safety of the ship, especially on an emergency basis.

Master can suspend the schedule of work hours and hours of rest in situations of vessels distress and require a seafarer to perform necessary duties until normal conditions are restored.

On return to normal conditions, seafarers involved in work during the period of distress should be granted a rest period to prevent build up of fatigue on the ship.

Deck and engineer officers, along with apprentices and cadets may be required to work in excess of the above mentioned limits, all of which shall be considered as overtime. For each hour of overtime work, the officer would be entitled to compensatory hours of rest and overtime remuneration.

It should be noted that all the above mentioned provisions shall vary for seafarers below 18 years of age. For all such crew members, how many hours to work on ships shall be governed by a separate set of rules which says:

According to ILO Maritime Labor convention, 2006, these conditions of ship working hours shall be followed by all member nations of the convention by means of setting the maximum number of work hours or a minimum number of rest hours, a limit which shall not be exceeded in a given period of time.

These hours apply for all vessels that fall under one or all of below mentioned categories:

These rules are not applicable for

Rest Hours According to STCW 2010

The Marine Environment Protection Committee (MEPC) at a Glance

15 Points Seafarers Should Consider For Successful MLC, 2006 Survey
Telex Release – Everything You Wanted to Know

What Exactly is Mentioned in the Drug & Alcohol Policy of Ships?
Want to share your tips and advice? Got questions? Visit the community forum to ask questions, get answers, meet people, and share your tips!