You are here: Home › Marine Safety › Nadiro Lifeboat: The Next Level of Safety in Lifeboat Launching Systems of Ships
TwitterFacebookLinkedInPinterestBuffer

The Last and the only thing a seafarer can depend on to save his/her life in an emergency situation is the lifeboat of the ship. As we all know, lifeboat is an important life saving equipment used on ship for evacuating or abandoning the ship.

Seafarer’s team onboard must be trained good enough to lower the lifeboat within no time. This launching of the lifeboat requires regular trainings and drill. But the fact cannot be neglected that more casualties have occur during lowering the lifeboat of the ship during drills and emergency situations rather than those saved by the lifeboat. For this reason, a better and efficient arrangement is required to safely lower the lifeboat in kind of weather conditions. Nadiro Lifeboat might be the answer to this solution. 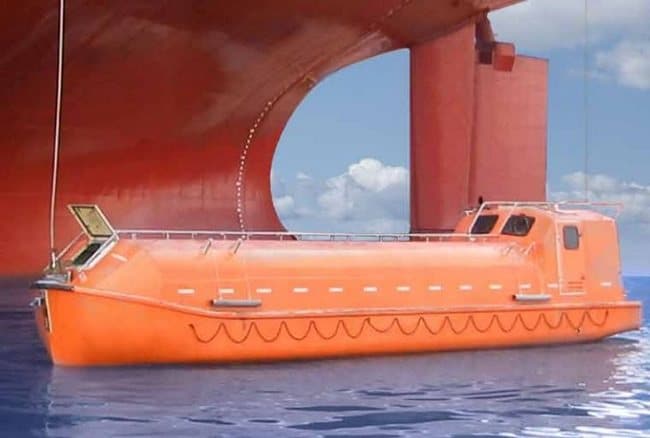 Nadiro is a safe lifeboat launching system for the lifeboats of merchant ships, oil platforms, and drilling rigs. This system replaces the conventional hook release system with safer hydraulic and ball arrangement system.

The system helps the crew to perform drill or maintenance on the lifeboat without any incidents of failure of the launching system, which is very much present in the hook release system because of unfriendly weather and lack of maintenance.

To avoid wear due to sea water and cold weather (arctic region), the lifeboat with such system is installed inside a safe container module. This Award winning safety system was developed by combine venture of SH group and AP Moller Maersk.

The Nadiro system modifies two basic components from the conventional lifeboat launching system – the release hook and the launching winch.

The conventional hook showed problems of jamming, slipping, and stucking during lowering of the lifeboat. This resulted in several accidents. For this reason, this system is replaced by a ball arrangement. 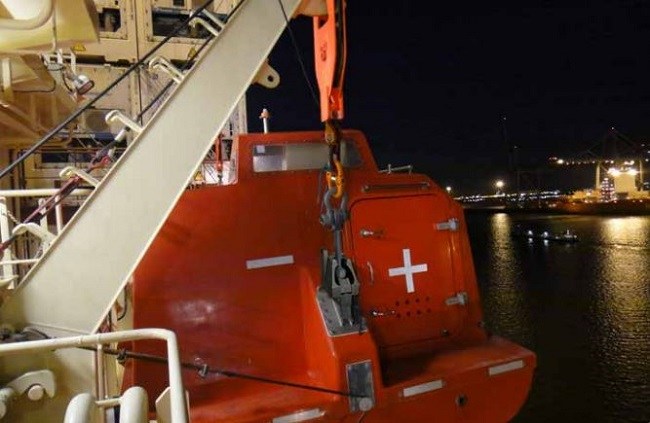 The ball is connected to the falls or wire at one end and is fitted in a pawl casing which is then fitted in the lifeboat body.

When the boat is launched, due to the inclination of the lifeboat all the load comes into the ball and the wire, which together does not allow the ball to slip off the pawl. Further a locking clit is provided to hold the ball at all time until operated for release.

The release system consists of a hydraulically operated piston which will push the ball out of pawl and free the boat from the ship’s wire fall.

The hydraulic system has two mode of operation-automatic and manual.

The automatic mode will operate the release system only after sensing that boat is fully waterborne. If the auto system fails, a separate hydraulic pump arrangement with manual handle is provided to generate hydraulic pressure to release the ball out of the boat’s pawl.

All the parts of the release systems are made up of stainless steel to counter sea condition.

The launching winch is a motor with a drum which incorporates the fall or wire of the life boat and can perform release and lifting of the boat by slacking or wounding the lifeboat wire onto its drum.

This winch is incorporated with motor and disc brakes mounted directly above the lifeboat in the container module which has only one sheave resulting in less wear.

Laser sensors are provided to limit the hoist of the boat to avoid excess load on the winch.

The system can be operated from inside the boat with a remote control arrangement or from the ship’s hard wired deck stand.