Consider a ship getting stranded in bad weather due to which she finds herself struggling to stay afloat. In such circumstances what are the chances that her crew would fight against the odds and survive a tragedy? Would they simply abandon her leaving her high and dry or if given a choice, will they stay aboard the ship considering it to be as a much safer course of action to call for help and getting it too?

Abandoning a ship may seem to be the most practical option out there to survive a catastrophe, but as challenging as it may seem, it might not be the last alternative. 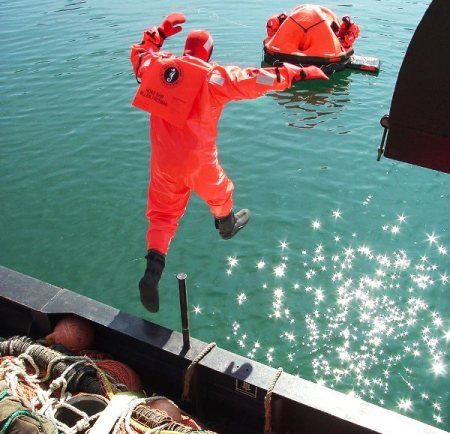 We’ve often heard of the age old advice to never abandon the floating ship until the point where one, although unwillingly, has to step into the survival craft.

Though it sounds deceiving, the fact is that jumping onto the raft, etc., has worked only in practically calm weather settings. There seem to be very few who have obstinately seen a raft showing off its frolics alongside the ship in gale. Crashing, heaving, slamming, bashing and rolling are how the raft dances to the tunes of the ugly weather. Again, boarding a raft in inclement weather would be a mountainous task. Though the raft is stubborn, it is a risky business for the people onboard it. Get it right and it will carry the folks away from all the chaos and fighting.

In most cases, the principle to not abandon the vessel in the first place holds good. One has to be ‘positively’ certain of the vessel’s stability before the order to abandon the ship is given. 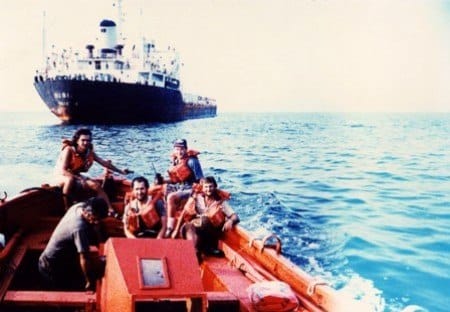 More often than not, there have been instances where a marooned vessel could still be found floating ages after it was abandoned, whereas those who went the panic-driven-only-solution way or simply it putting as, the survival craft way, were never to be found again.

A lesson can be learnt from the recent incident of a vessel at anchor that got caught in cyclonic waves and drifted onto the nearby rocks and got stranded. The crew who were in distress then tried to avert a tragedy by escaping too early from the stranded vessel in their survival crafts. Later it was found that some of the crew went missing while rafting ashore.

As luck would have it, the vessel despite the fact that it was partially waterlogged, stood high and felt abandoned. Had panic not gotten onto the decision makers, the situation might have been different.

Folks onboard may be physically and mentally exhausted after giving in a good fight with nature and their luck. There will be moments of losing control and a feeling of having possibly made wrong decisions. Fear of the inclement weather worsening will be quite soaring.

The Master of the ship who sits atop the decision pyramid is cursed nevertheless.

Unfortunately, for him the stress to abandon a ship is very high and even more when the abandoning has to be done before it is actually necessary. 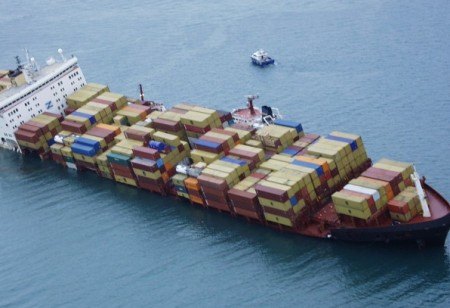 It is the Master who probably may feel guilty if things go haywire. Leading a crew into safety or danger depends on how he manipulates the situation. His decision is based on several rational factors and has to be totally unbiased. Stress and being under pressure are only a part of making appropriate assessments which may save a few human lives.

The Master’s best bet will be to be predictive and think about the various possibilities well in advance. He has to be fully mindful of the pressures he’ll experience if abandoned the ship too early, for then the raft will be the only refuge.

Either ways, taking the decision to abandon a ship is a very difficult one, especially under extreme pressure and weather condition. The master of the ship must keep his cool and consider all the necessary factors into consideration before taking such decision.